For better or, in a couple cases, for worse, a variety of engine manufacturers, component suppliers and OEMs found themselves among the top trending news items of 2022 on the Diesel Progress website. And while topics varied, six of the top 20 items focused on significant acquisitions, two addressed fraudulent product claim allegations and three highlighted major leadership changes – with a major corporate move thrown in for good measure. Presented here in descending order, you can revisit each of the top 20 news stories of the year by clicking the links in the headlines below. 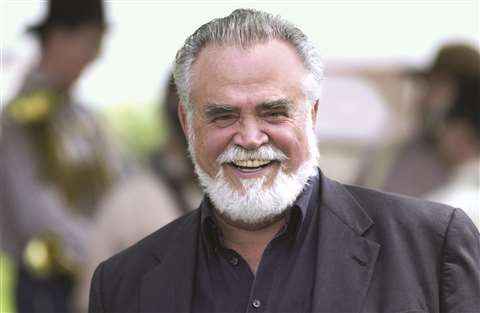 19. Another major “Path to Zero” purchase by Cummins
Cummins Inc. announced the signing of an agreement to acquire Jacobs Vehicle Systems (JVS), a subsidiary of Altra Industrial Motion Corp., and a supplier of engine braking, cylinder deactivation, start and stop and thermal management technologies.

15. Evans to lead Deutz in the Americas
David Evans has been named the new president and CEO of Deutz Corp., the Norcross, Ga.-based operation of German engine and power systems supplier Deutz AG.

12. Caterpillar suspends manufacturing in Russia
Caterpillar issued a statement on Russia and the Ukraine in which it said it was suspending manufacturing operations in Russia and making a significant financial donation toward relief efforts in Ukraine through the Caterpillar Foundation. The statement noted the company was “deeply saddened by the tragic events continuing to occur in Ukraine and hope for a peaceful resolution to the crisis.”

11. Nikola founder convicted in fraud trial
A jury in New York federal court found Nikola founder Trevor Milton guilty of one count of securities fraud and two counts of wire fraud in a case involving the electric truck maker. The government alleged that Milton made false claims regarding nearly all aspects of Nikola’s business in an effort “to deceive investors about the electric- and hydrogen-powered truck maker’s technology.” 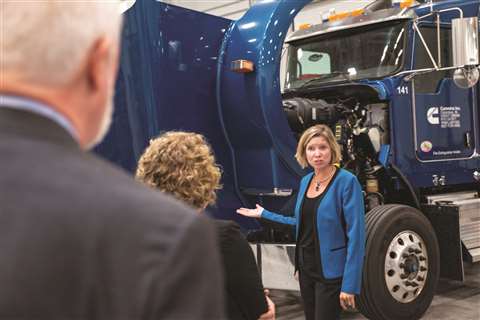 Jennifer Rumsey (right) became the seventh CEO and first woman to lead Cummins since it was founded in 1919.

10. Cummins, Werner to test gas and H2 engines
Cummins and Werner Enterprises, a large U.S. freight hauling and logistics specialist, announced they would begin validation and integration of Cummins’ recently announced 15 L natural gas and 15 L hydrogen internal combustion engines into Werner vehicles, starting in the second half of 2022.

9. Jennifer Rumsey named Cummins president & CEO
Cummins Inc. announced that, effective Aug. 1, 2022, Tom Linebarger will end his term as chief executive officer (CEO) and Jennifer Rumsey, president and chief operating officer (COO), will assume the role of president and CEO. Rumsey is the seventh CEO and first woman to lead the company since it was founded in 1919.

8. Cummins to buy out Westport’s share of JV
Cummins Inc. and Westport Fuel Systems Inc. have agreed to a share purchase agreement for the sale of Westport’s stake in the Cummins Westport joint venture, with Cummins to operate the business as the sole owner.

7. Korean tractor builder to invest $20 million in Georgia
South Korean agricultural equipment manufacturer TYM Group announced a major investment to expand its North American market share through large scale expansion of its production facilities in the U.S. Through North American subsidiaries TYM-USA and Branson, the company said it planned to invest more than $20 million into manufacturing facilities in Rome, Georgia.

6. Major leadership changes at Deutz AG
The Supervisory Board of Cologne, Germany-based engine manufacturer Deutz AG announced several changes to its senior leadership, including the immediate dismissal of Dr. Frank Hiller as chairman of the company’s Board of Management. Dr. Sebastian Schulte, previously chief financial officer and labor director, took over as chairman. 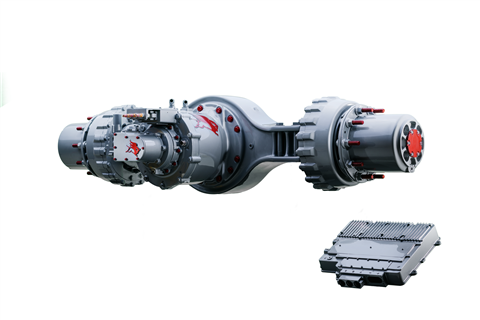 Cummins embarked on a spree of activity in the first months of 2022 that included acquiring conventional and e-powertrain specialist Meritor. (Photo: Cummins)

4. Caterpillar to move HQ to Texas
In a surprise announcement, Caterpillar Inc. said it was moving its global headquarters to the company’s existing office in Irving, Texas, from its current location in Deerfield, Ill. Chairman and CEO Jim Umpleby said the move was “in the best strategic interest of the company.”

3. Cummins buying Meritor
Cummins announced a definitive agreement to acquire global powertrain specialist Meritor for approximately $3.7 billion. Tom Linebarger, chairman and CEO of Cummins at the time, called the acquisition an “important milestone, adding, “Meritor is an industry leader, and the addition of their complementary strengths will help us address one of the most critical technology challenges of our age: developing economically viable zero carbon solutions for commercial and industrial applications.”

2. Hino admits falsifying emissions test results
Hino Motors admitted falsification of engine data covering the A05C medium-duty and the A09C and E13C heavy-duty engines. Engine emissions results were said to have been manipulated by using non-stock exhaust systems to produce the required test results. The deception was expected to affect more than 100,000 vehicles, or double the company’s annual sales in Japan.

1. Amazon places massive order for gas-fuel trucks
Online retail giant Amazon was reported to have ordered about 700 Class 6 and Class 8 gas-fuel trucks to help reduce the environmental impact of its logistics operations. Engines for the trucks were to be supplied by Cummins, with fuel systems delivered by Vancouver-based Westport Fuel Systems (WFS). 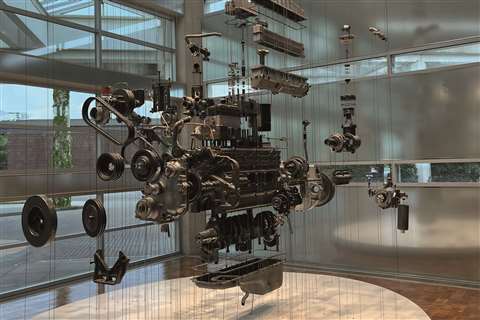 So who is DP’s Newsmaker of the Year for 2022?
Major acquisitions, new engine developments, new CEO highlights in a very busy year for this year’s recipient

What was the 2021 Newsmaker of the Year?
The pandemic lingered but the on- and off-highway industries prospered in 2021. 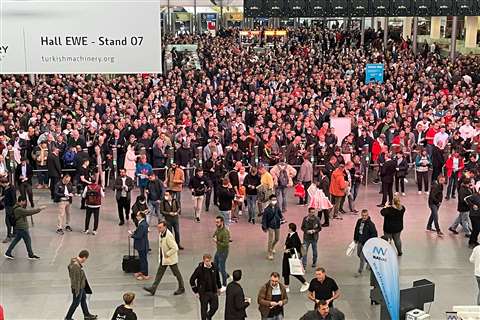