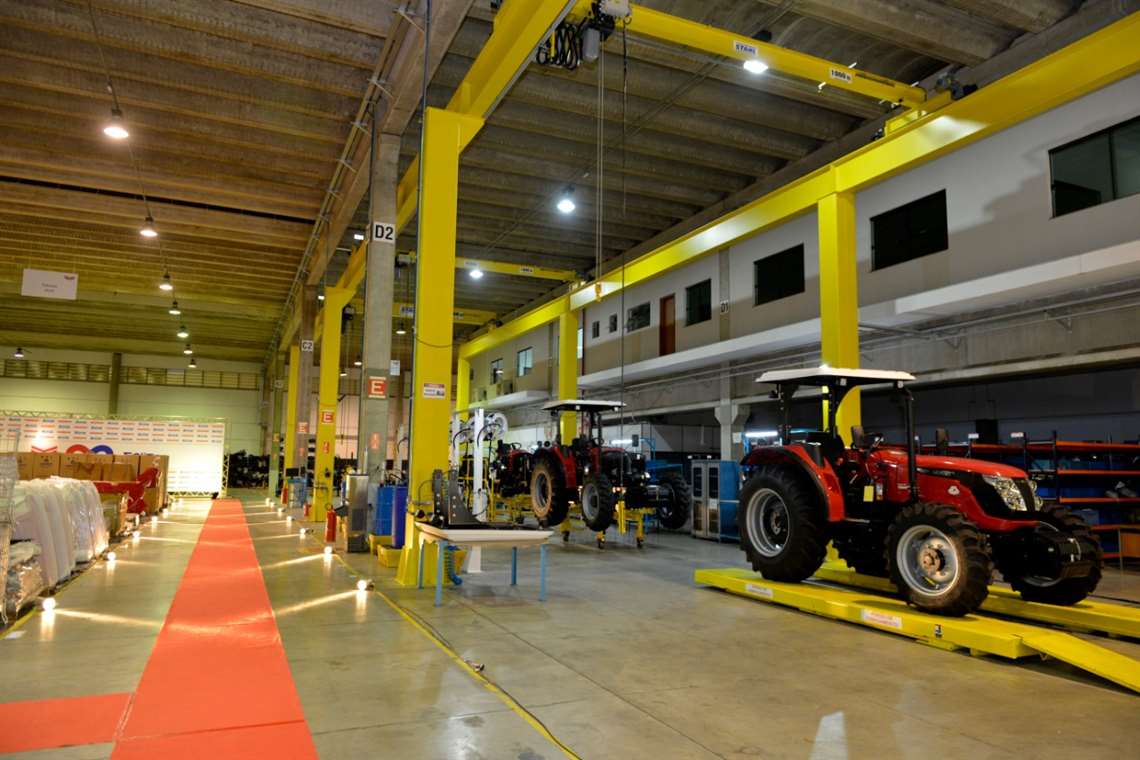 Yanmar South America has opened a new plant to make tractors in Indaiatuba, São Paulo, Brazil. Through a partnership with ITL (International Tractors Ltd.), the machines will be branded Solis.

Yanmar has been operating in Brazil for 60 years and has reached the milestone of 700,000 diesel engines produced. The facility now has 10,000 m², which includes a new pavilion, where the company expects to reach the production of 2000 tractors a year by 2020.  Indaiatuba plant was the company’s first one outside Japan.

“Indaiatuba has become more strategic for Yanmar operations in South America,” said Kenji Kitahara, Yanmar South America’s president. The facility counts on an assembly line of a high technological level and sustainable actions that are reference in the company.

Initially, Yanmar will produce Solis tractors, but the company said its intention is to include the Yanmar brand in the future. Besides tractors, generators and stationary engines will be manufactured in the plant.

In Brazil, Yanmar has another plant in Osasco city for the production of construction equipment and in Manaus for maritime engines.