Why diesel engines are here to stay 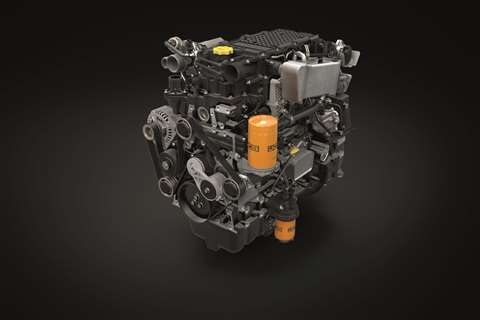 While electric-powered engines and engines using alternative fuels (hydrogen, methane, liquified petroleum gas) have been generating headlines, they still make up less than 1% of global engine sales for off-road applications.

As these new engines have been getting the positive coverage, diesel engines have been receiving an even greater amount of negative press, in part due to so-called ‘dieselgate’, where Volkswagen installed test defeat software on its diesel cars to help them pass emissions tests.

Government legislation has been brought in with the aim of cleaning up diesels, prompting the new Stage 5 and Tier 4 Final guidelines. China will bring in new emissions regulations in December this year. These regulations have largely failed to counter the public impression of ‘dirty diesel’, but that sentiment ignores the work original equipment manufacturers (OEMs) have been doing for years to dramatically cut the emissions produced by their diesel engines.

UK-based engine and off-road machine manufacturer JCB has been steadily reducing the emissions levels of its engines using some innovative techniques. Tim Burnhope, chief Innovation and Growth Officer, points out that the company has been looking to address the issue since the introduction of Stage 4 emissions targets. 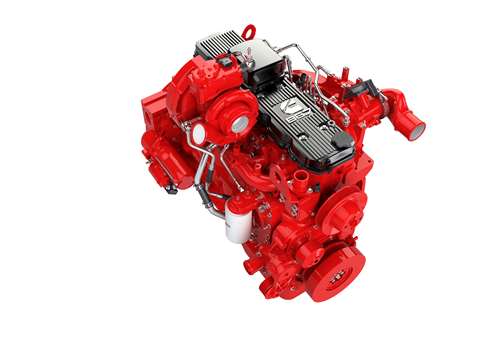 A Cummins B6.7 Performance Series – like other engine manufacturers Cummins has been reducing the emissions produced by its diesel engines

“While other engine manufacturers chose to meet the challenges [of Stage 4 compliance] by incorporating diesel particulate filters (DPFs), JCB developed a novel combustion process which meant that pollutants were dealt with in the combustion chamber, rather than finding their way into the exhaust gas to be dealt with later.”

With the introduction of Stage 5 requirements, which can be satisfied in large part with the addition of a DPF, JCB looked to avoid going down that route. Burnhope says that the company’s next-gen particulate technology combines a low-emissions combustion system with catalysts and filters, the hardware coming together to create a “sophisticated engine and aftertreatment control system”.

“It’s completely integrated, highly reliable, highly effective and invisible to the customer,” he observes. “This latest generation of engines have almost eradicated harmful emissions. Nitrogen oxides (NOx) is down 97% and soot particulates are down by 98%. Beyond that, JCB’s clean diesel tech has helped deliver a 43% reduction in CO2 emissions.”

US-based Cummins has also been working to reduce the emissions produced by its diesel engines. The company’s Performance Series engines are a case in point. In addition to supporting electronic and physical ‘tailoring’ to adjust power output to suit a given task – and in doing so, also helping reduce emissions – the engines include the Single Module aftertreatment system.

According to material forwarded to International Construction by Cummins, the system ‘comes with leading combustion and air handling technology that supports engines to meet and exceed Tier 4 Final and Stage 5 ultra-low emissions levels without the need for cooled exhaust gas recirculation’.

The Single Module combines a diesel oxidation catalyst (DOC), a DPF, and a selective catalytic reduction urea dosing technology, all in a single unit. This is described as offering OEMs a ‘simpler and lighter’ installation to help minimise costs.

Removing the EGR means that these engines have a reduced overall weight and simpler design, supporting easier installation and maintenance. No EGR also helps to reduce cooling requirements, which in turn translates to the unit taking up less space in the engine compartment. In addition, lower weight helps to improve fuel efficiency, further contributing to lower overall running costs and reduced emissions. 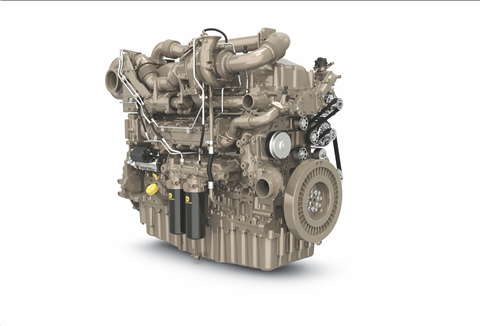 A John Deere 18.0 L engine – John Deere has engineered the JD18 to where it no longer needs a dedicated aftertreatment system

The engines also use stop-start functionality to reduce fuel consumption. This alone can deliver up to a 10% improvement in fuel economy. The system is integrated into the electronic control module with the OEM’s own machine controller software.

The OEM controller monitors machine operating parameters (intake manifold temperature, engine load, fan operation, etc.) and communicates to the ECM when it is appropriate for the machine to shut off.

The Cummins Performance Series engines cover a wide range of power outputs, from 55 to 503 kW (74 to 675 hp). This allows customers to select the specific power level for a given application.

Positioned above the most powerful Cummins Performance Series engine is the John Deere JD18. Delivering up to 676 kW (907 hp), the new 18.0 L engine carries over some of the key economy improvements introduced on other recent John Deere engines.

Nick Block, director of Global Marketing and Sales at John Deere Power Systems, said, “The JD18 shares a series of features with the JD14 [13.5 L, 510 kW (684 hp)]. It’s the second in a new era of products for John Deere that are engineered to address specific customer and market needs.”

As part of this, the JD18 includes new combustion technology, including a simplified air intake system. This features fixed and wastegate turbos, which help the engine to meet Stage 5 and Tier 4 Final emissions standards without any aftertreatment. As with the Cummins engines, this cuts excess weight and overall engine size.

Unlike the Cummins Performance Series or JCB diesel engines, John Deere has engineered the JD18 to where it no longer needs a dedicated aftertreatment system, which in turn eliminates the need for diesel exhaust fluid (also called urea or AdBlue). In addition, the manufacturer says that high-pressure common rail fuel system supports optimised fuel consumption, while a diamond-like coating (DLC) allows the engine to use biodiesel without any ill effects.

Is diesel clean for the environment?

German engine manufacturer Deutz has an all-new, clean sheet diesel engine under development which can reduce fuel consumption by a further 10% over previous versions with a comparable displacement and output. 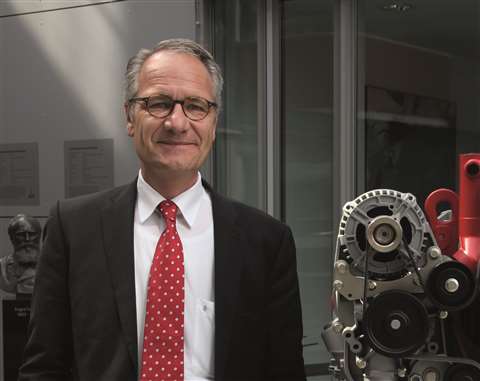 Dr. Markus Schwaderlapp, senior vice president for Product Development, Deutz, says this serves to highlight how there is more to come when talking about diesel engine fuel efficiency. If net zero CO2 output is the goal, it is e-fuels and biofuels which will lead the way. However, he says that the potential of these fuels is being undermined by the way engine CO2 output is measured.

“If you want to achieve zero CO2 emissions with an internal combustion engine, then the answer is e-fuels, biofuels. At the moment, neither of these are counted as net zero CO2 fuels, while hydrogen is,” he says.

“If you have a regenerative fuel, that’s a closed cycle and there is no additional CO2 being emitted into the atmosphere. In Europe, we’re just considering tailpipe emissions and when you burn e-fuels then CO2 is coming out.”

He adds that this is one of the reasons why Deutz is now developing a hydrogen fuel internal combustion engine. But the engine manufacturer is far from done when it comes to developing diesel engines. Schwaderlapp says there is still room for improvement, including friction reduction across the cylinders, pistons, rings and other components. He adds that there are also plans to remove EGRs from engines, which alone will improve fuel consumption by 3-5%.

How is this possible? “The EGR reduces the NOx output. As our aftertreatment systems become more efficient, we can live with more engine-out NOx and that improves overall engine efficiency,” he explains.

Essentially – and somewhat counterintuitively, when considering emissions reductions –allowing an engine to produce more NOx helps to achieve a thermodynamic optimum. The NOx is then treated in the SCR system, the EGR is removed and the change results in a reduced amount of CO2.

Schwaderlapp says that Deutz is considering a series of other routes to cutting diesel engine emissions for meeting future Stage 6 and Tier 5 emissions standards. These include using a controlling catalyst heater which, positioned before the DOC, can support increased efficiency across the aftertreatment system. 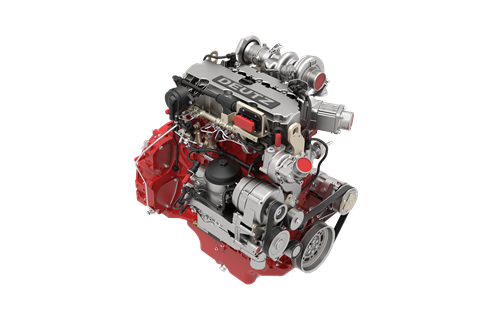 The new Deutz TCD 5.2 with eBoost

Adding and removing hardware as individual systems become more efficient is clever, but smart control via software is what ultimately controls that functionality. “We’ve improved the catalyst, but we have also improved the software,” says Schwaderlapp. “We have closed-loop control of the EAT system, it’s now much more intelligent.”

In addition to the hydrogen fuel engine, Deutz is also continuing to develop electric powertrains. But Schwaderlapp believes that electrification is not an umbrella solution which will go on to replace the internal combustion engine.

“You have big tractors with 400 hp diesel engines. They’re working day and night, ten hours for each shift, using 600 litres of fuel per shift. The energy density of that fuel is equivalent to a battery weighing more than ten tonnes. Even if the battery mass problem could be solved, the tractor can be refuelled in five minutes. The batteries would need many hours to recharge. Electrification is no direct replacement for this and even hydrogen would be a challenge, the tractor would need frequent refuelling.”

There are also issues with national electricity grids. He says that about 20% of all delivered energy is electrical and there are plans to increase this to about 40%. Even if this could be achieved with upgrades to the grid networks, it would see the remaining 60% of energy demand still fulfilled with chemical energy. 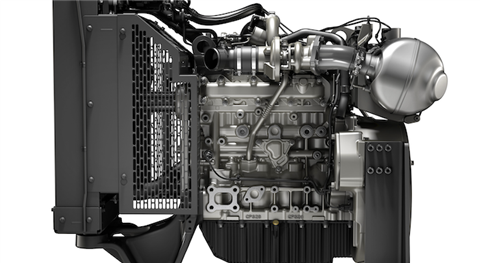 Perkins is expanding its current Industrial Open Power Unit (IOPU) offering with the introduction of two new 2.8 and 3.6 litre models

Such a future might leave alternative fuel proponents up in arms, but there are some noteworthy positives to consider. According to Schwaderlapp, there are new diesel engines under development at Deutz with an efficiency rating of around 47%.

Further, there are ongoing discussions covering legislation requiring additional reductions in NOx emissions. “We have been talking about cutting NOx output by another 90%. That’s on top of the 97% reductions we have made since 2000. If that was done, engines would be emitting 0.3% of the NOx compared to 20 years ago,” he explains.

These new emissions reduction strategies and the potential of biofuels and e-fuels add up to the cleanest diesel engines which have ever been produced. Despite the benefits, it remains to be seen whether politicians will take that into account before considering diesel engine bans in some applications and locations, such as built-up urban areas.

“People will always remember dirty diesel,” says Schwaderlapp. “But the industry has done a great job reducing emissions. What needs to be remembered is that internal combustion merely serves as a scapegoat for emissions caused by diesel fuel. Electrification will play an important role, but that will start with smaller engines and lower operating ranges.”

He adds that, even if there is a punitive increase in the price of diesel, “We cannot imagine a future in which the combustion engine will no longer be part of the drivetrain mix.” 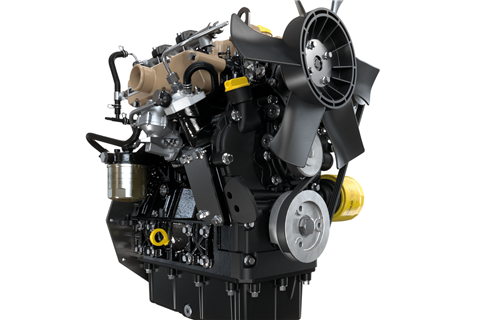 Kohler approves HVOs for all diesel engines
Using HVO will not affect maintenance, warranties of engines 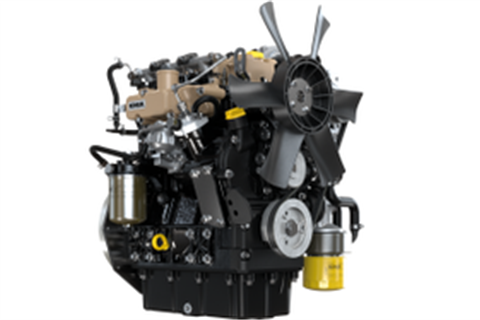 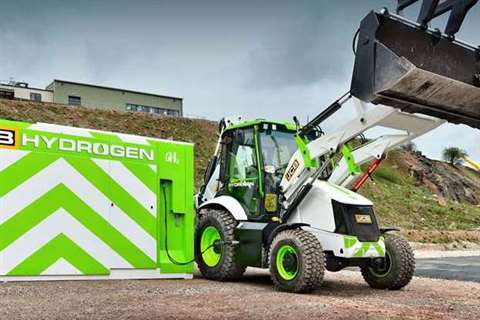