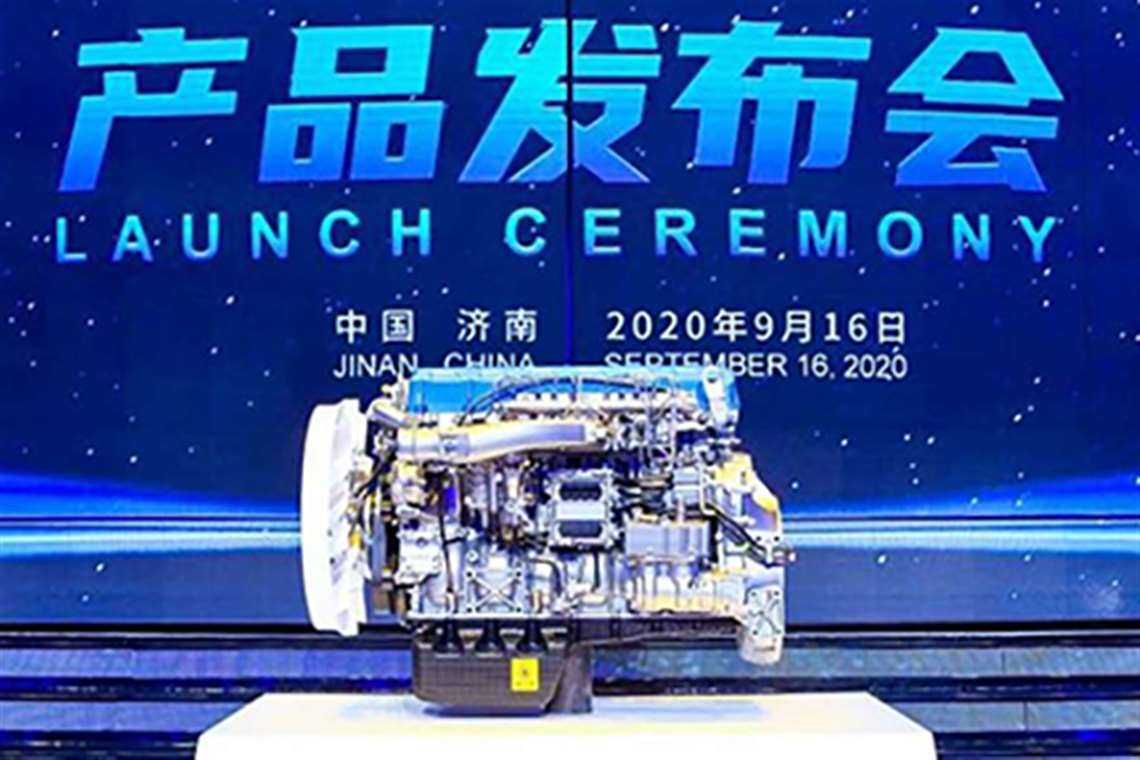 Chinese engine manufacturer Weichai Power and Bosch announced what the two companies called “a huge leap forward in engine technology.” The companies said they have successfully increased the brake thermal efficiency of Weichai diesel engine for heavy commercial vehicles to over 50%, setting a new global benchmark.

“In increasing the efficiency by four percentage points, we have jointly reached a new milestone,” said Dr. Volkmar Denner, chairman of the board of management of Robert Bosch GmbH. “Even though the diesel engine is nearly 130 years old, its development continues.”

Over the last 10 years, Weichai said it has invested more than $%4 billion on diesel engine development. It credits the high brake thermal efficiency rate to five proprietary technologies.

– Weichai said its fields synergy combustion technology optimizes the design of the air passage, fuel injection, combustion chamber profile and other systems to make the relationship between the velocity field and concentration field in the combustion chamber more harmonious, increasing combustion speed by 30%.

–  The company’s exhaust energy distribution technology, developed in response to the increased difficulty of emission control caused by improved combustion, led to reconstruction of the exhaust system design. The technology adapts to the demand for exhaust gas recirculation while ensuring the efficiency of turbochargers, meeting regulations and standards, and achieving 1% increase in brake thermal efficiency.

– Weichai said its subzone lubrication technology, developed based on the different characteristics of the friction pairs of the system, uses several friction reduction technologies to reduce the overall friction by 20%.

In addition to its common rail fuel system with injection pressure of 2500 bar (36,000 psi), Bosch also contributed its full technical know-how in fuel injection systems. When it comes to commercial vehicles, especially when heavy loads have to be transported over long distances, Bosch said the diesel engine will remain the preferred choice for the foreseeable future. For that reason, Bosch and Weichai said they aim to steadily refine the technology with an eye to protecting the climate and environment.

Bosch and Weichai, China’s largest manufacturer of engines for commercial vehicles, began their strategic alliance in 2003. Beyond engines, the two companies are also collaborating in other areas, including mobile fuel cell and driver assistance systems.

Weichai said it has received strong support from Bosch Group and other global suppliers and R&D consulting firms in the development of this program. Weichai’s future plans include partnering with more global companies to move toward a goal of 55% thermal efficiency, Xuguang announced during the ceremony.