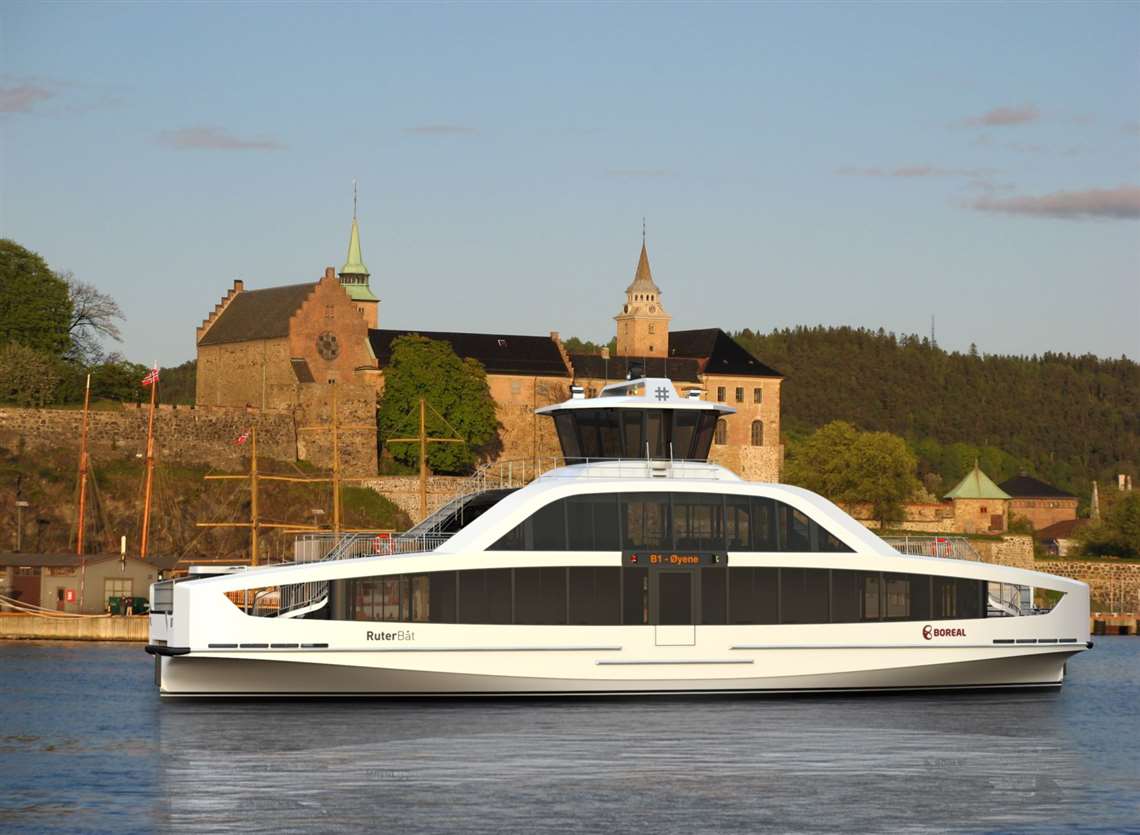 Turkish boat builder Sefine Shipyard has won an order to supply Norwegian operator Boreal with five electric ferries – each supported by two Volvo Penta D13 MG IMO III generator sets. The ferries will operate to and from the islands in the inner Oslo fjord and run scheduled services throughout the day.

Volvo Penta will start supplying the sets later this year, with the last two gensets being delivered by mid-year 2021. Each generator set will supply 265 kWe electrical power.

The vessels will each have a length of 35 metres, a beam of eight metres, and two passenger decks capable of accommodating up to 350 people.

The ferries will be built under DNV-GL Classification regulations. And while truly electric, given limitations in energy storage, should they need it, the vessels will be able to fall back upon range-extending power from the Volvo Penta sets. This will ensure schedules and passenger safety are not disturbed, said Volvo Penta.

The ferries will recharge at dockside where possible, with the batteries gaining additional electric propulsion provided by the Volvo Penta gensets as required. They are to be operated by Boreal subsidiary Boreal Sjø under a long-term contract signed with local transport authority Ruter. The new service will commence in November 2021 and is set to end in 2034.

The new ferries are part of Norway’s stated intention to electrify all passenger transport on Norwegian waters. The boats will replace the current diesel fleet.

The Volvo Penta sets connect to the ferries’ own control systems and are approved to run on hydrotreated vegetable oil (HVO – EN 15940).