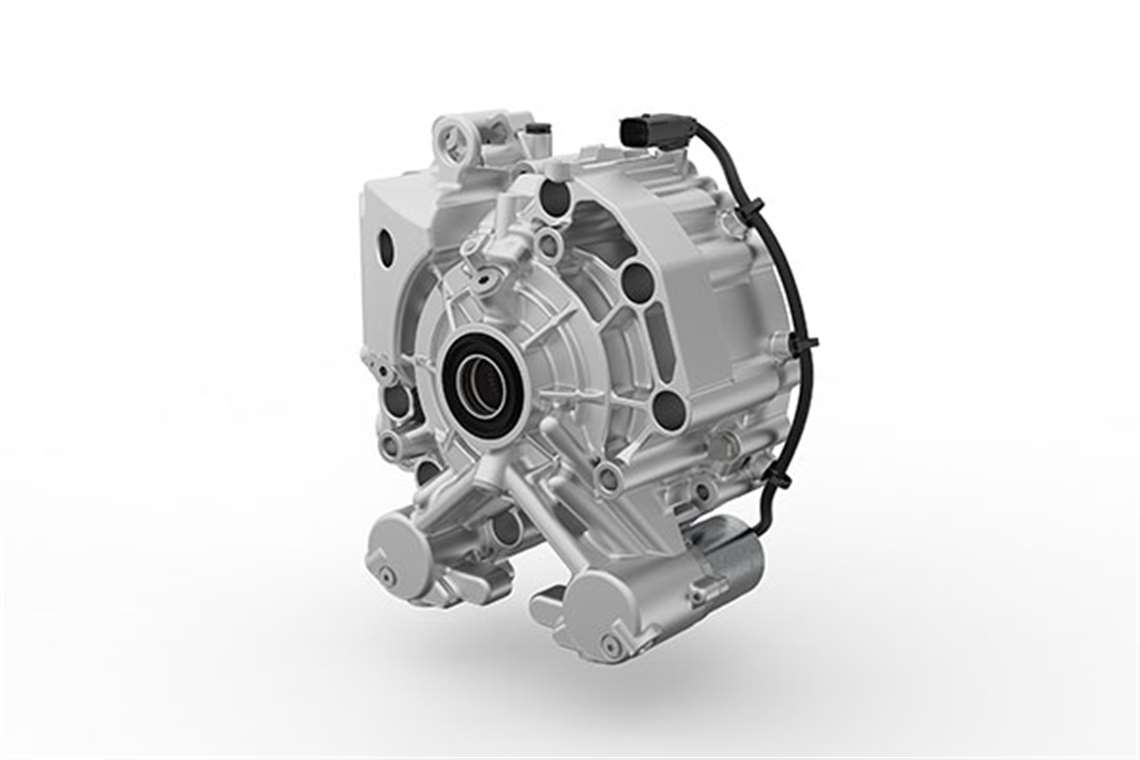 BorgWarner announced it has developed a torque vectoring system for electric vehicles which enables the use of one electric motor instead of the traditional two motors typically found on EVs. The company said start of production will begin in the first half of 2022 “for a major, global OEM’s electric vehicle.”

The BorgWarner Torque-Vectoring Dual-Clutch unit, which features two clutches – one inner and one outer – is designed to replace the conventional differential in an electric driveline.

The Torque-Vectoring Dual-Clutch commands torque independently, distributing torque to the left and right wheels from its position on the rear axle. The Torque-Vectoring Dual-Clutch, connected to one electric motor and featuring two reversible GenVI actuators (one per clutch), dynamically transfers torque for improved steering response and controllability. This system has a capacity of up to 2600 Nm per clutch and has a feature that disconnects the rear-axle when all-wheel drive isn’t needed. The vehicle then operates in front-wheel drive, resulting in reduced losses and increased range for electric vehicles.