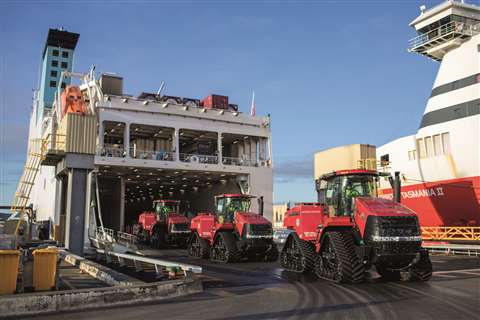 It’s been a journey two years in the making, but by now, three farm tractors should have already arrived for their first day at work in a place far from the factory in Fargo, N.D., where they were built.

Three Case IH Steiger 500 Quadtracs, powered by 12.9 L FPT diesel engines rated 500 hp, have been shipped to the world’s southernmost continent, Antarctica. There, they’ll be used to support the Australian Antarctic Division’s (AAD) aviation operations at Wilkins Blue Ice Runway, 45 miles inland from the permanent research outpost Casey Station, and also at the Casey Ski Landing Area, which is 9 miles from the station.

The tractors were shipped from Fargo to the Port of Melbourne in September and then made the trip across Bass Strait to the island state of Tasmania. From there, they travelled via road to Case IH dealership TTMI. For a few days, the special tractors were celebrated in various meet-and-greets and social media posts while dealer and Case IH personnel ran a few final updates. The Antarctica-based operating team was also given some training before the tractors were placed on a ship in Hobart, Tasmania, for the coast of Antarctica – 2126 miles away.

“This is a process that has taken several years because it’s not simply a case of delivering three of our regulation Steiger models,” said Jason Wood, Case IH Australia/New Zealand Steiger product manager. “To withstand the unforgiving environment they’re heading to and carry out the work they’re required to do to the very highest standard, they needed some critical modifications. They’ve had the likes of arctic hoses installed in key areas and heaters added for the warming of the coolant and engine oil before they’re started each time. The fuel tanks have even been tripled in size to increase their versatility.” 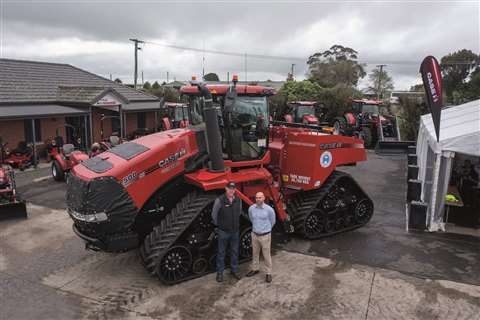 TTMI’s Longford, Tasmania, dealership supported the Case IH tractors, performing final updates and training the operators who will be in charge of the tractors once in Antarctica. Pictured are Case IH’s Jason Wood, left, and Greg Campbell, a product technical expert for CNH Industrial based in Australia. (Photo: Case IH)

Much of that work was performed in Fargo by Case IH neighbor Grouser Products Inc., a company that’s famous for developing and fabricating massive dozer blades for the front of four-wheel-drive tractors.

“This has been such a rewarding project for all the Case IH staff involved in the process, from the team in Fargo who built the tractors to our team here who’ve been privileged to take delivery of them for the final part of their journey,” Wood said.

Pete McCann, general manager of Case IH Australia/New Zealand, said the request had been a completely unique new one for his team, who’d enjoyed preparing the Steigers for something so far removed from their usual farming environment.

​However, it’s not the first time that farm tractors – or even Quadtracs – have been shipped to a region where ice and snow covers almost 98% of the land year ‘round.

Since 2008, the U.S. Antarctic Program has employed a fleet of the tractors to transport fuel and cargo between its McMurdo and South Pole stations. The South Pole Traverse follows a 1000-mile-long compacted snow route, a trip that can take up to 50 days. 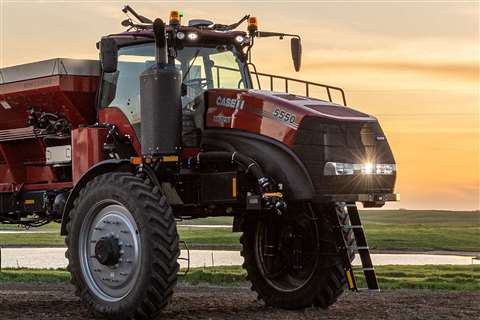 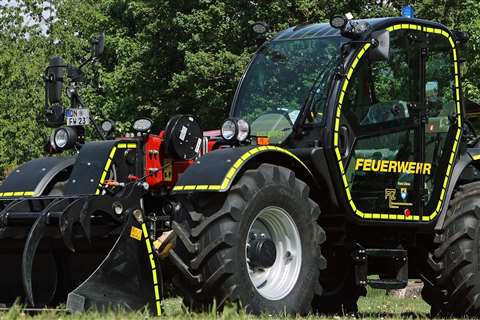