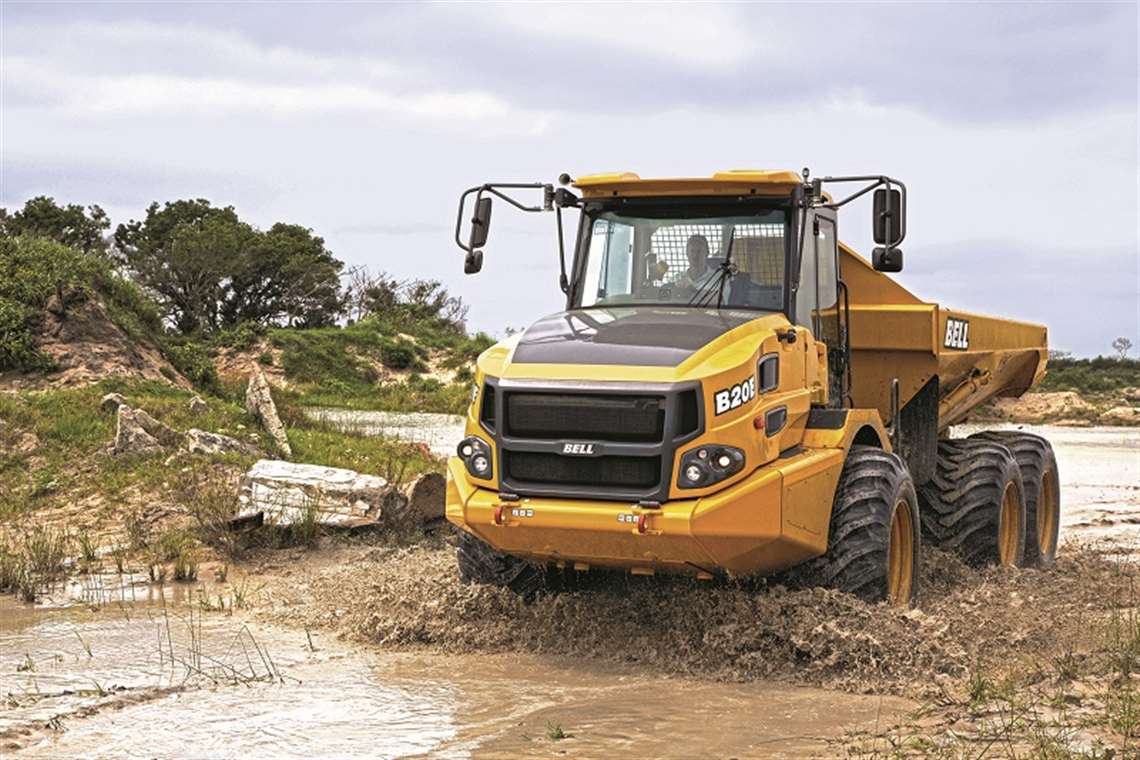 Bell Equipment, the global supplier of articulated dump trucks, recently received the first six Series 1000 and Series 1500 MTU engines from Rolls-Royce that meet the new EU Stage 5 emission standard. The engines cover a power range from 170 to 430 kW (227 to 576 hp). This had been preceded by a test phase of several years under the most adverse operating conditions in order to ensure the trucks would be guaranteed a reliable, cost-effective upgrade. To that end, MTU’s off-road engines were optimized to comply with the emission standard and a new exhaust aftertreatment system introduced.

In preparation for the more stringent emission requirements, Rolls-Royce had made two Stage 5 prototypes available to Bell for field trials in 2016 – an MTU 6R 1000 engine rated 260 kW (348 hp) and a 6R 1500 rated 430 kW (576 hp). Both were successfully tested in the hot, dusty climate of South Africa and for the tough conditions encountered at extreme altitudes of up to 3000 m, Rolls-Royce said.

Bell Equipment and Rolls-Royce with the MTU brand have been working together closely since the 1990s, with Rolls-Royce not only the supplier of more than 1000 MTU engines a year, but also the technology partner in all emission-related design and construction decisions, including the upgrading of the articulated dump trucks.

“During the field trials, we accumulated an enormous amount of experience that goes way beyond any simulation on a test bench, since the real-life interplay between the engine and the vehicle affects the behavior,” said Stefan Rudert, head of Sales and Application Engineering for Construction & Agriculture at MTU.  “Data obtained during the field tests, which we collected from sensors mounted on the engines was subsequently used in the configuration of the components,”

The new Stage 5 engines which Bell will successively incorporate into its vehicles, utilizes MTU’s current selective catalytic reduction (SCR) exhaust technology, with the addition of a diesel oxidation catalyst (DOC) and a diesel particulate filter (DPF), all of which will be installed in a compact one-box solution behind the driver’s cab.

To prepare for the upgrade to the new emission regulation, Rolls-Royce had around 100 MTU engines undergoing trials with various vehicle manufacturers. In total, over 110,000 operating hours were accumulated as a result, with individual engines running non-stop for more than 4000 hours. Since the trials had started at an early stage, the MTU engines were certified in accordance with the EU Stage V regulations by mid-2018, marketable and ready for series production.