Škoda Group has named Petr Novotný as president of Components & Bus Mobility. In so doing, the company has streamlined the management of two business units that originally operated separately. The company said the activities remain strongly connected and together have significant growth potential. 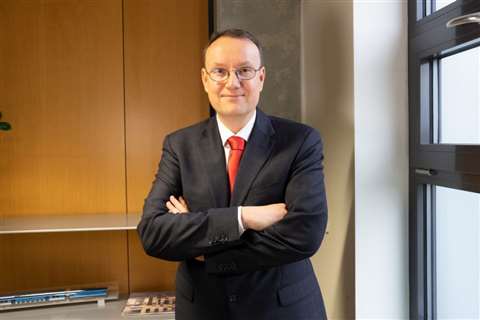 “We have decided to further streamline our organizational structure and are thus merging the management of our two business units Bus Mobility Solutions and Electric Systems & Components. Novotný, who has 23 years of management experience in multinational companies in Europe, Africa and Asia, is now in charge of both units,” said Didier Pfleger, CEO of Škoda Group.

Novotný will be responsible for the development of the group’s wheeled vehicle business, upon which the group said it plans to focus in the coming years. The potential in this sector, said the company, lies in the research and development of hydrogen propulsion systems, which have recently attracted interest from manufacturers and customers. Its second task will be to further develop the business in the production of propulsion and traction motors, which power rail and road vehicles worldwide.

Novotný studied economics at the University of Economics in Prague, and most of his corporate experience was gained during a 14-year period at Scania, where he first managed the finance department in the Czech Republic and Germany, then was responsible for financial services for South and East Africa and most recently held the position of managing director and member of the board of Scania India for three and a half years.

Based in the Czech Repubic, Škoda Group a.s. recently introduced a new hydrogen-powered bus, the Škoda H’City 12, during the InnoTrans trade fair in Berlin, Germany. The new bus is part of the company’s New Energy Vehicle solution for urban operations.

The company said hydrogen-powered buses put out low noise and vibration levels, something that is also typical for traditional electric buses. However, refuelling a hydrogen bus is considerably quicker, said the company, as there is no direct recharging of the batteries. Hydrogen is filled into the bus, which then reacts with oxygen from the air to produce electricity directly in the bus. This means that the vehicles do not have to wait at charging stations but are always ready to go into operation. Steam is then released into the air as a by-product of the chemical reaction.

The Škoda H’City 12 bus uses PEM fuel cells as its power source. This type of propulsion reportedly allows a driving range of up to 350 km on a single refuelling.

On the component side of the business, Škoda Group said deliveries for Western customers have become increasingly important.

Orders with external customers include Alstom (formerly Bombardier) for the supply of traction motors and their parts for the entire spectrum of rolling stock, where the total volume of deliveries is expected to exceed hundreds of sets of traction motor components.

The company said a new project for the supply of complete electrical equipment for special locomotives used for the purpose of maintenance and diagnostics of railway lines is also underway with the Italian company Tesmec.

Škoda Group said it is also working with Wabtec on the production of mechanical drives, including traction motors for locomotives in Kazakhstan. The group said it has already supplied the American company with equipment for more than 50 locomotives.