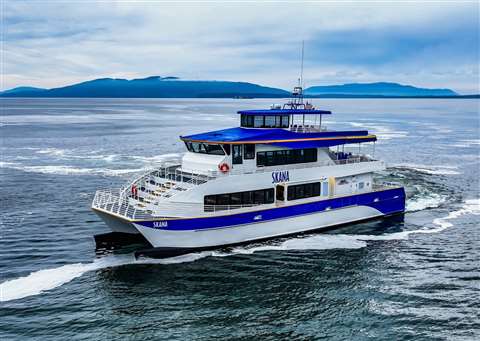 The second of two whale watching catamarans ordered by Major Marine Tours of Seward, Ak., has been launched. Both the 87 ft. Matushka, delivered in spring of 2021 and its sister ship Skana, launched this month, were constructed by All American Marine, Bellingham, Wash.

The engines drive Hamilton 422 waterjets that provide a top speed of 32 knots with a full capacity of 150 passengers and full fuel and up to 36 knots at lighter load levels.

“Knowing that fuel efficiency and speed were the primary driving factors behind the design and outfitting of the Spirit of Matushka and Skana, we knew that our engines would be the perfect solution,” said David Hughes, sales manager – marine products, Scania USA. “Our DI16 engines not only provided the performance and efficiency Major Marine required, but also were a quieter alternative, perfect for not disturbing the wildlife that passengers are coming to see.”

The new catamarans were specially designed to give passengers the best viewing experience possible. The bow is built with stadium-style standing areas for optimum wildlife viewing, a first for Alaskan whale watching vessels. Additionally, the third deck has unobstructed 360º views and is partially enclosed to block the wind while still enjoying the outdoor seating.

“All American Marine worked with us to refine our goals, build two proven vessels that met those goals, and then delivered,” said Colby Lawrence, Major Marine Tours vice president. “In fact, despite building two boats during the midst of a global pandemic they delivered both boats on time and on budget. These new vessels with their Teknicraft design and the Scania engines give us the capacity, comfort, fuel economy and speed that are revolutionizing the fleet for Major Marine Tours.” 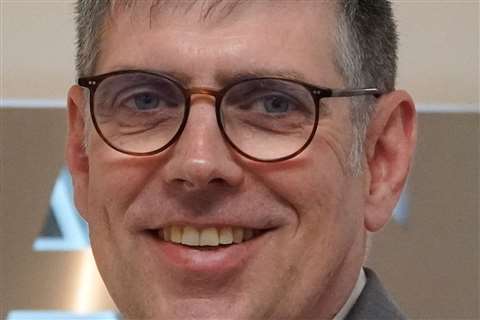