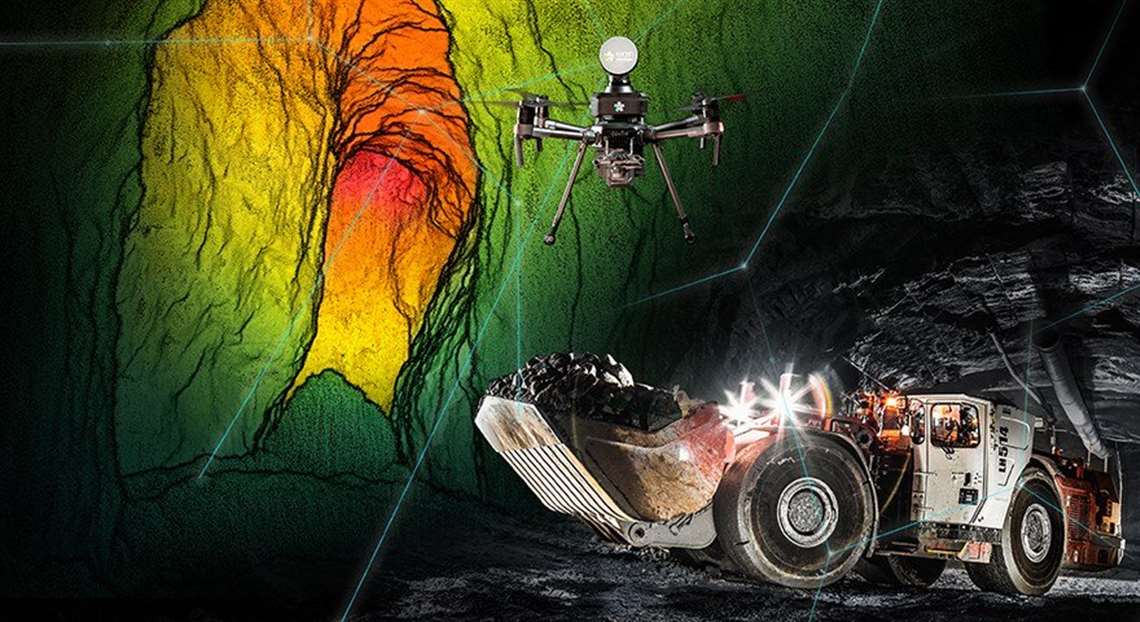 Customers are expected to benefit from the combination of Sandvik’s digital mining solutions and Exyn’s knowledge of autonomous aerial robot systems.

“We are committed to empowering a transformation to autonomy in underground mining,” says Patrick Murphy, president of Rock Drills & Technologies, Sandvik Mining and Rock Technology. “This partnership will open up unique benefits, build on our industry leading automation offering and drive faster decision-making in mining processes to seize new opportunities for improving production performance.”

Through the partnership, the companies will work together to provide solutions for mapping and visioning underground mines, especially in mine locations that are hazardous, hard to reach or conventionally time-consuming to survey and inspect.

Sandvik’s OptiMine combined with data collected by Exyn’s aerial robots create progressive visualization and information of the mine’s actual environment to increase overall transparency of the mining process. The future collaboration between Sandvik and Exyn will entail research on how to apply and generate 3D views and perceptions of underground spaces autonomously, while leveraging the full potential of Sandvik’s AutoMine system.

“We are excited about this new partnership with Sandvik as they are recognized as an innovator in the industry and have revolutionized underground mining,” said Nader Elm, CEO and cofounder of Exyn Technologies. “For the first time, customers will be able to map the entirety of their underground operations, even in dangerous GPS denied environments, while making mining safer and improving productivity. Through this partnership, we hope to empower efficient decision-making for customers and drive towards the vision of fully autonomous mining operations.”

A spin-off out of the University of Pennsylvania’s GRASP Laboratory, Exyn Technologies is headquartered in Philadelphia. It has pioneered autonomous aerial robot systems for complex, GPS-denied environments. The company’s solution enables flexible deployment of single or multi-robots that can intelligently navigate and dynamically adapt to complex environments in real-time.

Industries such as mining, logistics and construction can benefit from a single, integrated solution to capture critical and time-sensitive data.

Sandvik is a world leader in mining automation, implementing digital mining solutions for more than two decades. AutoMine covers all aspects of automation, from remote and autonomous operation of a single piece of equipment, to multi-machine control and full-fleet automation using automatic mission and traffic control capabilities. OptiMine is a solution for optimizing underground hard rock mining production and processes.