FPT Industrial was Technical Partner of the Red Bull Wake The City wakeboard competition that took place on Sept 4 on the water of the Darsena in the city center of Milan, Italy. 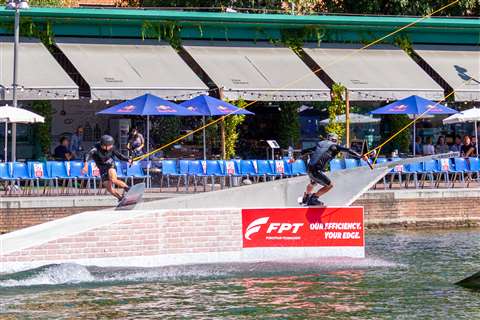 The competition among 20 couples of athletes was won by Jules Charraud and Clement Dominjon for the men’ race and Jamie Lopina and Maryh Rougier for the women.

Two units with N67 diesel engines, with a displacement of 6.7 L each, delivered a maximum power of 200 kVA each to power the two hospitality and sponsors areas, including the mighty sound system. Two other units with N45 diesels provided 100 kVA each to the race area in a parallel configuration to guarantee seamless power back-up to the critical electric consumers.