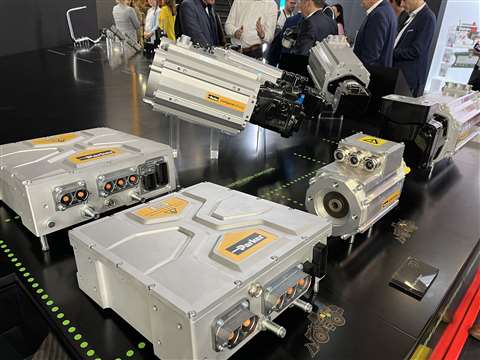 OEMs continue to seek a broader range of solutions to meet customer and industry demands for ever greater efficiency, with some going all in on power system advancements like electrification. Yet, when it comes to motion, Chris Griffin, group business development manager, electrification, for Parker Hannifin’s Motion Systems Group, believes it doesn’t have to be an all or nothing approach.

“We certainly don’t look at it as an either/or proposition,” he said. “Hydraulics are not going away. Hydraulics are rugged, they are very force dense and, in a lot of cases, they are the best way to do what they’ve been designed to do – which is move heavy loads, take shock loads and operate in dirty and dusty and wet and muddy conditions.”

Parker sees electrification not only as an opportunity to make hydraulic systems better rather than replace them, but as a pathway to help more OEMs make the energy transition. The company has spent the past few years realigning various segments of its business to enable it to do just that.

“We’ve seen a tremendous upswing in the number of projects, particularly with our existing hydraulic customers, where they’re looking to electrify,” said Griffin. “So, over the last four to five years, we’ve made some on-purpose changes to the organization in preparation for this.”

In 2017, Parker merged its Hydraulics and Automation Groups into the Motion Systems Group, bringing their engineering, commercial and operations teams under one operating structure to “be more efficient and productive in planning products for the future.” The group now focuses on electrification of hydraulics in mobile machinery as well as traction and propulsion control for both on- and off-road vehicles.

In 2019, the Motion Systems Group, along with the Aerospace Group, founded the Motion Technology Center near Parker’s Cleveland, Ohio, headquarters. The center’s technology development team was charged with exploring next-generation technologies for motion, much of it also centered on electrification.

More recently, Parker restructured several divisions to enable better economies of scale and, more importantly, to leverage the talents of those working in related project areas. As part of this, the electric motors segment was brought into the larger pump division to better explore how to generate improvements in hydraulic pressure and flow.

“We really wanted to bring those teams together so that moving forward, they’re looking at both halves of the solution: the electric portion and the fluid power portion,” said Griffin.

One result of this “marriage of the minds” is the Configured ePump. First shown at Bauma 2022, and soon to be on display at ConExpo/IFPE 2023, the Configured ePump was “born of a desire to leverage what we’ve learned over many years of combining motors and pumps in hydraulic systems and make it easier for the OEM to electrify that part of the system,” Griffin stated.

The system combines a hydraulic pump and electric motor into a preconfigured subassembly that can be ordered as a single part, eliminating “ala carte” ordering of each component as well as the need to mount them together. All of Parker’s standard pump technologies and GVM Series electric motors are available as part of a Configured ePump package.

Each subassembly is rigorously tested for optimal operation and performance prior to shipment. “An OEM doesn’t have to get a pump catalog and a motor catalog and try to work backwards through the numbers to figure out what the performance is going to be, what temperature is it going to operate at and how efficient is it going to be. We’re doing a lot of that testing [for them],” Griffin said. “We’re really trying to make the OEMs’ job easier by doing some of that upfront work. 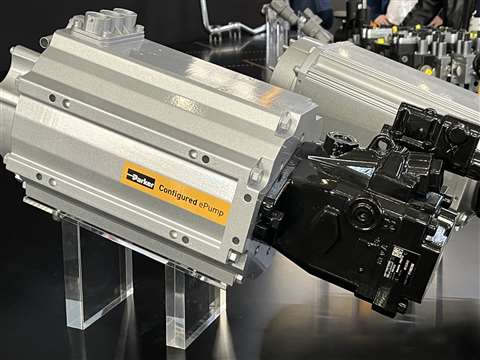 Maintaining performance is also easier. “You have one place to go if you have an issue. We’ll be in a very strong position to be able to... troubleshoot it and understand how much of this problem is likely originating from the pump side versus the motor side,” Griffin said. “We can leverage a lot of that experience that we’ve had over the years.”

All of this can help ease an OEM’s transition to alternative power. “A lot of OEMs are just starting the journey,” Griffin noted. “They’re taking their existing hydraulic system and they’re doing things to electrify it. By which I mean they’re making as few changes to the hydraulic system as possible apart from putting that motor/inverter/battery system in front of the pump.”

In such cases, the Configured ePump can serve as something of a “drop-in” solution to simplify the process. “But as these designs and these projects evolve, we certainly see them taking different approaches,” said Griffin.

For example, the packages could be used as part of a decentralized hydraulic system, where smaller pumps and motors are used for each axis of work in place of a large, centralized power source. “With that comes potentially less power consumption, maybe less maintenance, as well, because you’re not operating at the higher pressure, flow or duty cycle,” said Griffin. “You’re only operating these axes when they need to be operated.”

No one approach will fit all. “Every machine is different,” Griffin emphasized, “and there’s no cookie cutter solution to… developing these pretty sophisticated machines.”

“Efficiency is king,” Griffin said. “We needed to make sure that our inverter technology is designed to extract the maximum amount of efficiency out of the motor and, ultimately, everything that’s downstream of the motor. So, we took a lot of time to understand what’s the best technology and product specifications that would get the most out of our GVM series permanent magnet AC motors.” 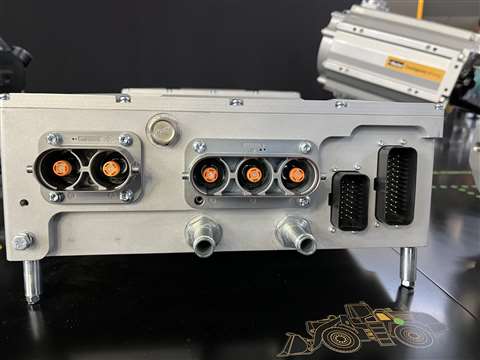 The next-gen product family includes three models rated 75, 125 and 250 kW continuous at 650 volts DC. They include functional safety certifications not yet common to mobile inverters.

“Up to this point, typically mobile inverters weren’t rated to any of the ISO safety certifications. That responsibility fell to the OEM or the integrator to make the whole system safe,” Griffin said. “What we did is we designed it with functional safety in mind.”

The new inverters are designed to adhere to ISO 26262 for on-road propulsion or ISO 13849 for hydraulic work functions. “Although it is the same piece of hardware, the software is different,” Griffin said. “For on-road, for example, it’s ensuring that when there must not be torque on the motor, we can guarantee to an extremely high level that there will not be… Or if we shut off the motor, that we’re able to discharge that high voltage that’s sitting in the DC bus as quickly and safely as possible.

“It’s similar with the hydraulic work function. It’s making sure that we’re able to eliminate current and torque from the motor so that someone can safely interact with it, not worried that it’s going to start up and injure them.”

Other adjustments were made to simplify wiring and connections, including the addition of quick-disconnect, heavy-duty electrical connectors. “Even something as simple as putting all the connectors on the same side - that was a conscious decision, as well, because... you have to think about the practicality of where the customer is going to put that,” Griffin said.

Additional features help to facilitate connectivity as well as data integrity. “We’re building cybersecurity provisions into the product, as well,” Griffin said. “And that’s going to evolve over time.”

Ultimately, the products Parker’s Motion Systems Group has introduced, and continues to develop, are meant to improve what has historically been a highly effective yet inefficient system, paving a path for future power system advances.

More efficient power draw for motion can, in effect, improve the business case for a battery-electric machine. “[Battery] technology has come a long way, but it’s still a finite source of energy,” said Griffin. “And depending on how you recharge it and how many hours a day you use it, etc., it has significant implications as to how successful that OEM’s machine is going to be.

“Anything that makes providing that DC power more reliable, and cost effective, will increase the opportunities from an electrification standpoint. As I mentioned earlier, I don’t see the hydraulics going away, per se. I see them changing. And I think that’s an opportunity for us.”

“There are lots of benefits to this electrified machinery. But at the end of the day, the business case has to stand on its own for these OEMs, and we want to try to help them achieve that.” 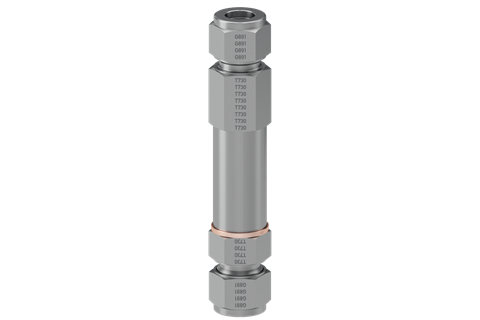 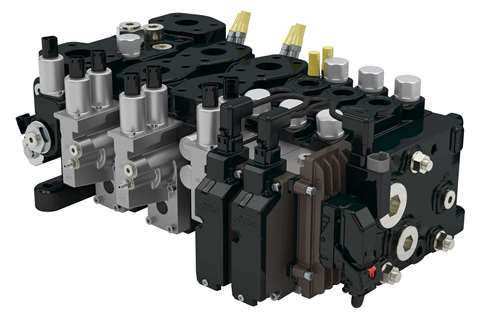 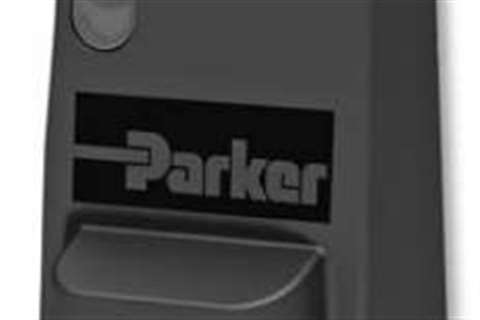