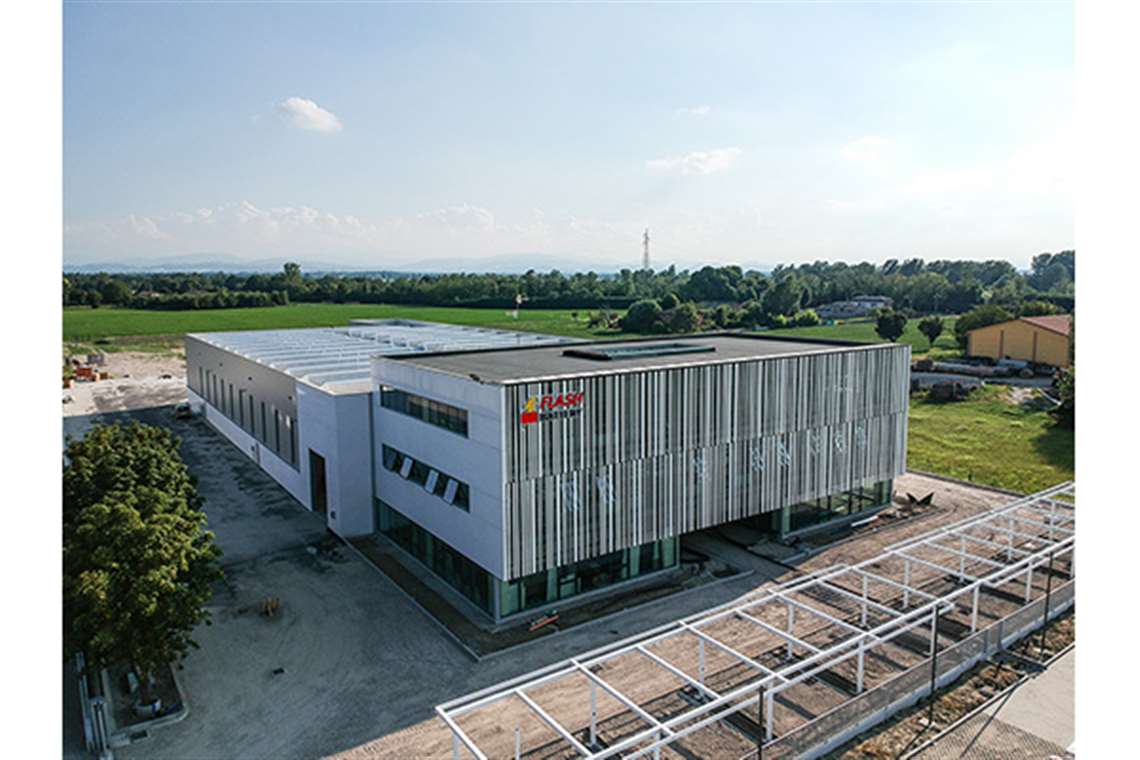 “Flash Battery” will no longer be just a trademark but will become the new name of Kaitek S.r.l., an Italian manufacturer of lithium batteries for industrial and electric vehicle applications.

The company name will officially be changed Aug. 1, hours before the company moves from Calerno to a new headquarters facility in Via XXV Aprile, in Sant’Ilario d’Enza (Reggio Emelia). The new facility is built on a 20,000 m2 parcel, with 1500 m2 of office space and 3200 m2 of production space, with the possibility of a further 5,000 m2 expansion.

“The new name,” said CEO Marco Righi, “basically aims to consolidate our company identity, instantly highlighting not just our industry category, but also one of the main features of our products: the recharge speed which gives us an essential competitive advantage in terms of the electric vehicle industry as well as a significant part of the manufacturing industry, which is progressively converting production to electric energy”.

All Flash Battery activities will be concentrated in the new facility, which is five times larger than the current premises. In the eight years since its founding, the company said it has developed an annual turnover of €14 million, with 56 employees — including eight hired this year during the COVID-19 pandemic — and exports to most industrialized countries,

“The effects of the pandemic have slightly slowed down production but have not stopped the plans to enlarge and consolidate our research and development, design and marketing areas as well as innovative international projects,” said Righi. “These are the main areas where the new professional figures hired during the first six months of 2020 will work and a further five who will be hired before the end of the year, taking our workforce to over 60 people.”

On the eve of the move to the new premises, the company said it has also signed an important agreement with EFA France, a European specialist in electrification technologies.

“This partnership” said Righi, “is all about innovation and is aimed at a market, namely the transalpine one, which offers many opportunities for expansion, because it is particularly sensitive to the theme of electrification, just like the German market. It comes as no surprise that France and Germany are the foreign markets where we are investing the most”.