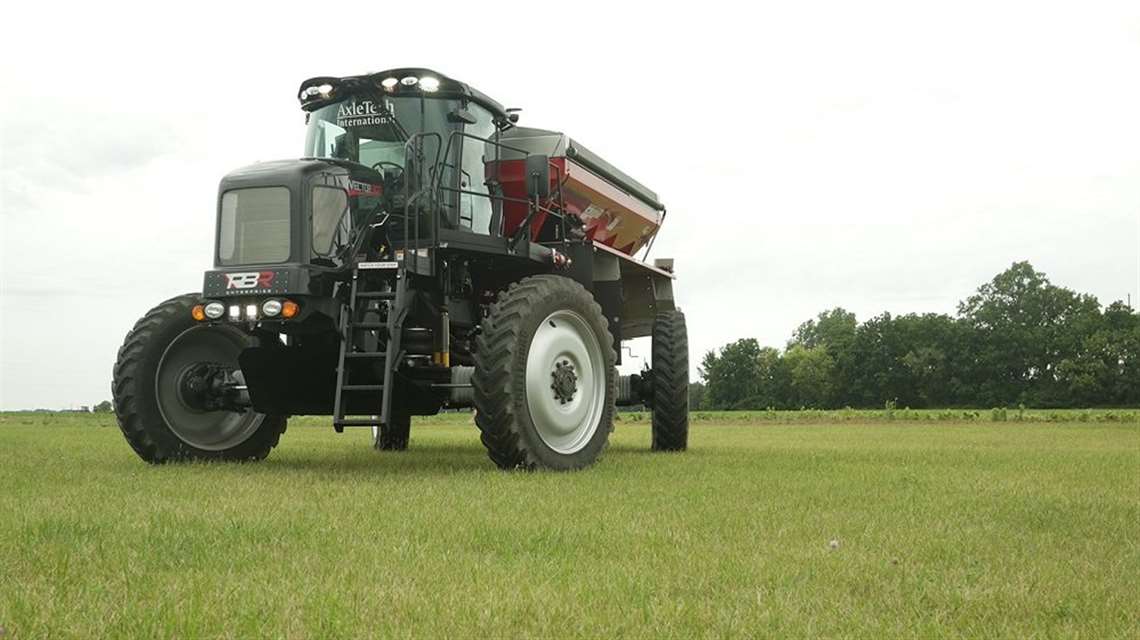 AxleTech International, a global supplier of specialty drivetrain technology, announced it has partnered with RBR Enterprise, a Byhalia, Miss., manufacturer of agricultural application equipment, to develop and bring to market a new row crop applicator to increase farming productivity.

RBR is introducing its new Vector 300 row crop applicator with AxleTech variable track axles. The applicator incorporates mechanically-driven steerable axles that allow for a 15 in. extension per side, 150% more than the extension of conventional designs, AxleTech said. At the push of a button, the operator can adjust the axle track width from the cab using a touch screen. There are five preset track widths — 114, 120, 132, 138 and 144 in. — to accommodate varying row crops, as well as custom settings.

“This axle system will significantly improve the efficiency and performance of our equipment,” said Jason Eaton, general manager of RBR Enterprise. “Our strong partnership with AxleTech has produced an innovative new product that we are excited to introduce.”

The AxleTech variable track axles have a gross axle weight rating (GAWR) of 32,000 lb. A key feature to the Vector 300 is its four-wheel steering, which allows for a tighter turning radius. This also allows the applicator to perform crab steering, which greatly enhances control when operating on a hillside.

“The variable track axles are an example of AxleTech engaging customer and employees on technology collaboration. We always aim to provide our customers value through innovation,” said Jay DeVeny, vice president of Engineering at AxleTech.

The Vector 300 with variable track axles debuted at the MAGIE show in Bloomington, Ind.

A video on the AxleTech variable track axles is available here.