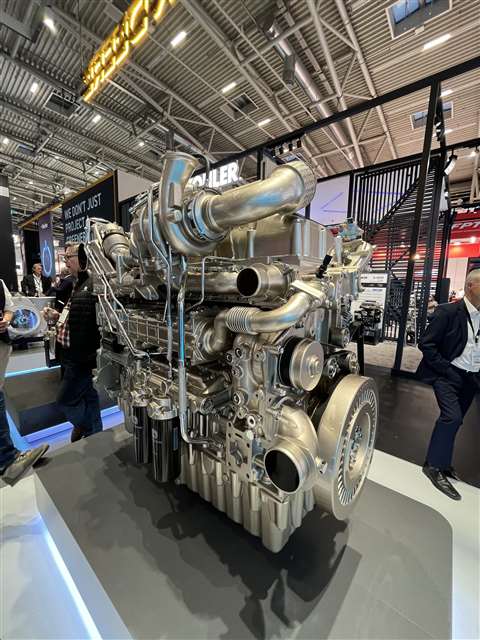 Bauma 2022 provided a forum for John Deere Power Systems (JDPS) to highlight advanced power system technologies, with particular focus on a new engine architecture intended to “future proof” its large engines. The first engines based on this architecture are the JD14 and the JD18, both of which were on display during the event.

Like many engine suppliers, JDPS has expressed a commitment to maintaining peak engine performance while offering sustainable fuel solutions that integrate alternative fuel technologies. Its next-generation engine architecture positions the company further along this path.

“What’s new about the architecture is it’s future proofing our large engines in two ways. Number one, we now have rear geartrains, so it gives them much more flexibility for auxiliary power on the equipment that they’re situated in,” Nick Block, director, sales and marketing, JDPS, explained. “A second key thing is they have overhead cams. [The overhead cam] gives us better fuel economy, which is really important for lowering carbon. The other thing it allows for is the flexibility to introduce alternative fuels to diesel over time.”

The JD18 builds upon the JD14 while delivering a higher power output. It is rated 700 to 907 hp at 1900 rpm and supplies 3135 lb.-ft. of peak torque. Its rear geartrain produces increased direct power with the option of one or two rear aux drives for a total 665 lb.-ft. maximum torque.

Both engines incorporate an electronic high-pressure common rail fuel system and air-to-air aftercooled turbocharging. For even greater performance, the JD18 offers in-series turbocharging with a single or dual turbo. “At peak torque, there is about 3135 ft.-lb., so it really gives us that lugging capability for a lot of the applications it gets into,” Block said. 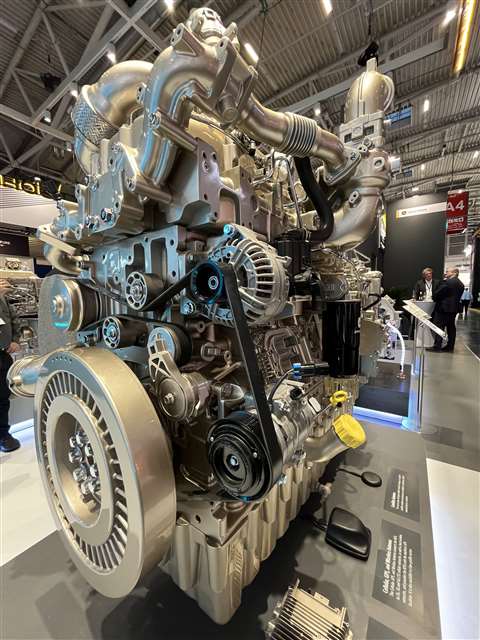 Both the JD14 and JD18 are currently capable of burning hydrogenated vegetable oil (HVO) and biodiesel up to B20 as a direct diesel replacement. (Photo: Diesel Progress staff)

While particularly suited for construction and agriculture, the engines can be used in other applications requiring higher power and torque, such as large pumps. “They’re going to be [in applications] at the higher power level where it will be difficult to electrify, so a fuel-based engine is still going to be required,” said Block. “In many cases, diesel would be the prevalent fuel source.”

Both the JD14 and JD18 are capable of burning hydrogenated vegetable oil (HVO) and biodiesel up to B20 as a direct replacement for diesel. The intent is to move into other sustainable fuel options and technologies in future utilizing their next-generation engine architecture.

“Because of the location of the cam, now you can access it to be able to add that technology later, plus spark ignition will be a key technology that you can add,” Block noted. “When the cam is not easily accessible, it’s more difficult to [implement] those alternative fuel technologies.”

JDPS has chosen to concentrate initially on liquid alternatives to diesel but is investigating gaseous options, including hydrogen, as well. “If you add spark ignition to it, then you can start to look at other fuels like methanol, biomethane, etc.,” said Block. “So, there’s another host of alternative fuels that spark ignition can help address. And that’s technology we can layer on top of this.

“Our intent and our strategy is by 2026 to have the technologies defined that give us that flexibility for sustainable carbon reducing technologies for combustion engines. They maybe won’t all have the same approach, but they’re all going to have an approach that allows CO2 [emissions] to be reduced.” 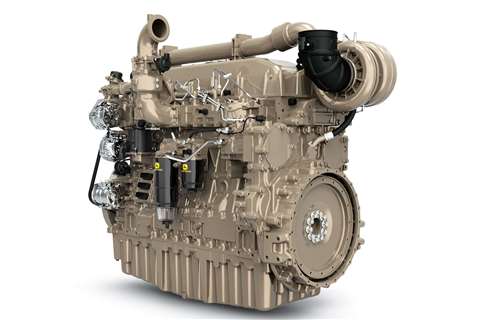 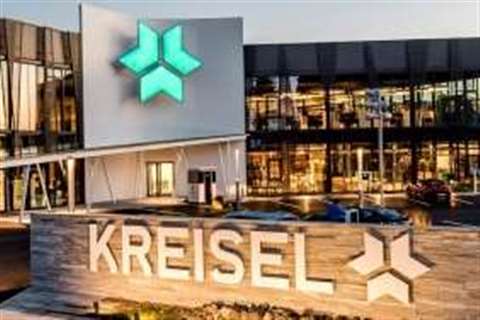 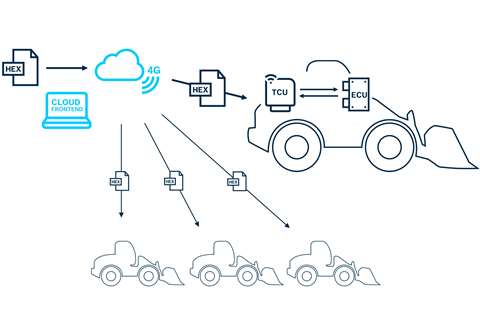 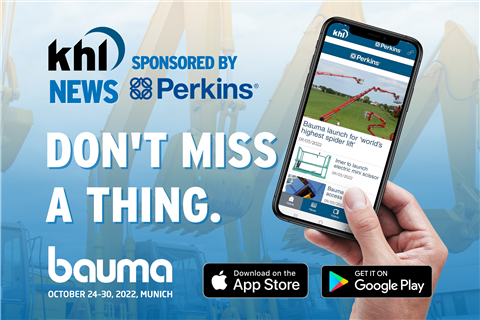