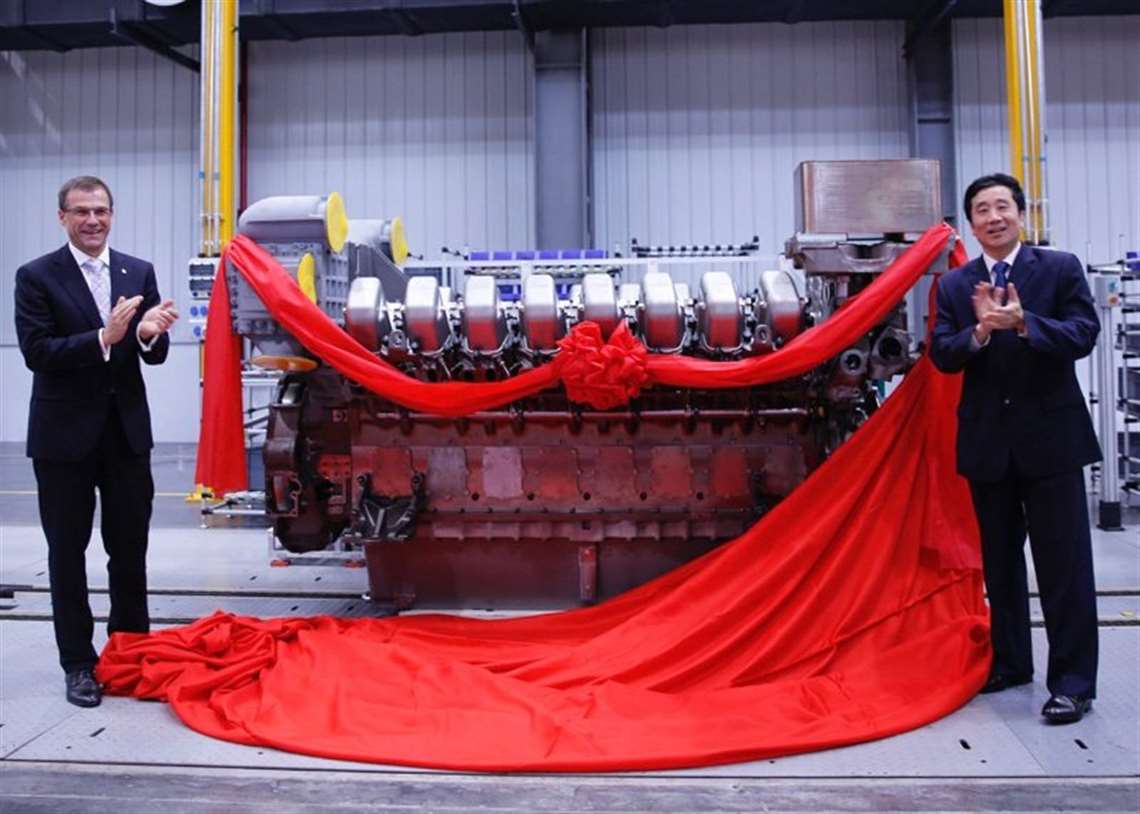 Since the joint venture received all the necessary regulatory approvals in 2017, preparations for the start of production have been in underway.  Work to complete the assembly lines for high-volume series production are on-going, with a large test bench required for engines with power outputs of up to 4693 hp (3500 kW) and as many as 20 cylinders currently being calibrated.

Further, modifications to an existing production building in Yulin in southern China have been completed, production facilities installed, and logistics and quality processes agreed on. Members of the Yuchai workforce have completed training in MTU engine production in Friedrichshafen, Germany.  In future, they will manufacture MTU engines in Yulin in accordance with the same quality standards that apply in Germany and the USA.

“With the MTU Series 4000 engine, we have precisely the kind of product the market in China requires,” said Rolls-Royce Power Systems President Andreas Schell. The constant increase in the demand for energy in China and the neighboring countries, in addition to the strong demand for energy resources have created a market for power generation facilities and for the oil and gas industry.

The components needed to produce the engines at MTU Yuchai Power will initially come from Germany. Suppliers in China capable of delivering parts of the same quality will gradually be added at a later stage. “We will accept no compromises in terms of quality and delivery reliability. It is a responsibility we have towards the MTU brand and our customers,” said Schell.