More on Cummins moves toward net-zero

It’s not uncommon for companies to declare new strategic directions. Nor is it unusual for it to take some time before actions match those new strategies.

In late January, the company unveiled its “Destination Zero” plans, aimed at reducing greenhouse gas (GHG) and air quality impacts of its products and reach net-zero emissions by 2050, while doing it in ways intended to allow it and its customers to maintain their businesses in a sustainable way.

That declaration was followed by a series of significant, concrete steps toward expanding and enhancing its ability to deliver low and ultimately zero-carbon solutions to the market.

Highlighting those moves were several acquisitions and a new engine strategy aimed to deliver lower-carbon, alternative fuel engine options as soon as 2024.

Cummins’ $3.7 billion acquisition of Meritor, announced Feb. 22, is the largest in the company’s 103-year history and the Troy, Mich.-headquartered supplier of conventional and electric powertrain technologies will provide significant opportunities immediately and for the longer term, according to Cummins Chairman and CEO Tom Linebarger.

“Meritor is an industry leader in axles, brakes and electric powertrain capability and brings complementary strengths to Cummins that will strengthen the portfolio of our core business and help accelerate the development of zero-carbon solutions within our New Power business,” Linebarger said. “Meritor’s core axle and brake businesses bring to our Components Business products that are powertrain agnostic. By leveraging a common sales network and global footprint, we expect to raise growth rates in both axles and brakes.” 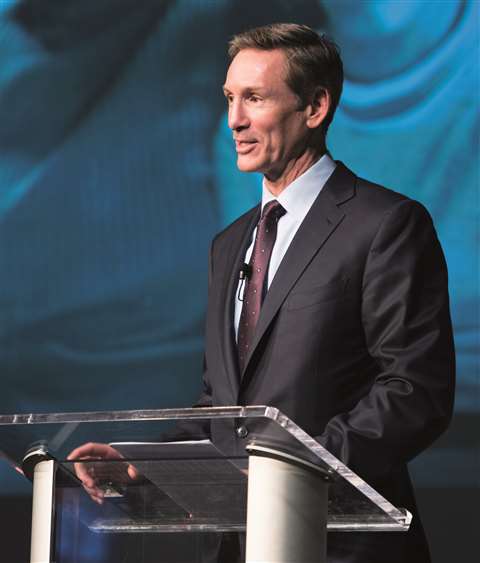 Even more important is Meritor’s position in electrification. Over the last several years Meritor has made significant investments in the development of electric axles for on-highway trucks and other applications such as forklifts and port terminal tractors. Those products are a natural fit for Cummins New Power’s portfolio.

“We have done strategy work in our New Power area to see what are the key systems and components that we want to invest in versus purchase outside,” said Linebarger. “And e-axles and traction kept arising as one of the places that we needed to be in a serious way.

“So we now have the brains of the operation, the battery, and now the e-axle and traction section to the electric powertrain. That allows Cummins to think again about whole systems and components much in the same way as we’ve been thinking about it from an engine point of view.

“We can now provide to OEMs a full range. You want a whole system? You want individual components? The e-axle is increasingly becoming the place where those components are centered. In an electric powertrain, you lose the engine as a place to hook everything to and the e-axle becomes the new engine block where you start to hook all the components to.

“That gives us a model to bring our components and systems approach to the market and also it significantly advances our technology in that area.”

Just over a week before the Meritor announcement, Cummins revealed plans for a new range of “fuel agnostic,” low-emissions engines that will be able to operate on a diverse range of fuels such as gasoline, natural gas, propane and ultimately hydrogen. The engines will initially be targeted toward transportation applications such as medium- and heavy-duty trucks and buses, among the highest volume and highest emitting segments in the engine industry.

“We know that our planet cannot wait for the perfect solution to happen,” said Srikanth Padmanabhan, president of Cummins Engine Business. “Instead, our approach needs to be a combination of using zero emissions power where it is available and using cleaner reduced lower carbon power where it is not. This I call ‘continuous improvement beats postponed perfection.’ 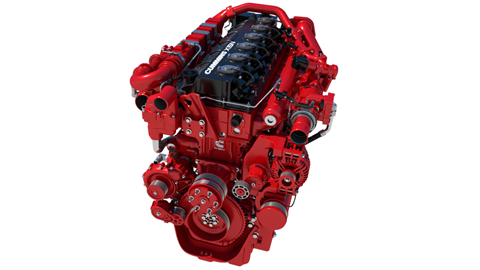 Cummins embarked on an amazing spree of activity in the first months of 2022 that included unveiling new fuel agnostic engines (shown). (Photo: Cummins)

“We need to take action now. Carbon emissions that we put into the atmosphere today cannot be taken back. This means anything we can do to start reducing the carbon footprint today is a win for the planet.”

The fuel agnostic engines will be based on the company’s current B6.7, L9 and X15 engine platforms, with an eye toward maintaining as much commonality as possible with their diesel engine counterparts. Overall, the engines are little changed below the head gasket, but the top end will incorporate new spark-ignition fuel systems tailored to the specific fuel type. Each fuel system will be engineered for the specific fuel and will not be dual fuel, said Jonathon White, vice president of Engineering for Cummins Engine Business.

“The bottom end of the engine looks the same and the top end can accommodate different fuels,” White said. “Each engine version can operate using a different single fuel.

“These new unified products will have 80% parts commonality and look and feel familiar to customers and technicians. The product architecture, engine footprint even service intervals are all designed around using the same parts and components where possible.

“In the past, we’ve adapted the diesel product for natural gas. In this case, we’re designing from the outset – all of these platforms will be capable of diesel, natural gas, gasoline and, in the future, hydrogen fuels.”

White added that in keeping with the efforts to maintain commonality, “we’re designing a combustion system for spark ignition and will make that as common as possible between the gasoline, natural gas and hydrogen.”

The first of the new engines will be available within the next two years, said Amy Boerger, vice president of Cummins North America On-Highway Engine Business. “They won’t be available all at the same point in time,” she said. “But they will start to roll out in the 2024 timeframe. 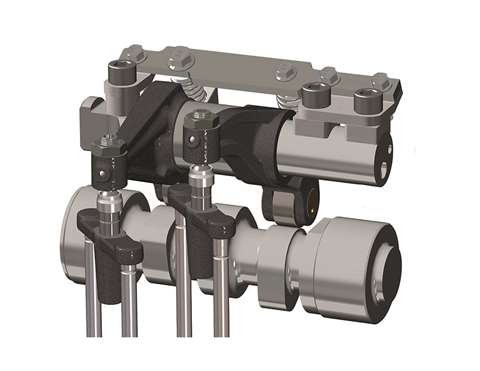 “The upfront cost of these engines will be much lower than moving to fully electric or fuel cell options. That’s critical to lowering the barrier for entry for fleets looking to adopt emissions-reducing technologies today.

“These engines will also deliver increased benefits to our truck OEM partners. The architecture and footprint of these engines will be similar across the current product platforms that will make it easier for the OEMs to integrate various fuel types across the same truck chassis. This means lower costs associated with vehicle redesign and any associated production line changes.”

Amid the news about Meritor and fuel-agnostic engines, Cummins also made several other moves, again aimed at making combustion engines more commercially and environmentally viable in the short and medium terms.

Just days before the Meritor deal became public, Cummins announced an agreement to acquire Jacobs Vehicle Systems (JVS), a subsidiary of Altra Industrial Motion Corp., and a supplier of engine braking, cylinder deactivation, start/stop and thermal management technologies, for approximately $325 million. That acquisition was preceded – again by a matter of days – by Cummins’ buyout of Westport Fuel Systems’ 50% share of the Cummins Westport joint venture that was established in 2001.

The Jacobs acquisition adds additional valvetrain expertise to Cummins, specifically in the form of engine compression brake systems – which ironically enough, were the brainchild of Cummins founder Clessie Cummins – and more significantly, advanced cylinder deactivation technology, which is considered an enabler toward meeting upcoming engine emissions regulations for medium- and heavy-duty diesels. “We believe their technology is key in our future engine platforms for braking,” said Jennifer Rumsey, Cummins president and chief operating officer, “as well as thermal management as we decarbonize those solutions.”

Complementing its natural gas engine business was the January completion of a joint venture agreement with Rush Enterprises-owned Momentum Technologies, a manufacturer of onboard natural gas fuel storage and delivery systems. (Photo: Cummins)

The Cummins Westport JV has developed and sold more than 100,000 natural gas engines in two decades, mainly for trucks and buses. The engines were manufactured by Cummins and incorporated Westport’s HPDI spark-ignited fuel system technology, with warranty and service through the Cummins sales and service network.

Cummins now becomes the sole owner, which ties in with its move toward more gaseous-fueled and fuel-agnostic products. Further closing that loop was the January completion of a joint venture agreement with Rush Enterprises-owned Momentum Technologies, a manufacturer of onboard natural gas fuel storage and delivery systems. The new joint venture offers sales and support of fuel systems through Rush Truck Centers dealerships and Cummins distributors.

The result of Cummins’ flurry of activity appears to leave it positioned for the next several decades, with combustion engines and conventional driveline technologies available now and advanced electric and hydrogen-based powertrains ready to transition into the marketplace in the future.

“Companies that only offer one solution will not be able to meet diverse customer needs,” said Rumsey. “Companies that focus only on one market will struggle to build the scale necessary to be profitable. And companies that don’t have a strong cash generating core may not be able to sustain the investment required for this long transition.

“Cummins has the portfolio of technologies and the agility that’s needed to enable our customer success through this transition.” 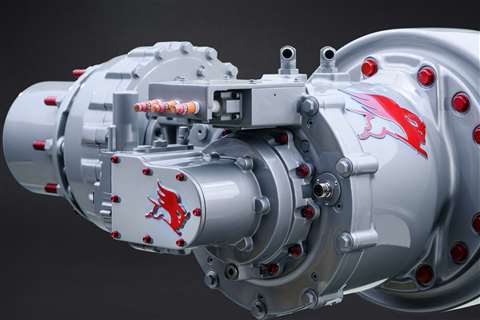