More Macks for the US military 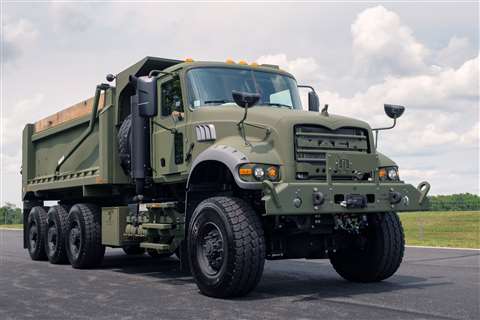 “We are proud to maintain our production operation which was created for the U.S. Army M917A3 HDT program, and we are extremely proud that our Mack Defense HDT vehicles, which have been fielded, are meeting and exceeding expectations,” said David Hartzell, president of Mack Defense. “Mack Defense remains committed to producing vehicles for the U.S. armed forces based on modified versions of our industry-leading Mack vehicles providing the latest technologies and best value while meeting the military’s demanding requirements.”

The Army previously had ordered 155 HDTs, which are spec’d with heavier-duty rear axles, all-wheel drive, increased suspension ride height and other ruggedized features to meet the unique requirements of the Army. Those HDT vehicles have all been built and final deliveries will continue through August 2022.

The Mack Granite HDT is a modern truck equipped with modern technology, such as ABS and other active safety systems. The 94,500 lb. vehicle incorporates a 13 L Mack MP8 engine rated 440 hp with 1660 lb. ft. of torque. The engine drives an Allison 4500 Gen5 six-speed automatic transmission, which delivers power through Meritor Permalube RPL driveshafts to the rear axles and a Fabco TC142 transfer case for the front axle drive.

The Granite HDTs and the production line at the Mack Experience Center in Allentown, Pennsylvania, were both inspected by the government quality auditors to ensure both met expectations.

Production of the HDTs at the MEC began in Q1 2021, following an investment of $6.5 million to create a dedicated HDT production line at the facility. The production line helps fulfill the M917A3 contract, while allowing Mack Defense to produce other vehicle variants.

The production line in the MEC is in Mack’s former Customer Adaptation Center, where vehicle modifications occurred. The Customer Adaptation Center has since moved to Mack’s Lehigh Valley Operations (LVO) in Macungie, Pennsylvania, where all Mack Class 8 vehicles for North America and export are assembled. Previously, non-armored HDT vehicles began production at LVO and were then transported to the MEC, where final assembly, including adding the dump body, occurred. 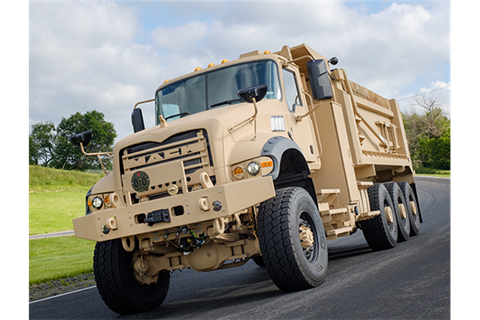 Mack Defense Relocates Headquarters
To better serve customers, as well as enhance its capability to support military and government contracts, Mack Defense has relocated its headquarters