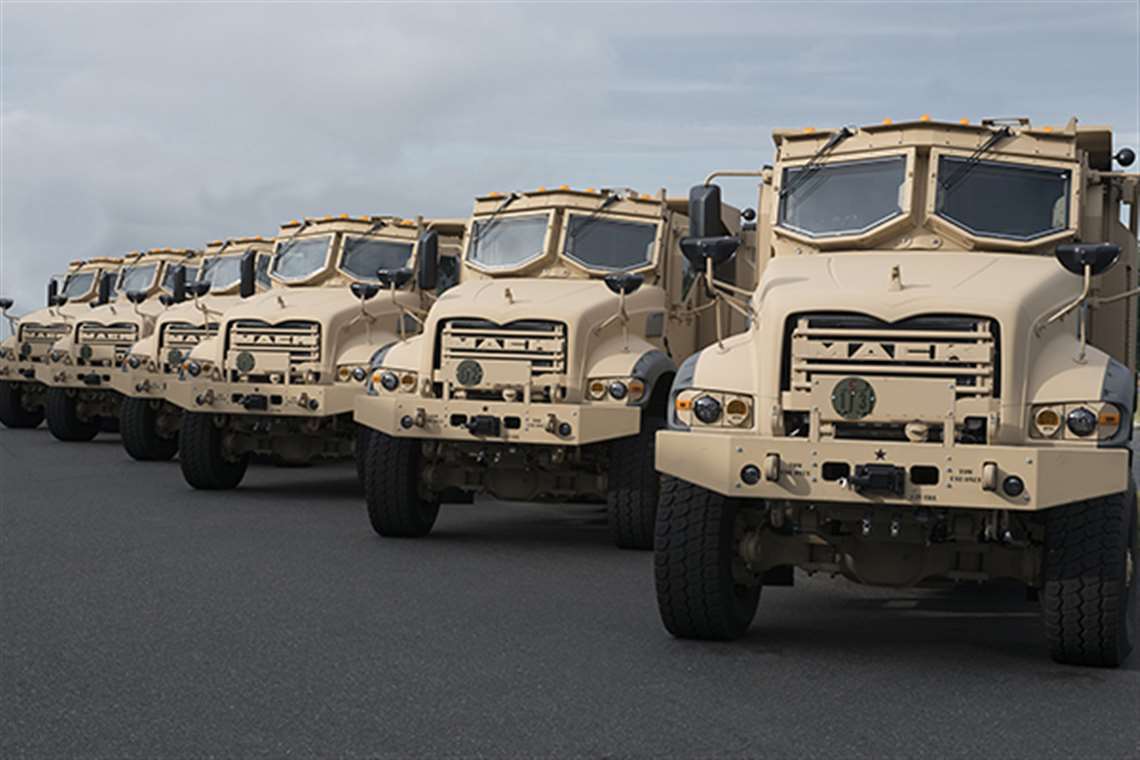 “Over the past several years, our teams have worked incredibly hard in partnership with the U.S. Army to develop, engineer and begin building these next generation trucks,” said David Hartzell, president of Mack Defense. “We’re confident the armored version will provide the operator protection levels required by the U.S. Army.”

The PVT phase of the contract includes a number of vehicle tests to evaluate the trucks against U.S. Army performance and durability. In addition, the trucks will undergo live-fire testing to determine occupant survivability. Non-armored Mack Defense M917A3 trucks entered the PVT phase in 2019.

“Throughout the PVT phase of the contract, the U.S. Army will provide feedback on how the trucks are performing,” said Jack Terefinko, HDT program manager for Mack Defense. “That will allow us to continue to fine tune the program and ensure we’re meeting all requirements.”

The U.S. Army began soliciting bids for a new generation of HDTs in June 2017, seeking to offer increased protection levels, as well as higher payload capacity and improved mobility. Mack Defense was awarded the contract in May 2018, which allows for Mack Defense to produce armor-capable or armored HDTs with deliveries through May 2025.

Based on the civilian Mack Granite model, Mack Defense engineered the M917A3 HDT to meet the current needs of the U.S. Army, while also allowing for evolving requirements and future growth. With heavier-duty rear axles, all-wheel drive and increased suspension ride height, the M917A3 is designed to meet the demanding payload and mobility requirements set by the U.S. Army HDT program.