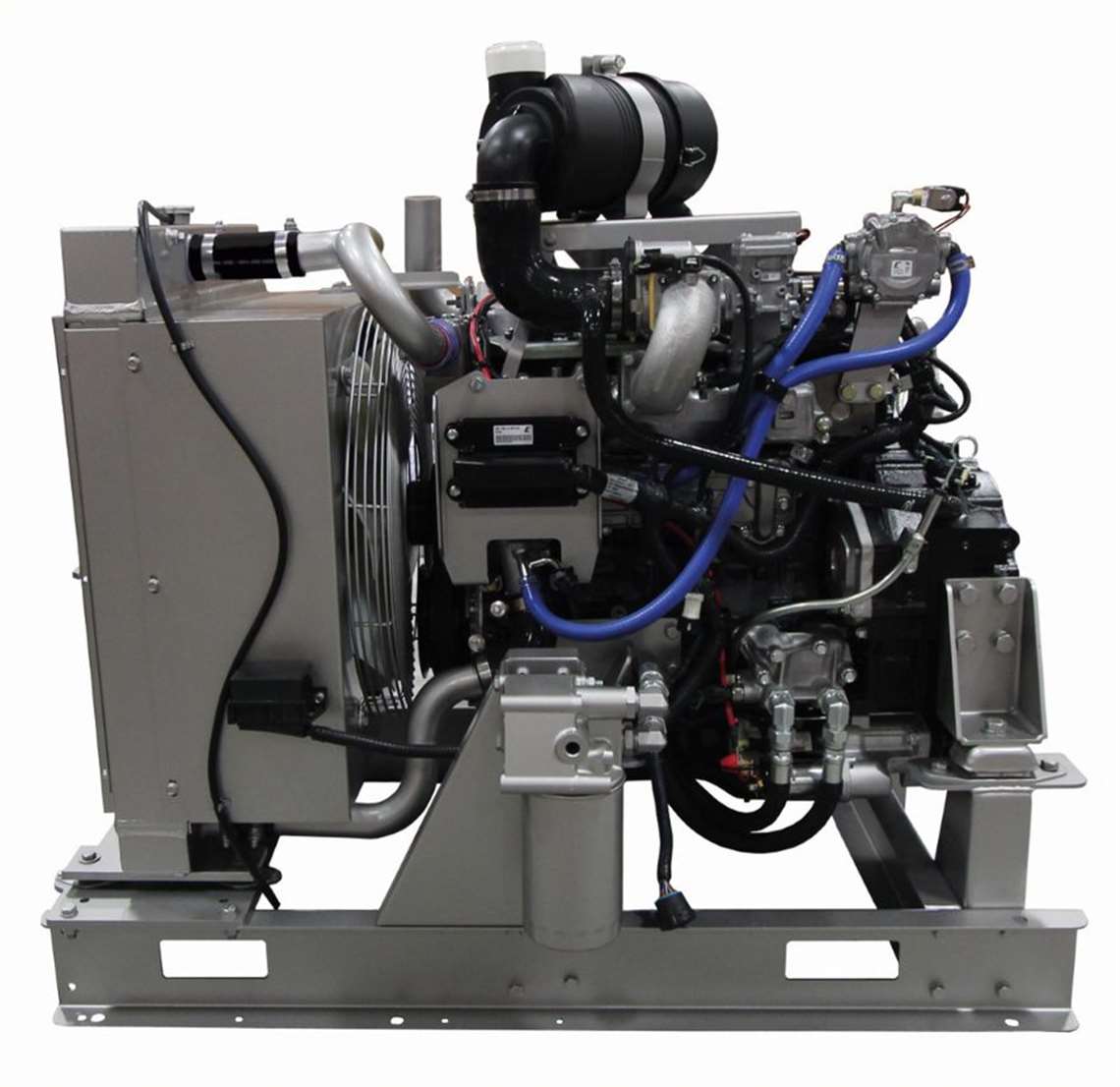 “After launch of the 4HV1 alternative fuel engines in 2018 and the power units in early 2019, we discovered numerous benefits to having the option to change the available fuel choice at the distribution level or within an application on site,” said Cody Garcelon, director, Applications and Sales Engineering at Plymouth, Mich.-based Isuzu Motors America. “This dual-fuel system can eliminate excess stock, rework and downtime with a simple signal to the engine ECM before it is restarted.”

The new dual-fuel configurations were developed to address non-emergency and emergency standby generator applications, as well as multispeed and mobile drive applications. A 12V signal is sent to the engine ECM and fuel system though a pin connected at the machine interface. When the engine receives the signal, the ECM controls the appropriate fuel lock-out valve and set the ignition timing and air-fuel ratio for the specified fuel.

The 4HV1 is based on an on-highway diesel engine that has been in production since 2012 and has established itself as workhorse in commercial truck markets in the U.S. and Asia. Gaseous fuel system components, including an industrial grade spark-ignition system, along with fuel injectors, gas mixer, direct-acting electronic pressure regulator, vaporizer and knock detection system, are supplied by Impco, an EControls company that has specialized in gaseous fuel engine technology for more than 60 years.

The engines and power units come equipped with oil pressure, coolant temperature, intake air pressure and temperature and engine speed sensors and shutdowns. Oil drain intervals are 500 hours, the company said.
The power unit includes the engine and fuel system components, air intake system with dual element air cleaner, exhaust system with three-way catalyst and tailpipe for non-emergency standby applications or a muffler for emergency standby gen-sets. It will also incorporate a complete cooling package and remote mounted oil filter. The entire power unit will be mounted on a skid base with isolators under the engine. Coming from Isuzu, the power unit is open, but can easily be enclosed by a customer, the company said.