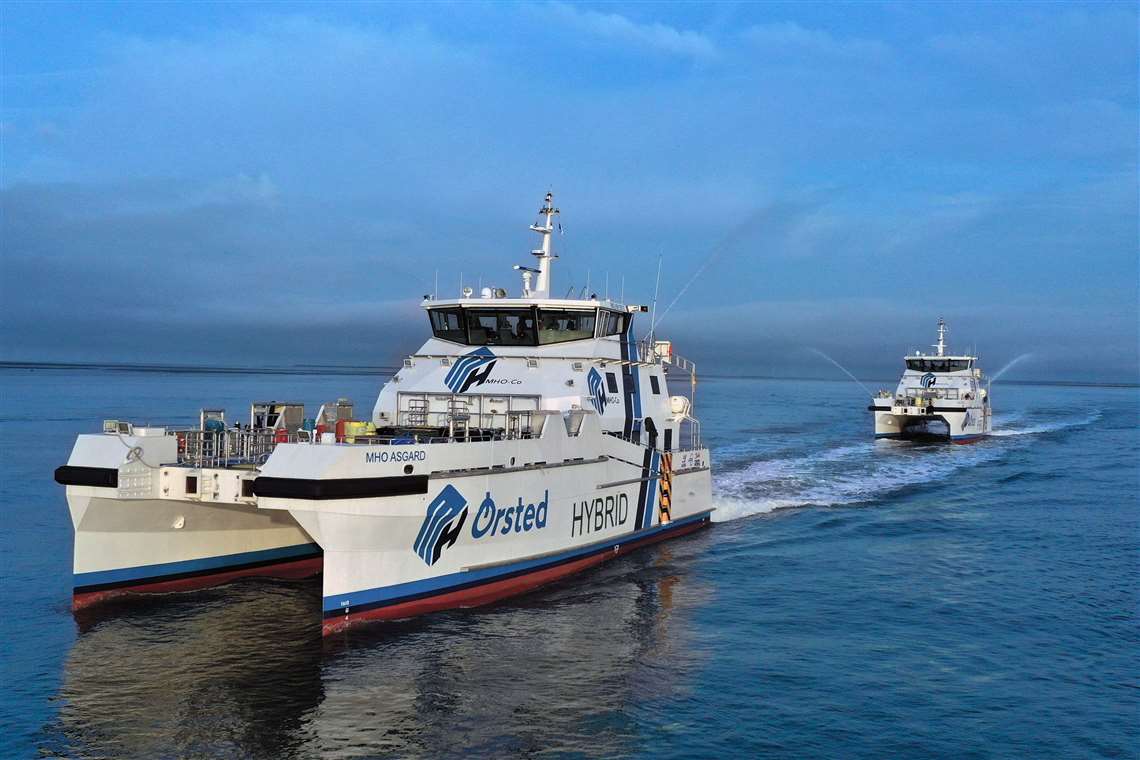 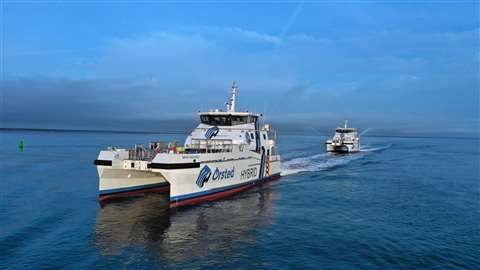 The MHO Asgard and MHO Apollo are operated by MHO-Co as CTVs moving crew and supplies between shore bases and the Hornsea Two off-shore windfarm. The windfarm is located in the North Sea, 55 miles (89 km) off the Yorkshire coast.

The Volvo Penta IPS engines have twin forward-facing, counter-rotating propellers which can be individually steered. These had already been shown to deliver emissions reductions of up to 30% when compared to traditional inboard shaft engines.

By adding the hybrid powertrain elements from Danfoss Editron, the system is said to return a further 20.96% reduction in CO2 emissions, while fuel economy is improved by 20.89%. These figures are gains made in comparison to vessels in the MHO fleet fitted with only IPS engines.

Using both engine and electric motors, the vessels are capable of reaching a maximum speed of approx. 24 knots. Alternatively, they can operate in zero-emissions electric power alone for up to eight hours.

“This new system gives us more flexibility and allows us to switch between engines and do maintenance when it fits our schedule, without affecting the service to our customers,” explained Mik Henriksen, CEO of MHO-Co. “We are also able to use just one small engine when idling in the wind park offering significant fuel saving and noise advantage when in waiting position. I think we have the best system possible with the technology that exists today.”

The emissions and fuel efficiency figures were based on data collected over the first 300 hours the vessels were in service.

During the COP26 climate change conference the UK government has pledged a further £160 million in new funding for off-shore windfarms in Scotland and Wales. This will quadruple output to 40 gigawatts by 2030. Vessels such as the MHO Asgard and MHO Apollo are seen as the most efficient way to deliver crews and equipment to these new installations.