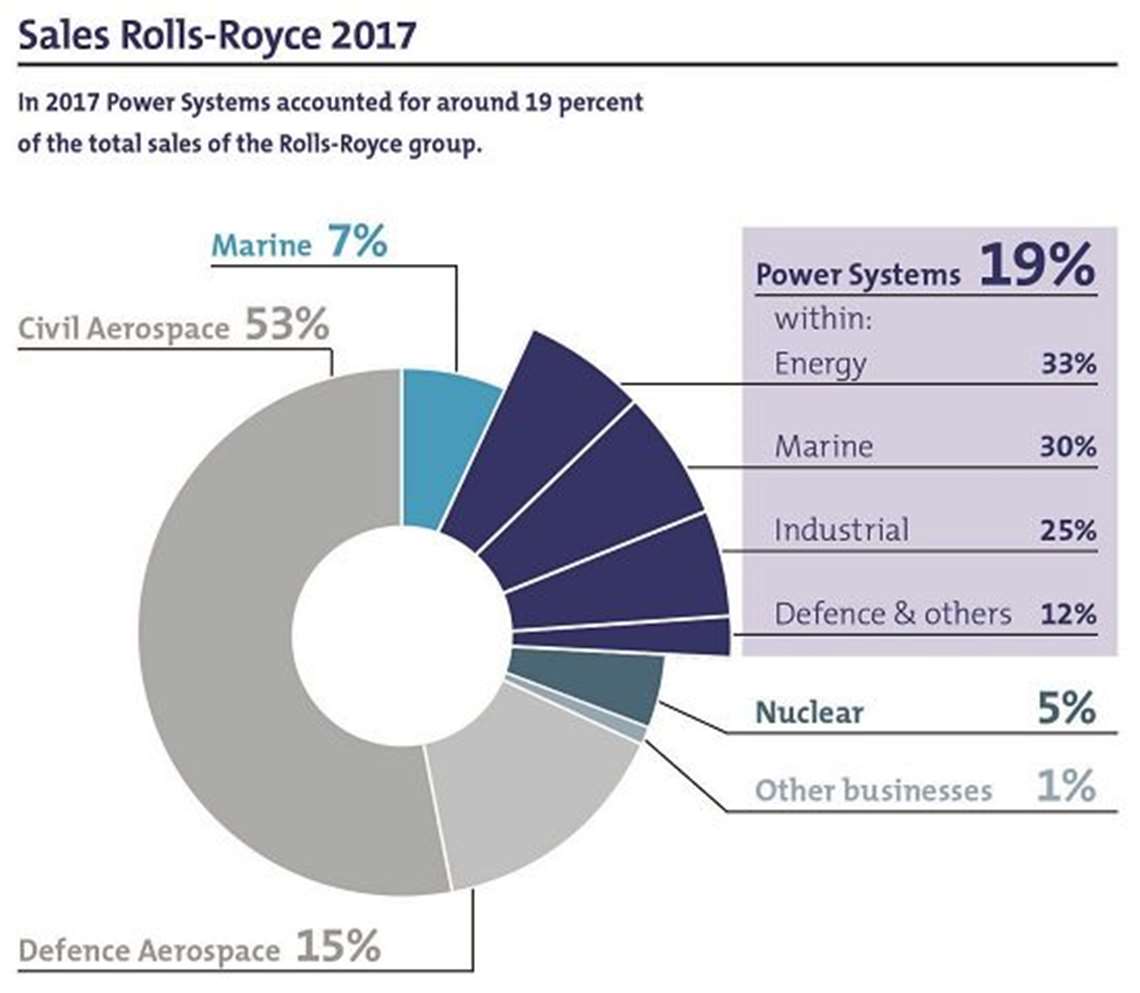 It is happy times in Friedrichshafen, Germany as Rolls-Royce Power Systems (RRPS) is reporting a strong across-the-board financial year in 2017.   CEO Andreas Schell, “We have achieved a turnaround in terms of revenue, profit and order intake, a major contribution to this being made by our RRPS 2018 business transformation program.”

The company said its underlying revenue was up 3 per cent to £2.92 billion, while return on sales also rose to 11.3 per cent (+ 4.1 percentage points). As a result, with a profit of £330 million pounds, Rolls-Royce Power Systems reports a 61 per cent profit increase compared with the previous year.

With all this RRPS said the Power Systems division, with its core brand MTU, accounts for 19 percent of the total revenue generated by the Rolls-Royce Group and is thus once again the second strongest revenue driver in the Group, which in 2017 was organized into five businesses.

RRPS also reported that its service initiative was also positive in 2017 with total service revenue was up 6 percent, due primarily to business in MTU Reman engines and services provided for the oill and gas business in the USA.

One third of the total revenue of Rolls-Royce Power Systems in 2017 was again generated by the energy sector. Additional growth was achieved primarily in diesel systems for emergency gen-sets, e.g. for data centers in China and the USA. Business in medium-speed engines manufactured by its subsidiary Bergen Engines A.S. stabilized in 2017, due principally to orders for the delivery of power generation systems together with the associated service.

Declines were reported in the company’s business in engines and systems for ships, which also accounts for one third of the total revenue. This was due primarily to a decline in sales of yacht engines compared with the previous year.

Sales of engines for the construction, agricultural and industrial sectors increased significantly in 2017, RRPS said. The further development of engines in the lower output ranges, in anticipation of the EU’s new Stage V emission standards scheduled to come into force in 2019 resulted in large-volume orders. One of the major customers is the agricultural machinery manufacturer Claas.

Due to the recovery of oil prices and the increased demand for raw materials, sales of MTU engines and systems for the oil & gas industry and mining vehicles were up in 2017.

Rolls-Royce Power Systems in 2017 reported successes as a result of its Green and High-Tech program, with which the company is making targeted investments in environmentally-friendly solutions for the future designed to reduce pollutant emissions and the consumption of both energy and raw materials. The first MTU Series 4000 mobile gas engines were delivered to the Dutch shipping company Rederij Doeksen. In the San Francisco Bay area, the first MTU diesel engines meeting the EPA Tier 4 requirements will enter service before the end of 2018. WETA, the San Francisco Bay Area Emergency Transportation Authority, is installing integrated MTU propulsion system consisting of Series 4000 diesel engines and an SCR exhaust gas aftertreatment system for its new high-speed ferries.

Looking ahead, Schell said, “for 2018, we expect the present healthy, dynamic performance to continue – we aim to achieve further growth, but we intend to maintain our flexibility and continue to rigorously implement our business transformation program. This is due to the fact that we are dependent on volatile end markets.

“Our agenda includes consistent digitization specifically for customers and service, in addition to the electrification of our drive and propulsion systems. Plus, 2018 will also be an important year for our new partnerships in Asia, which will enable us to increase our production capacities and market access in key focus markets. This means we now have engine and system production facilities in three major regions – Asia, America and Europe.”