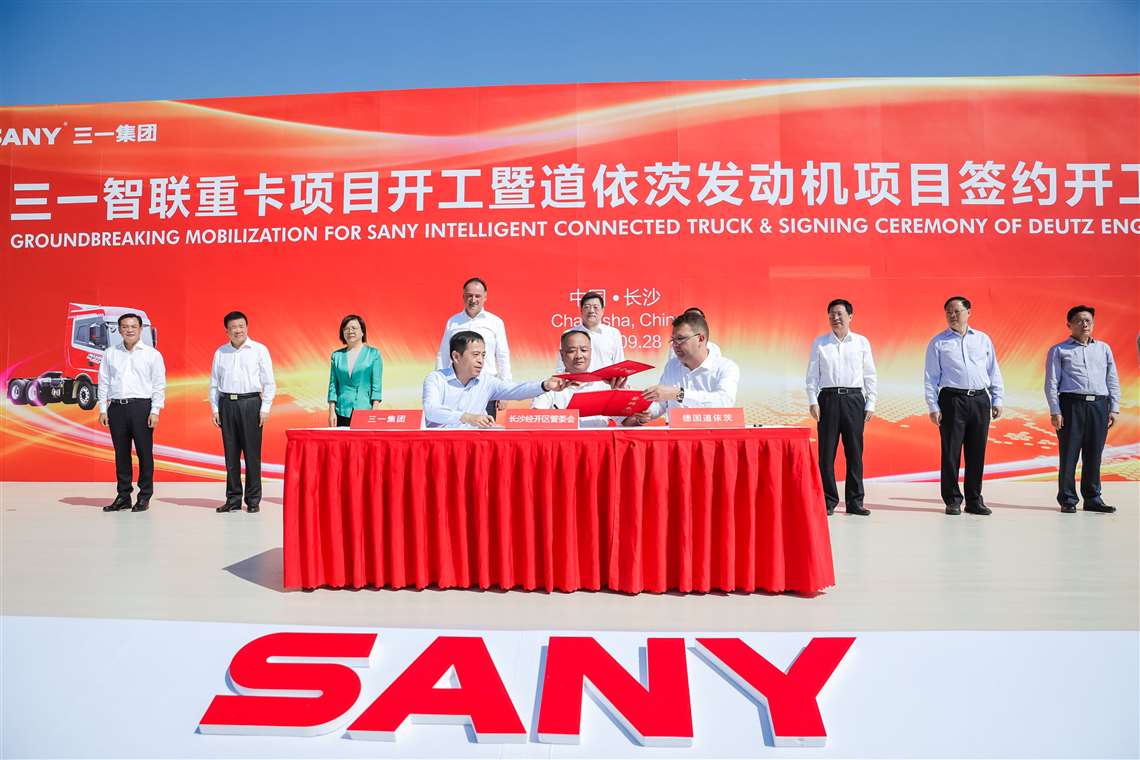 Joint venture partners Sany and Deutz AG have signed an agreement with representatives of the government of Changsha during the foundation stone laying ceremony at a production site in Changsha. Deutz and Sany, one of China’ largest construction equipment manufacturers, had previously signed an agreement to establish a joint venture in June of this year. The aim of the two companies is to build a factory to produce diesel engines in the province of Hunan.

Preparations for the joint venture to start production are progressing well, Deutz said. Construction work on the production plant is on track to be completed at the end of 2020, and production is scheduled to start in 2021.

The province of Hunan supports the establishment of the joint venture and is contributing several tens of millions of US dollars in additional funding to the project.

The joint venture between Deutz and Sany is part of Sany’s intelligent heavy truck project, a project within the framework of Sany’s digitalization strategy. In addition to various off-road applications, Deutz is also taking over the manufacture of heavy-truck engines for Sany.

Initially, the plan is to supply Sany with around 75,000 new engines for off- and on-road applications in 2022. These engines will comply with the China IV and China 6 emissions standards and will be built at the new plant, not far from Sany’s headquarters in Changsha, capital of Hunan province.

At the signing, Chairman of the Deutz Board of Management Dr. Frank Hiller said: “We are confident that our partner Sany will play a key role in the heavy duty trucks market and we are pleased to be able to make a significant contribution to this with our innovative engine technology. The generous financial contribution from Hunan Province is confirmation of the long-term interest and trust that the government has shown in us.”

With this investment, Deutz AG is thus stepping up its activities in the on-highway segment as well. The company will be investing several tens of millions of euros in the joint venture and will hold a majority share of 51 percent.