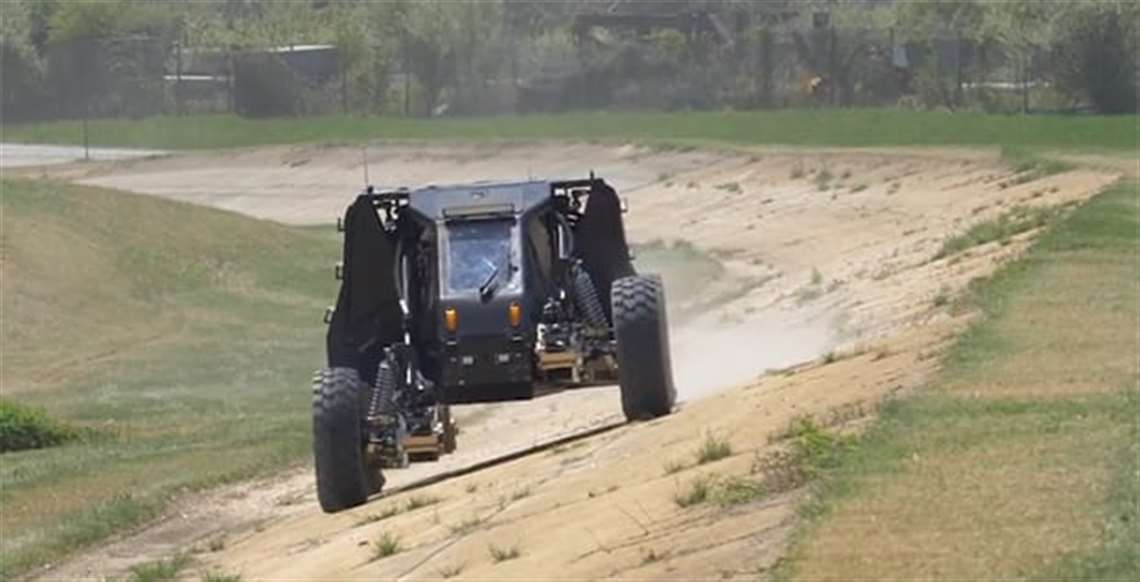 The Defense Advanced Research Projects Agency (DARPA) has been at the forefront of “extreme” vehicle technology developments (among other things such as drones) for many years. Almost all have an eye on military deployment, but many of the technologies developed and tested eventually find their way into commercial or even consumer use.

Diesel Progress had a series of articles over about a three-year period in the 1990s as DARPA tested all kinds of autonomous vehicle technologies in a series of three “races” at a California race track, the mountains around Las Vegas, and finally at an abandoned military base to test city driving.

Many of the “new” vehicle technologies coming into the market today, can trace their roots back to these DARPA Grand Challenges.

GXV-T envisions future combat vehicles that could traverse up to 95 percent of off-road terrain, including slopes and various elevations. Capabilities include revolutionary wheel-to-track and suspension technologies that would enable access and faster travel both on- and off-road, compared to existing ground vehicles.

Several Phase 2 contract awardees recently demonstrated advances on a variety of potentially groundbreaking technologies to meet the program’s goals, One such demonstration in May at the Aberdeen Test Center, gave potential military service transition partners an opportunity to observe technical progress on the GXV-T program.

One of the technologies being evaluated is an electric in-hub motor.  DARPA said putting motors directly inside the wheels offers numerous potential benefits for combat vehicles, such as heightened acceleration and maneuverability with optimal torque, traction, power, and speed over rough or smooth terrain. In an earlier demonstration, QinetiQ demonstrated a unique approach, incorporating 100 kW electric motors, three gear stages and a complex thermal management design into a system small enough to fit a standard military 20-inch rim.

Also being evaluated is Reconfigurable Wheel-Track (RWT) technology. A team from Carnegie Mellon University National Robotics Engineering Center (CMU NREC) demonstrated shape-shifting wheel-track mechanisms that transition from a round wheel to a triangular track and back again while the vehicle is on the move, for instant improvements to tactical mobility and maneuverability on diverse terrains.

A Multi-mode Extreme Travel Suspension (METS) is also being looked at.  Pratt & Miller’s METS system is designed to enable high-speed travel over rough terrain while keeping the vehicle upright and minimizing occupant discomfort. The vehicle demonstrator incorporates standard military 20-in. wheels, advanced short-travel suspension of four-to-six inches, and a novel high-travel suspension that extends up to six feet – 42 inches upward and 30 inches downward. The demonstration in May showed off its ability to tackle steep slopes and grades by actively and independently adjusting the hydraulic suspension on each wheel of the vehicle.