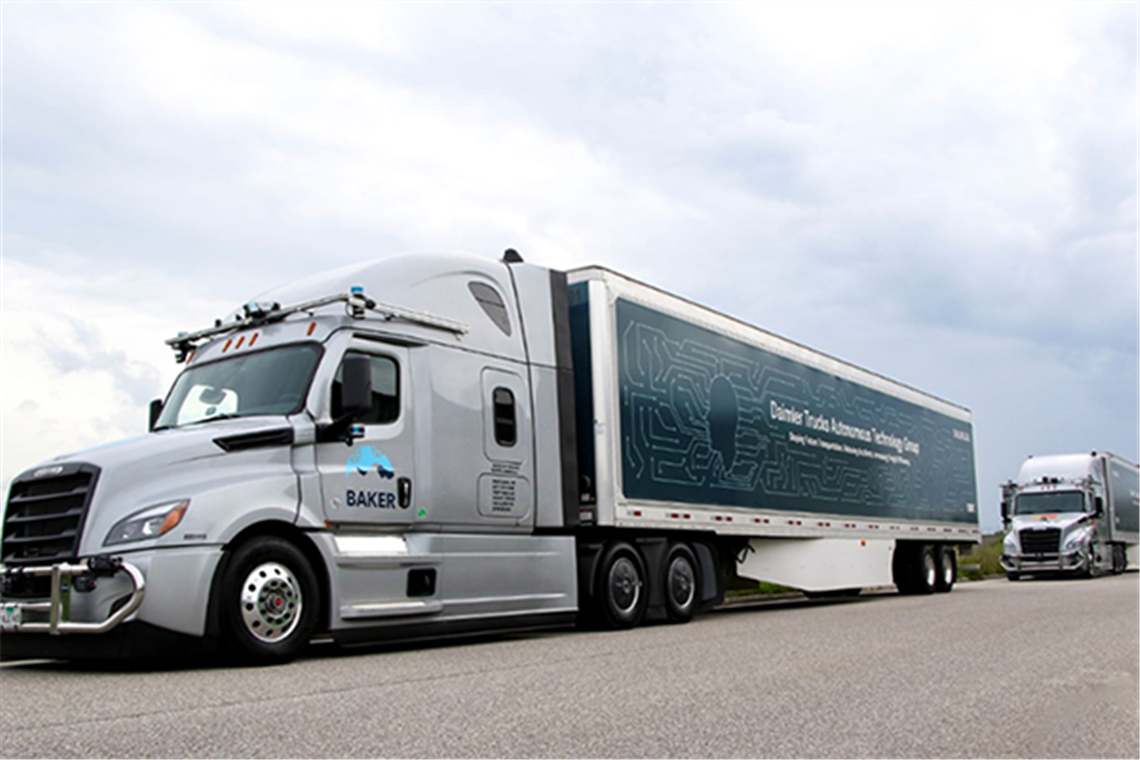 September 2020 marks one year of Daimler Trucks and Torc Robotics partnering as a team after the U.S. based automated driving technology company became part of Daimler Trucks’ Autonomous Technology Group. The have pursued the common goal of bringing series-produced highly automated trucks (SAE Level 4) to the roads within the decade, including on-road deployment of a Level 4 test fleet, initiation of redesign of truck chassis, adoption of a hub-to-hub model, formalized rigorous testing protocols, formal truck safety driver certification process, and extended software capabilities.

Now, the Autonomous Technology Group is extending its testing to New Mexico by building up a new testing center in Albuquerque. Expanding to a new location will support testing and provide data for more use cases of next generation vehicles on public roads starting this fall, Daimler said.

Daimler Trucks and Torc started their collaboration in spring 2019. Initial public road testing on highways began in September in southwest Virginia, where Torc is headquartered. Additionally, closed-track road testing is conducted in Madras, Ore., at Daimler Trucks North America’s High Desert Proving Grounds. In February 2020, Daimler Trucks and Torc announced plans to expand testing of automated truck technology to additional locations, adding new public routes in the U.S., but the activation was postponed due to the COVID-19 pandemic.

During the pandemic downtime, the teams continued testing by focusing on robust simulation testing. Public road testing with safety and health protocols in place resumed in Virginia in June 2020 and will be continued with the next generation of automated driving software. The team in Oregon, will continue focusing on the development of vehicle safety systems, which are critical for delivering the safety standards for self-driving trucks today and in the future, Daimler said.

A Year Of Collaboration
“After one year of collaboration with Torc, we have successfully deployed trucks with SAE Level 4 intent technology on public roads and expanded our test fleet with trucks, miles and learnings,” said Martin Daum, Chairman of the Board of Management of Daimler Truck AG and Member of the Board of Management of Daimler AG. “Partnering with Torc has created a unique and even more powerful team of innovators at Daimler Trucks. We remain fully committed to this collaboration and to focusing on the shared goal of bringing highly automated trucks to series production.”

Based in Blacksburg, Va., Torc became part of the Autonomous Technology Group in August 2019, following Daimler Trucks’ investment in the company. By offering advanced, road-ready technology, plus years of experience in heavy vehicles, Torc has grown into a global industry leader in the field of automated driving. Torc’s SAE Level 4 virtual driver system “Asimov” has been integrated and tested successfully in multiples platforms running on public roads from urban to long-distance highway routes as well as in rain, snow, fog and varying light conditions.

Pioneers In Truck Automation
Daimler Trucks can fairly be called one of the pioneers of truck automation. In 2014, it presented the Mercedes-Benz Future Truck 2025, the world’s first automated truck, and was the first to demonstrate the technological opportunities and great potential that automated trucks offer customers and society.
In 2015, Daimler’s Freightliner Inspiration Truck obtained the first-ever road license for a partially automated commercial vehicle demonstrating the promise of automated driving on the highways of Nevada. Today, Daimler offers partially automated driving features (SAE Level 2) with the Mercedes-Benz Actros, the Freightliner Cascadia and the Fuso Super Great.