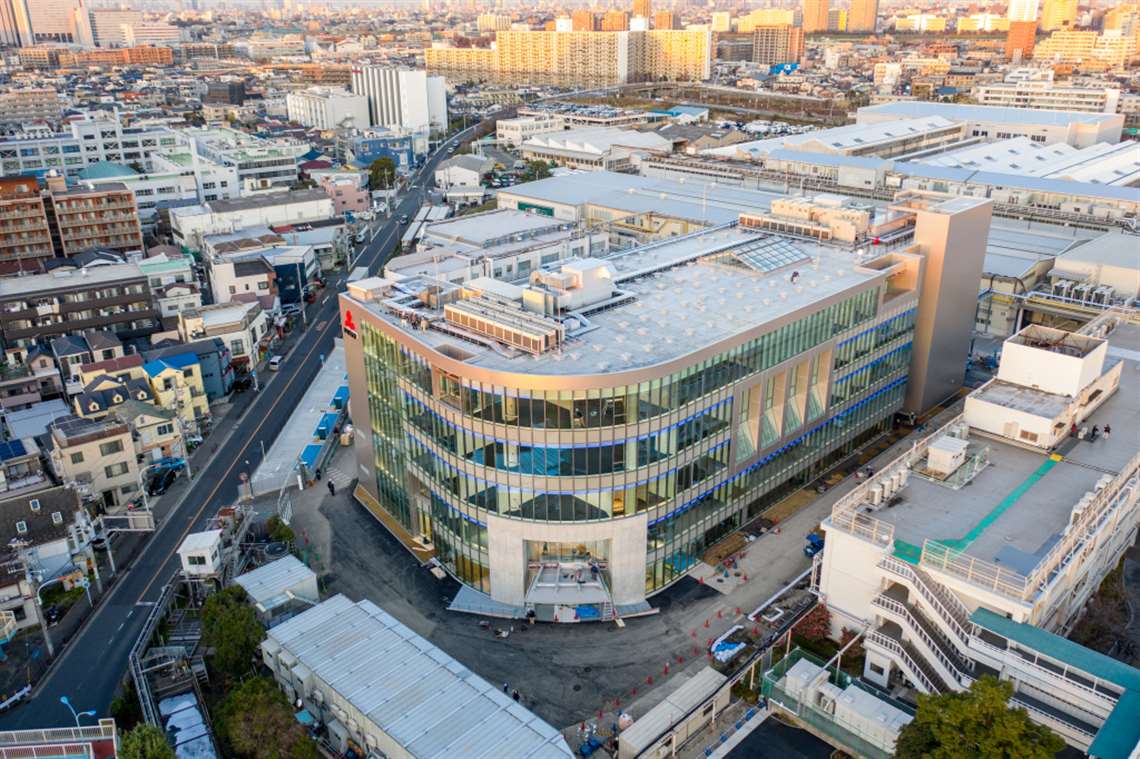 The new building includes the corporate headquarters, R&D and design functions of the company and is part of a large-scale modernization at MFTBC. Daimler Trucks said it has invested approx. €74m since 2017 in the building, known as Campus Plus. The new building offers a modern working environment on 10,000 square meters and is home of the new Center, said Daimler Trucks.

“The FUSO brand is an essential and successful member of Daimler Trucks. In 2018, it contributed about one-third of total sales and plays a vital role when it comes to future topics such as electric driving. The new Product Center and Design Center in the Kawasaki Plant manifests that we are continuously investing in the future of FUSO and Japan” said Martin Daum, board member of Daimler AG responsible for Trucks & Buses.

Daimler Trucks Asia also announced that – additionally – up to €40m will be invested in 2019 in the FUSO own retail network. This investment kicks off a seven-year initiative called Project Mirai (Japanese for ‘Future’). This year seven outlets across Japan, from Hokkaido to Tokyo to Kyushu, are set to be refurbished in order to assist electric and connected commercial vehicles more efficiently from a service perspective, the company said.