CAN Transmitters For Hydraulics 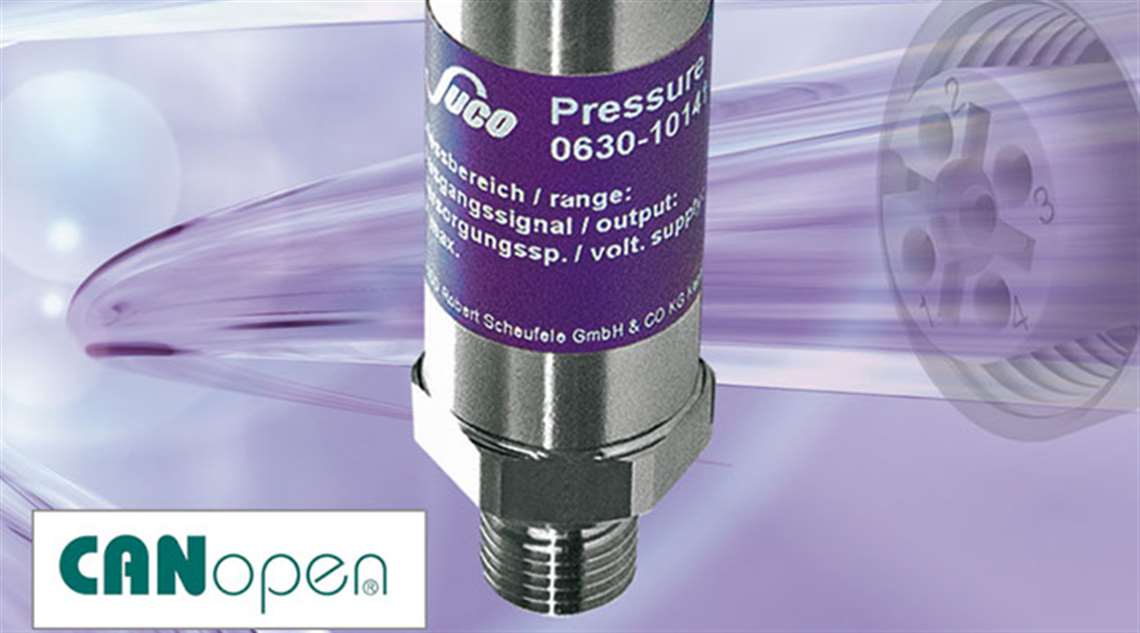 SUCO 0630 series pressure transmitters support the CANopen protocol with a data transmission rate of up to 1 Mbit/s typically used in automotive and automated applications, while the 0631 series is based on the J1939 protocol mainly used in heavy commercial vehicles and mobile machines.

The pressure transmitters of the 063X series are designed for pressure ranges from zero to 600 bar. With a robust stainless steel housing, they combine the advantageous material properties of analog transmitters with the advantages of digital transmission technology, the company said. The completely welded stainless steel measuring cell is particularly corrosion-resistant and provides media compatibility at temperatures from -40°C to +125°C. according to SUCO.

The CAN bus transmitters with IP67 protection are engineered to be resistant to shocks and vibrations common in mobile machines. SUCO currently offers the CAN J1939 pressure transmitter type 0631 as a pre-configured plug-and-play version from the factory.

Both the CANopen and J1939 protocols enable interference-free serial data transmission, where transmission errors are reduced to a minimum through numerous control mechanisms.

CAN systems are now mainly used in special and commercial vehicles such as construction, agricultural and road machines, as well as in local public transport vehicles such as trams and underground trains.