London To Madrid On One Tank Of Gas 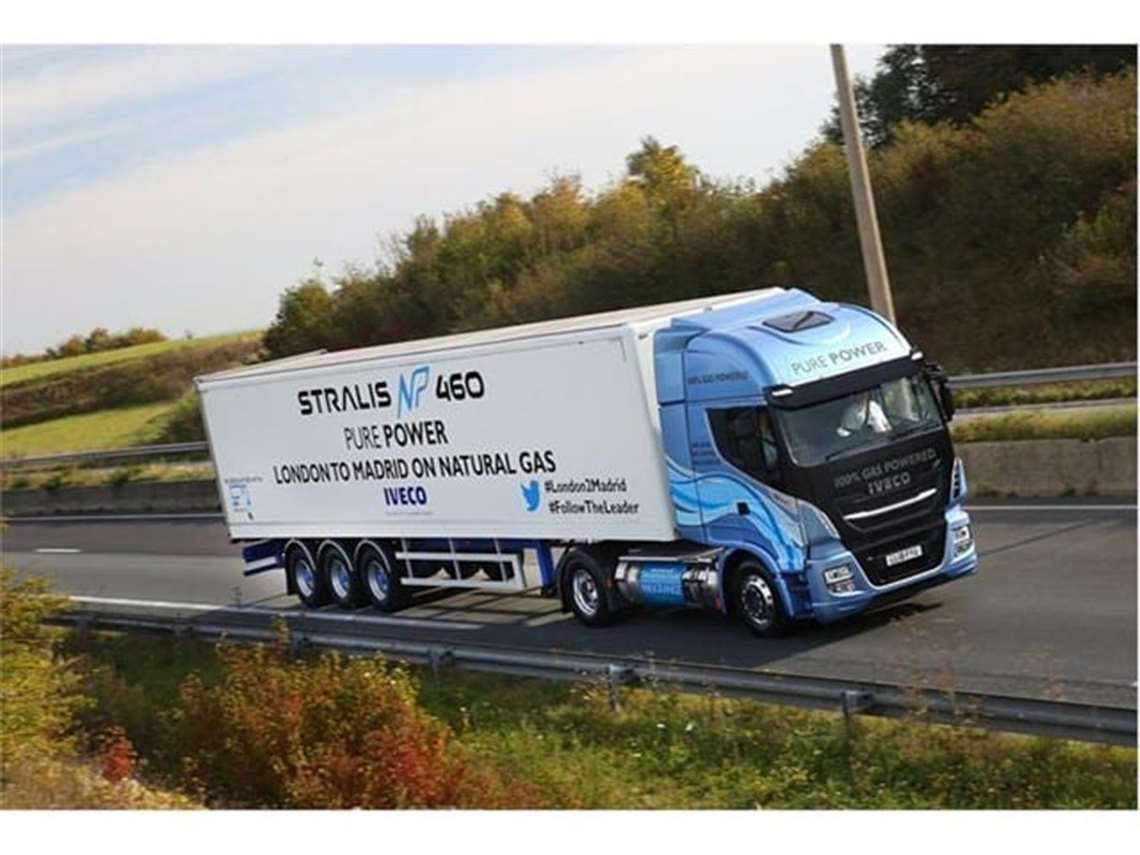 An Iveco Stralis NP (Natural Power) 460 hp truck has completed what the company said is believed to be the longest ever journey by road on a single fill of liquid natural gas (LNG). The trip was undertaken, Iveco said, to demonstrate the suitability of natural gas-powered vehicles for domestic and European road transport.

The Stralis NP set off from London and, after the short sea crossing from Dover to Calais, completed the 1728 km road journey to Madrid without needing to refuel – exceeding the vehicle’s official range of 1600 km. This equates to an LNG fuel cost saving of circa €228 for the outward journey.

Iveco, a brand of CNH Industrial N.V., last year accomplished a similar feat completing the 1347 km journey from John O’Groats to Land’s End in the UK on a single fill in a 400 hp Stralis NP, but this time, Iveco said the aim was to set the bar even higher.

Despite the heavy traffic on the UK side of the English Channel, a strong head wind in France and the hilly Spanish section of the route, the Stralis NP recorded an impressive average fuel consumption of 22.6 kg per 100 km. Prior to the trip, Iveco carefully planned the journey using MyBestRoute: a web-based application developed by Michelin for Stralis NP customers. It allows drivers and fleet managers to select the optimum route for any European journey, including plotting LNG refueling stations and estimating the total cost of the trip for both diesel and natural gas-powered trucks.