According to ZF, the hardware of the new  marine control system Total Command has an elegant Italian design (by designers Giorgetto and Fabrizio Giugiaro) combined with maximized user-friendliness; the system allows the captain to control the vessel’s main propulsion system and is fully compatible with ZF’s latest transmission shifting technology, providing benefits in clutch responsiveness, optimized control of proportional valves, and adaptive gear engagement. 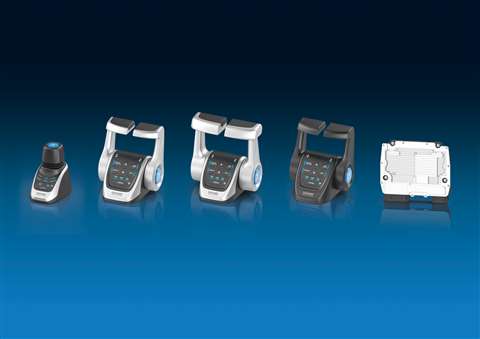 The modular quality of Total Command allows to add up to six control stations and up to six drivelines, but at the same time the system also utilizes an intuitive approach to operation that has been called ‘one button, one function’.

With Total Command, all system parameters can be configured from the bridge, including the option to automatically maintain the same speed on multiple engines, improving operating efficiency, fuel economy, noise, and vibration, with all engines and transmissions coming under the control of one lever.

For manufacturers and designers, ZF has implemented a plug-and-play architecture that utilizes fewer harnesses and has the option for a transmission-mounted processor. TotalCommand is Wi-Fi-ready making electronic manuals, diagnostic and maintenance data available via smartphone.

ZF added that, Total Command is rigorously tested to the highest industry standards and developed according to rules of classification societies such as AMSA, Maritime NZ, ABS, DNV, Lloyds, USCG, ABYC and more.