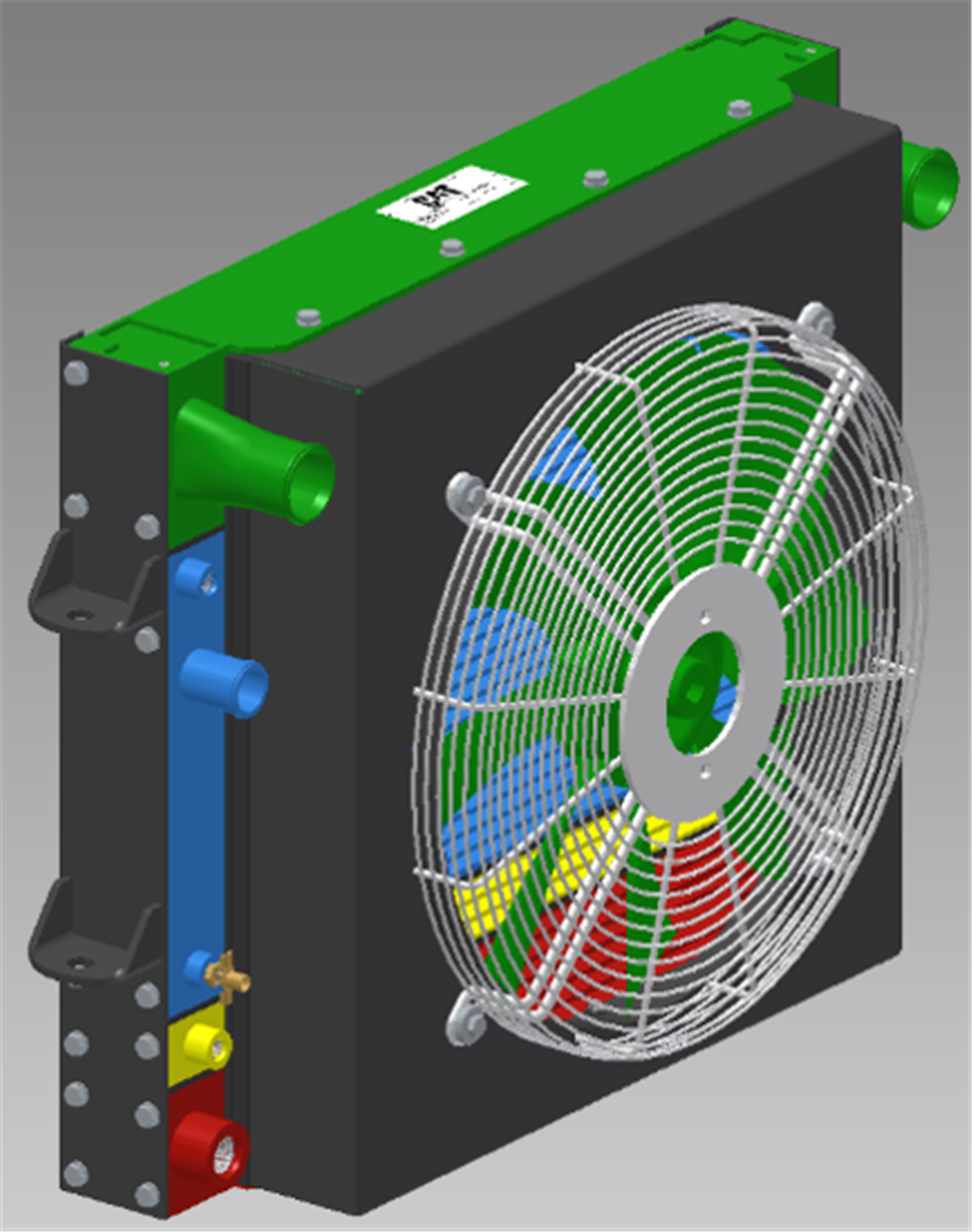 Founded in 2005, Ymer Technology has been a supplier to the off-highway equipment industry since the beginning. It works with original equipment manufacturers (OEMs) to provide engine and hydraulic cooling solutions developed for specific applications and provides systems for applications ranging from telehandlers to offshore wind turbines.

The Stockholm, Sweden-based company has grown up to become a global enterprise with sales and engineering offices located near key customer centers supported by manufacturing in China and Sweden. Radiator and heat exchanger cores are manufactured in a company-owned factory in Sweden as well as through a partnership with a Chinese supplier. The bar-and-plate style cores are the foundation of the systems the Ymer provides. They are tailored to customer applications.

To better serve North American clients, Ymer opened sales and engineering offices near Grand Rapids, Mich., and Charlotte, N.C., a few years ago, as well as a warehouse and final assembly location in a suburb of Houston, Texas. The latter operation has already expanded multiple times to support the firm’s rapid increase in North American business; it currently covers 70,000 sq.ft. and is expected to employ as many as 50 people by the end of this year.

“We take care of customers here and support them in U.S. currency,” said Tracy Long, business development manager for Ymer Technology Inc. in Concord, N.C. “We can meet with our customers at their facility in America and then develop products based on the Swedish heritage of design, quality, manufacturability and tight process control. We can do all of that at an economical price because the foundation of the system comes from our factories in China. Our customers like the trifecta of expertise we bring to their desk: U.S.-based support, Swedish design and engineering, Chinese manufacturing.”

Engine cooling systems were impacted by each U.S. Environmental Protection Agency-mandated emissions tier, which kept Ymer busy for years. Radiators grew in size and shifted about the engine compartment to ensure maximum air flow. With Tier 4 final holding steady in the United States, OEM engineers now have time to further perfect the design of their equipment.

“It’s been pretty much a 20-year run chasing emission regulations, and I think they really compressed their development timelines much more than they normally would have to get a product into production,” said Jon Hitt, engineering manager, Ymer Technology Inc., Caledonia, Mich. “That leaves a lot of opportunity for optimization, and that’s what our customers are working on now. They’re working to get the most out of their machines.”

“We can help them with that,” said Hitt. “We have a lot of tube and fin options so we can get them thinner cores, for example, to give them exactly the cooling that they need. They like that because using a more compact core gives them dollars that drop right to their bottom line.”

As an example, the company recently set out to increase engine power output and decrease temperatures for a material handling manufacturer. Ymer’s engineers determined there were times that only the charge air needed to be cooled. The company split the airflow so that the charge air cooler could be independently cooled by two electric brushless fans.

“The systems we provide are tailored to customer applications throughout the world,” said Hitt. “There are a lot of different dials that can be turned, which people looking in from the outside might not think are big changes. We have a range of fin and surface geometries that we can look at that will ultimately allow for systems to smaller. They can be lighter and ultimately less expensive, but become much more efficient – and designed in such a way that it’s not going to have failures from either the duty cycle failure or thermal fatigue.”

Aiding in the development of new systems is Ymer’s proprietary software that the company uses to simulate conditions such as heat loads and airflow before going into production.

“To start a project, customers give us their heat loads and their size requirements and so forth and then we design and develop a prototype,” said Long. “Before we deliver the prototype, we simulate its function multiple ways. We pass on the first showing 99.9% of the time. When we deliver a prototype that is exactly what they need, it means we can go right into production with a tight lead time.”