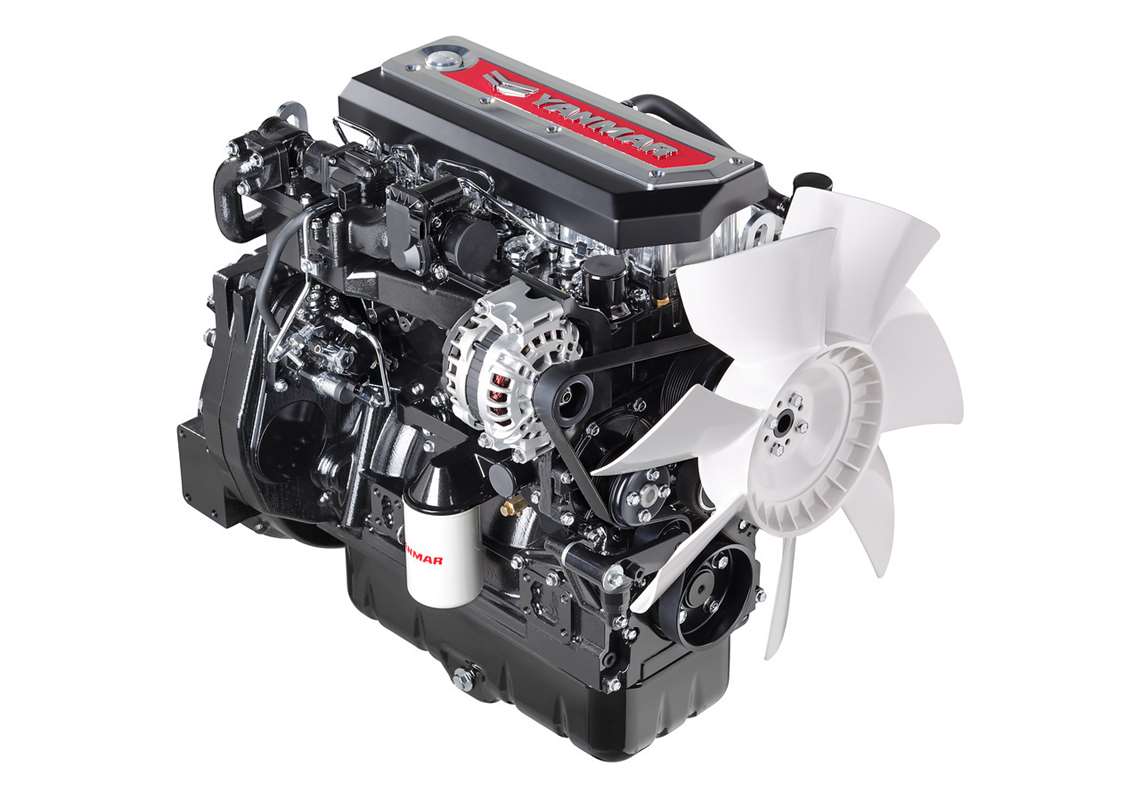 For the first time at Agritechnica, Yanmar will show its Stage 5 TN engine series in its agricultural configuration complete with its after-treatment system, mounted on the 4TN101.

Yanmar will show the complete line-up of its diesel engines with special attention given to the newest high-power industrial engines, the 4TN101 and 4TN107. The new Stage 5 TN series, introduced at the Intermat trade show in Paris in 2018, offers power from 55-155 kW for various sectors including agriculture, construction and materials handling.

The new 3.8 L after-cooled, turbo-charged common rail, 4TN101 engine produces 55-105 kW and 550 Nm of torque. This engine will be on display in its tractor configuration with a mounted Diesel Particulate Filter (DPF). Yanmar said the engine has already caught the attention of several agricultural OEMs and serial production start is planned for 2021.

The new 4.6 L after-cooled, EU Stage 5-compliant, two-stage turbo-charged common rail 4TN107engine peaks at 155 kW while achieving a maximum torque of 805 Nm. This model will be shown in its tractor configuration with a bespoke DPF. By the end of 2019 the first serial production models will roll out of Yanmar’s factory in Japan.

By implementing Yanmar’s advanced combustion technology, which has been optimised through years of manufacturing industrial and marine diesel engines, the engines achieve fuel consumption reductions of approximately 10% compared to a similar-sized engine with the same output, the company said. www.yanmarindustrial.eu

The photo shows the 4TN101 engine from Yanmar.