What was the 2021 Newsmaker of the Year?

COVID – And The Comeback.

The pandemic lingered but the on- and off-highway industries prospered in 2021.

The Diesel Progress Newsmaker of the Year is awarded annually to the person, product, company, technology news event or trend that the Diesel Progress editorial board determines generated the most news and discussion over the last 12 months. 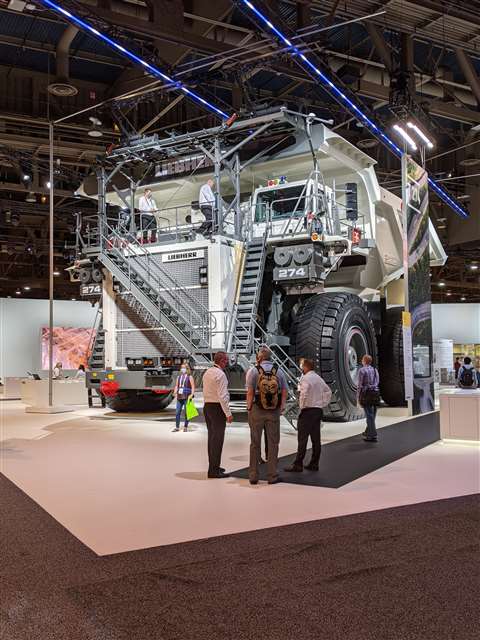 The lingering impact of the COVID-19 pandemic continued to be felt throughout 2020. Even as live events and tradeshows such as World of Concrete and MinExpo returned, attendance remained modest, as many companies have continued to restrict travel.

In 2020, there was little question that the biggest subject in the industry was the tiny bug known as COVID-19. A year later, the industry and indeed the world, is still in in sway to the Novel Coronavirus of 2019. Which is why once again, we have to go with COVID-19 as Newsmaker of the Year. But not unanimously.

The remarkable performance of the industry, continuing a business comeback they’ll be writing about for decades, shares honors as co-Newsmaker of the Year. So for 2020, it’s COVID – and the Comeback.

That COVID continues to dictate just about everything in society and industry is beyond question. Thanks to new variants, at this writing, parts of Europe, the Far East and India, are pondering new lockdowns.

Events and tradeshows continued to be hobbled throughout the year. Starting at roughly midyear with World of Concrete, a few events – MinExpo, ComVec, the Utility Show, GIE+Expo, the Rental Show – went ahead as planned, albeit with embellishments such as mask mandates and electronic attendee and exhibitor badges. People showed up, yet not surprisingly, attendance at each was significantly down from typical years as many companies continued to restrict or eliminate employee travel altogether.

Yet while the virus continued an equally surprising thing occurred – most segments of the on- and off-highway vehicle and equipment industries and their suppliers, enjoyed boom times.

Chris Sleight of Off-Highway Research noted that when the pandemic hit with full force in March 2022, a global crash was expected, with sales of construction equipment expected to decline by as much as 40%.

“However,” Sleight noted in the Forecast 2022 section of the September issue of Diesel Progress, “the final results for 2020 was that there was almost no change in global sales. Indeed, it is striking that the markets performed better in the pandemic that it was expected prior to the COVID outbreak.”

Coming off a V-shaped recovery in the second half of 2020, it seemed almost hard to believe that momentum could continue into 2021. Yet in most segments, many of which had been deemed “essential,” it did. That was evident as companies reported their financial results in the first and second quarters of 2021.

Caterpillar saw sales grow 12% (to $11.9 billion) in the first quarter and

followed that up with 29% and 25% jumps in the second and third quarters. John Deere’s sales showed a similar pattern, with sales rising 23%, 30% and 29% in the first three quarters.

Volvo saw significant growth in both its major segments, with its construction equipment business seeing quarterly sales increases of 23%, 13% and 11% in 2021, while Volvo Truck moved higher each quarter by 3%, 24% and 11%.

On the supplier side Cummins reported increases in engine sales across the first three quarters (up 14%, 75% and 22%), while Germany’s Deutz saw new orders top out 56.5% ahead in the third quarter, after increases of 30% and 26.8% in the first half of the year.

Interestingly, those kinds of results are expected to continue. Sleight predicts North American construction equipment sales to rise 13% in 2022. Kenny Vieth of ACT Research said that Class 8 truck demand in 2021 was maybe at its highest levels ever, with record production constrained only by supply issues. Power Systems Research also saw significant demand in power generation markets, which could lead to market increases of 6% to 11% in generator set production, depending on the segment.

Overall, 2021 and 2022 show signs of a remarkable, perhaps historic business revival. But then there’s that bug...

While the effects of the pandemic and the remarkable industry comeback were the top stories, there were plenty of other Newsmaker of the Year possibilities.

What was hydrogen’s role in the power industry in 2021?
One of the top candidates was hydrogen, which appeared to take significant steps toward becoming a real-world power player, particularly as a low-carbon fuel for internal combustion engines. Some notable examples:

- JCB announced the development of a hydrogen engine, based on a re-engineered JCB 4.8 L diesel. Rated 70 kW, the engine has been fitted into a JCB backhoe loader and is currently undergoing testing at a proving ground in Staffordshire. JCB said that hydrogen engines could ultimately be used in a variety of its machines, though engine production would not be until the end of 2022 at the earliest. 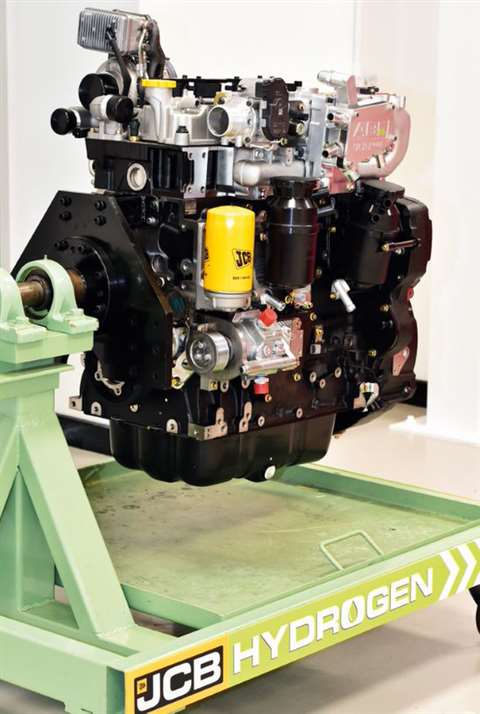 Another subject that created a lot of news this year was hydrogen, specifically hydrogen internal combustion engines such as this JCB 4.9 L that is being tested and could be suitable for machines such as loaders, excavators and backhoes.

- Deutz said its TCG 7.8 H2 hydrogen engine passed initial bench tests “with flying colors” and is scheduled to go into full production in 2024. The six-cylinder TCG 7.8 H2 is based on an existing engine design and is rated 200 kW. The hydrogen engine’s first pilot application, scheduled to begin in 2022, will be in stationary equipment for power generation in partnership with a regional utility company.

- Cummins said its hydrogen-fueled internal combustion engine (H2-ICE) program is beginning development of medium-duty 6.7 L and heavy-duty 15 L engines. The company said the goal for the new H2 engines is to achieve zero carbon emissions, as well as enhanced power density and improved thermal efficiency for medium- and heavy-duty trucks and off-highway applications.

- Caterpillar will begin offering Cat generator sets capable of operating on 100% hydrogen, including fully renewable green hydrogen, on a designed-to-order basis this year. Initially available as demonstrator units in North America and Europe with initial deliveries in late 2022, the Cat G3516H generator set will be offered with a rating of 1250 kW for 50 or 60 Hz continuous, prime, and load management applications.

Cat also said that it will launch commercially available power generation solutions from 400 kW to 4.5 MW that can be configured to operate on natural gas blended with up to 25% hydrogen.

Another major subject of discussion this year were ongoing supply chain issues, most of which were linked to the continuing effects of that pesky COVID-19 virus. The dwindling supplies of microchips and more recently the massive bottlenecks at U.S. ports on the East and West Coasts, have resulted in production restrictions and even temporary shutdowns across a broad range of manufacturers, including CNH Industrial, Volvo’s Truck Group and JLG.

Along with its hydrogen engine activity, three-time Newsmaker of the Year (2010, 2003 and 1998) Caterpillar did enough other things in new power segments in 2021 to nearly warrant a fourth award. In September, it announced its acquisition of CarbonPoint Solutions, a Rhode Island-based company whose Semi-Closed Cycle (SCC) carbon capture system is designed to concentrate CO2 from engine and turbine exhaust, enabling economically viable carbon capture.

Caterpillar struck a similar deal with Canada’s Nouveau Monde Graphite Inc. through which it will develop, test and produce Cat zero-emission machines for deployment at Nouveau Monde’s Matawinie graphite mining project in Saint-Michel-des-Saints, Québec, Canada, by 2028.

Another sign of the COVID-impacted times: container ships wait to be unloaded off the Ports of Los Angeles and Long Beach in California. Reuters photo.

Finally, as always, acquisitions, sales and other business activities generated some significant news over the last 12 months. Daimler management and shareholders approved the spin-off its commercial truck business into a separate entity that will remain the largest commercial vehicle manufacturer in the world.

Danfoss Power Solutions went in both directions, first announcing its plans to divest itself of White Drive Motors & Steering as a prerequisite to getting regulatory approval for its $3.3 billion acquisition of Eaton’s hydraulics business, which was completed in October.