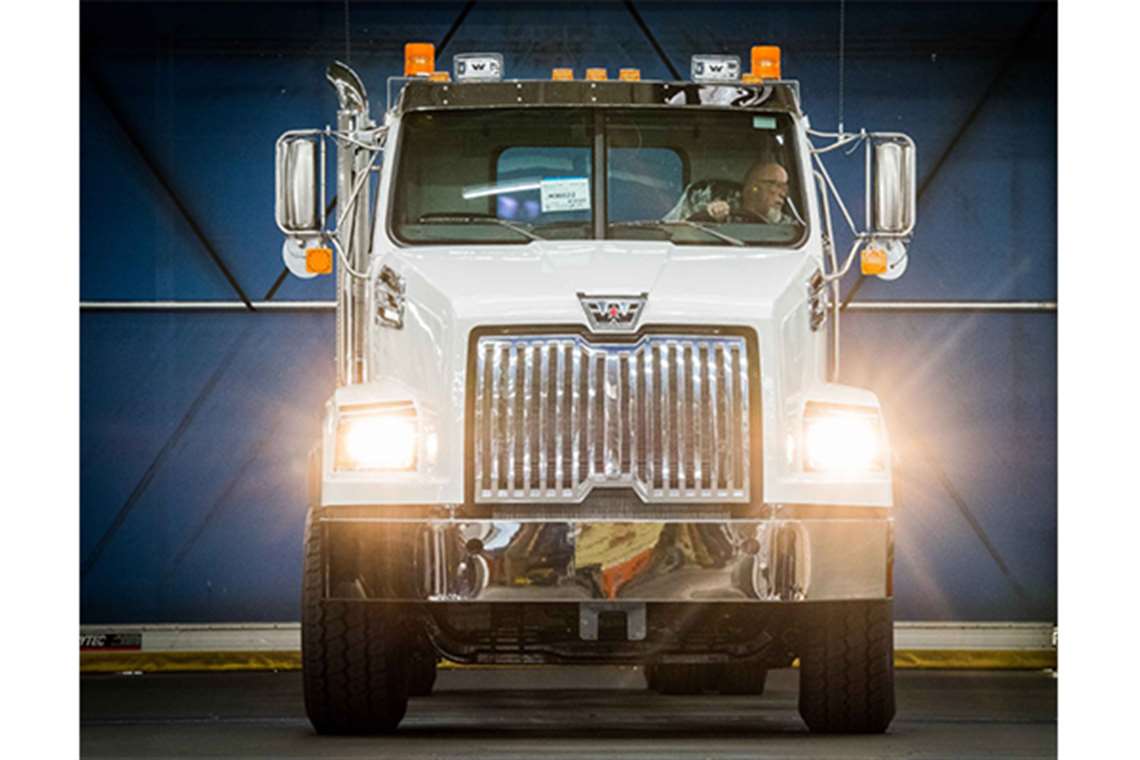 Western Star celebrated the production of its 200,000th truck with a special event at its Portland Truck Manufacturing Plant.

The 2020 4700SB truck rolled off the assembly line and was delivered to customer Joe Johnson Equipment of Innisfil, Ont., in a ceremony attended by Western Star executives, Portland Manufacturing Plant employees and customer representatives. The 200,000th truck, which will be upfitted as a vacuum excavator, will bear a special marker of its significance to the Western Star team and will also have the signatures of the men and women who design, build and sell the toughest trucks in the business inscribed underneath its hood.

“We’re thrilled to see the 200,000th Western Star join the workforce,” said David Carson, senior vice president, Vocational segment, Daimler Trucks North America LLC (DTNA). “Western Star trucks have a hard-earned reputation as tough trucks that are able to withstand the most extreme conditions and applications. This particular truck, like the ones before it and those that follow, is built for the men and women who depend on their truck to tackle the toughest jobs there are.”

Joe Johnson Equipment, a subsidiary of Federal Signal Corp., has bought more than 1000 Western Star trucks. “They’ve exceeded our expectations all along,” he said. “It’s an honor to add the 200,000th Western Star to our fleet.”

Western Star was founded in 1967. Originally headquartered in Cleveland, Ohio with manufacturing in British Columbia, in 2002, Western Star production was moved to its new assembly plant in Portland, the headquarters of parent company DTNA. The Portland Manufacturing Plant began operations in 1969 and has built nearly 500,000 trucks since its opening.