Wärtsilä and Liebherr Team Up On Marine Engines 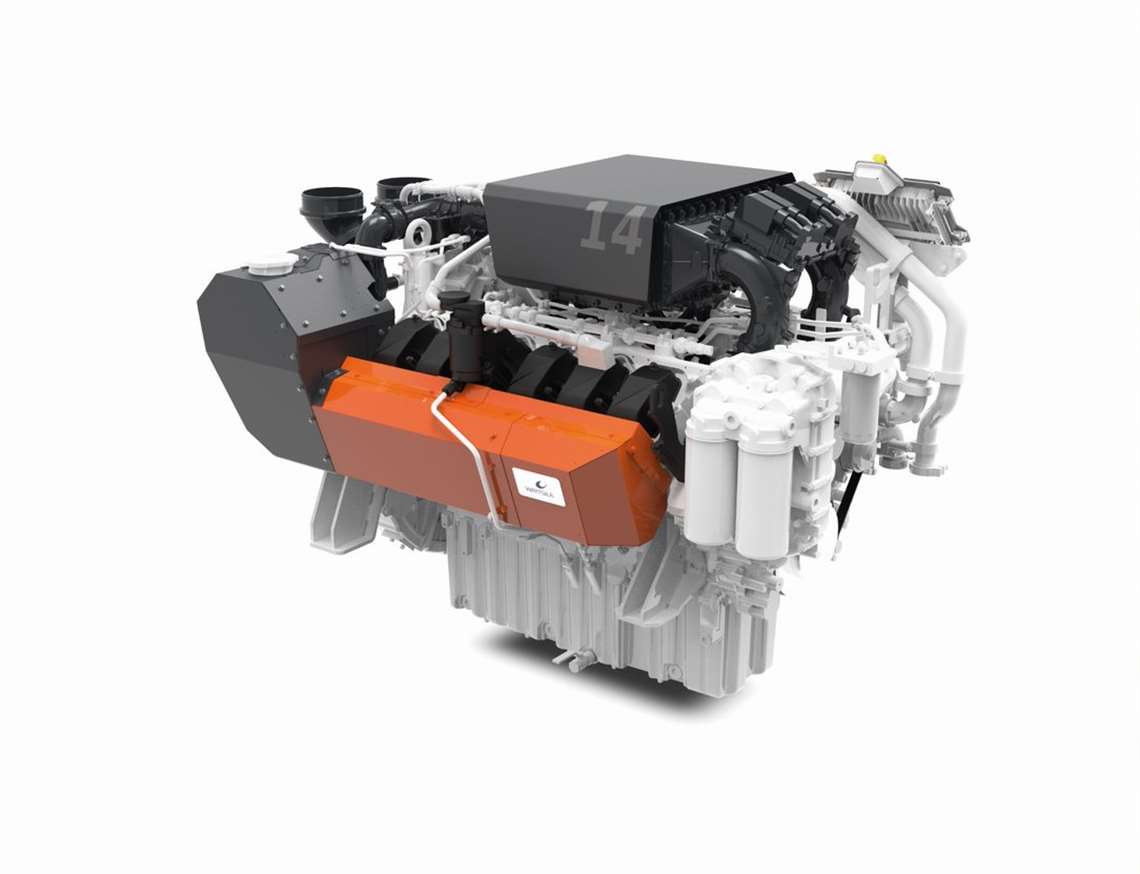 The Wärtsilä high-speed W14 diesel engine for maritime and offshore applications was unveiled in late 2018. The engine is the result of a cooperation between Wärtsilä and Liebherr and is derived from Liebherr’s D96 engine family.

The W14 will be available in 12- and 16-cylinder variants with power outputs from 755 to 1 340 kW for mechanical propulsion, and from 675 to 1 155 kW electric power for auxiliary and diesel-electric propulsion applications.

Philipp Lenz, sales director Large Engine Applications at Liebherr Components in Nussbaumen, Switzerland, explained the main reasons for entering into this agreement: “In the past few years, Liebherr Components – originally a manufacturer supplying primarily into its own captive market – morphed into an international player taking up a position across all engine markets.”

To accelerate this process, the company chose different approaches; one of them being development partnerships or supply agreements with other engine manufacturers, as for example with Kohler-SDMO for power generation or Deutz for construction and industrial (C&I) applications.

“The maritime market is the second biggest market for engines above 800 kW and was new to Liebherr. Thus, we had to decide what was the best approach to enter it,” said Lenz. “Moving on into a partnership with Wärtsilä proves to be a good fit for both sides, as Wärtsilä is a main player in the medium-speed market but was probably missing some segments that are served by high-speed engines. They have a strategic interest in the power band around 1 MW, while Liebherr was looking for a partner capable of distributing, selling and servicing marine engines worldwide.”

Lenz explained that Liebherr will deliver its D96 family engines to Wartsila adapted to marine applications and meeting IMO Tier 2 emissions regulations. For compliance with IMO Tier 3 or even more stringent regulations, Wärtsilä will develop and supply the aftertreatment system. The W14 engine for marine applications will target mainly tugboats, fishing vessels, ferries, and others; the market for offshore supply vessels is also a key one.

Another important segment for these engines is auxiliary generator sets in large commercial ships. For these versions, Liebherr will supply its D96 engine family and Wärtsilä will deal with the gen-set packaging.

“Liebherr’s scope in this agreement is to develop our existing engine family in the direction needed for marine applications,” said Lenz. “There are basically three major aspects for the marinization of an engine: the regulatory requirements, with the compliance processes set by classification societies and SOLAS; the exhaust aftertreatment package; and finally, performance requirements.

“When used for marine propulsion, the engine needs to fulfill special torque requirements – depending on the type of propulsion used – which can be reached mainly through the calibration of combustion and turbocharging. And here is where Liebherr’s development efforts mostly concentrated on.”

The cooperation with Wärtsilä and the engine development started beginning 2018 and, since then, a number of units have been tested at the Liebherr Components plant in Bulle, Switzerland. According to Lenz, marine-classified engines ready for pilot installations will be available by the end of 2019; the classification process is currently ongoing.

“The tests we carried out in Bulle followed our standard process for fixed-speed applications and test results indicated that the engines reach the same performance level as existing units for power generation,” Lenz commented. “The configuration and calibration of the engine for propulsion applications is ongoing and will be proofed by corresponding tests as well as in pilot installations.”

While Wärtsilä features already a similar inline engine in its range, the model W20 running on heavy fuel oil, the vee-configuration W14 is expected to complete the company’s portfolio in this power range. “The base design for power generation is a unit meant to be very cost effective with a high percentage of common parts. It is the same unit designed for the cooperation with Kohler-SDMO,” said Lenz.