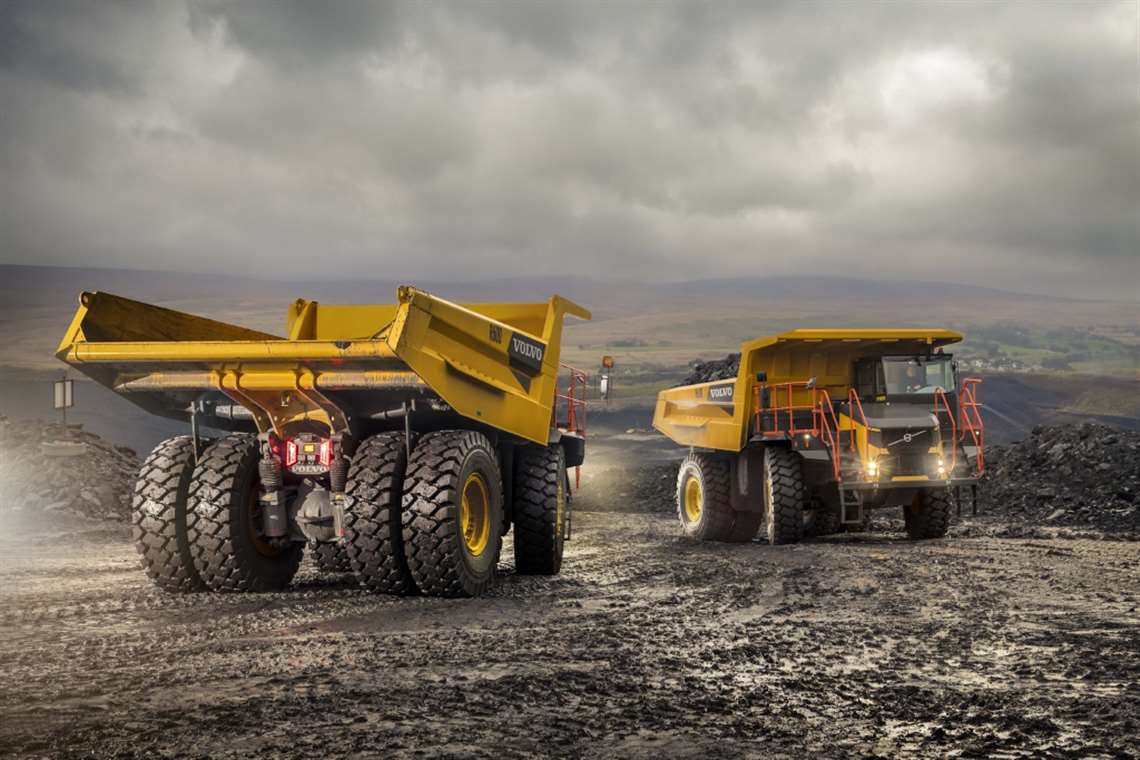 Volvo Construction Equipment (Volvo CE) is entering the rigid hauler market with its own brand of machines in the second quarter of this year.

As a result of the launch of the Volvo-branded machines, production of Terex Trucks rigid haulers will, over time, cease, Volvo said.

The range, which will initially be launched in lesser regulated markets, consists of the 45-ton R45D, 60-ton R60D, 72-ton R70D and the flagship 100-ton R100E. The new haulers will be manufactured at the rebranded Volvo factory in Motherwell, Scotland, and sold exclusively through the Volvo dealer network.

Although specific technical details about the trucks are sketchy, the E-Series R100E is a completely new Volvo CE 100-ton rigid hauler that the company said combines new technologies and a new design for mining and quarrying customers.

The development of the new four-model range has relied heavily on the longstanding rigid hauler expertise of Volvo CE’s subsidiary Terex Trucks, combined with the technological strength of the Volvo Group, the company said.

“Our purchase of Terex Trucks in 2014 was a strategic decision that allowed Volvo to offer customers a rigid hauler option,” said Thomas Bitter, senior vice president of the Marketing and Product Portfolio function at Volvo CE. “Since then, we’ve been working to design a completely new rigid hauler that builds on Terex Trucks’ 84-year heritage, while also incorporating Volvo CE’s industry-leading technology and core values of quality, safety and environmental care.

“Today we move to the next stage, and the new Volvo machines, especially the E-Series R100E, are the outcome of this work. We’re confident that they will impress customers working in the mining and quarrying segments.”