Global drive systems supplier Voith announced it has agreed to acquire a majority stake in Argo-Hytos, a Swiss manufacturer of mobile hydraulic and system solutions, primarily for off-highway equipment. 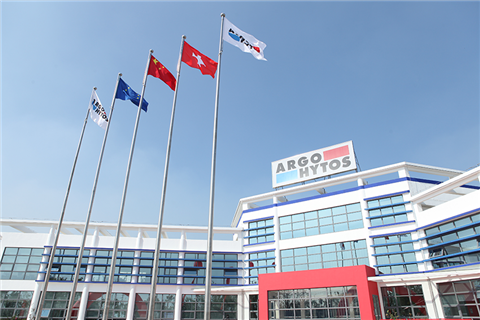 Voith is purchasing 79.5% of Argo-Hytos shares and the company said the participation of the two previous owners, Christian Kienzle and FSP Capcellence, a Hamburg, Germany-based investment firm, sends a strong signal that Argo-Hytos will consistently and continuously pursue its successful path in a new ownership structure.

The deal, which was signed June 6, is expected to be completed by August, subject to all regulatory approvals. Both parties have agreed not to disclose the financial details of the transaction.

“Voith is the technology leader in drive technology in many industries,” said Cornelius Weitzmann, member of the Voith corporate board of management and president and CEO of Voith Turbo. “We have defined the off-highway sector as an additional growth area for Voith Turbo.

“With its more than 70 years of experience, focus on technology and innovation as well as a clear customer orientation, the family business Argo-Hytos is a perfect fit for Voith. This makes Argo-Hytos the ideal entry point for Voith into this promising market.”

Argo-Hytos was established as a family business with more than 1600 employees and production companies in Germany, Czech Republic, Poland, India and China as well as numerous distribution and assembly companies. Argo-Hytos will be continued as an independent brand with the addition “a Voith Company.”

“Argo-Hytos has found its new home as a strategic platform for off-highway applications at Voith Turbo,” said Christian Kienzle, former majority shareholder of the Argo-Hytos Group.