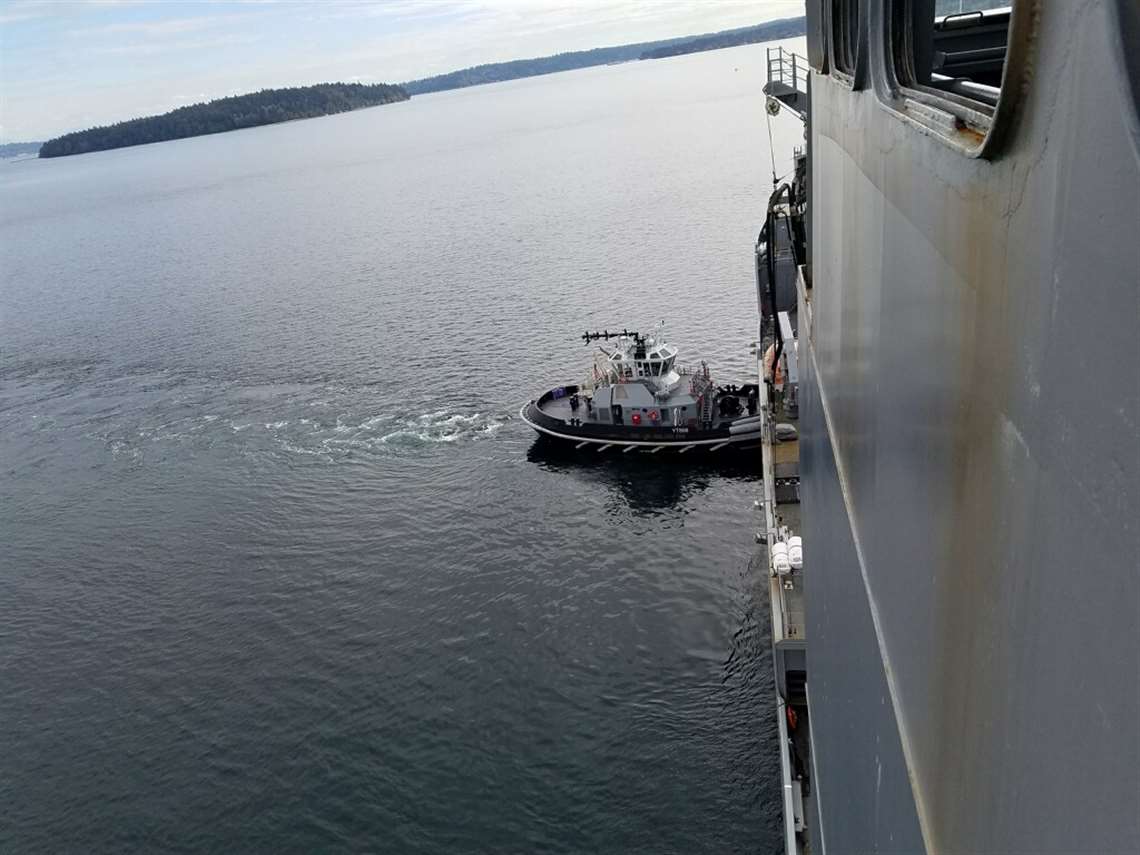 The Navy’s first Yard Tug (YT) 808 class tug was recently delivered to Naval Base Kitsap, Bremerton Annex, Bremerton, Wash.  Only 17 days after delivery, YT 808 was in the water assisting cargo ship USNS Richard Byrd (T-AKE 4) as it moved away from the dock at Naval Magazine Indian Island.

“Narrowing the gap between delivery and providing operational support is a priority for our team,” said Mike Kosar, program manager of Support Ships, Boats, and Craft Program Office within Program Executive Office Ships (PEO Ships). “It’s impressive that almost immediately after delivery YT 808 is at work and contributing to our fleet readiness.”

The vessels are designed after the Navy’s existing YT 802 Valiant-class tugs and are built to commercial American Bureau of Shipping standards. The 90 x 38 ft. tugs have a top speed of approximately 12.5 knots and a bollard pull of approximately 43 long tons, which the Navy said allows them to effectively perform towing and ship-handling duties for carriers, surface ships, submarines and barges.

The tugs are outfitted with a hydraulic hawser winch and staple on the forward deck for towing, and an “H” bitt installed on the aft deck with an adjacent hydraulic capstan for tightening lines. Similar to the previous 802 Class, the new YT 808 Class tugs have an improved articulating hydraulic brow installed aft of the deckhouse to allow personnel transfers to and from alongside ships or submarines.

As one of the Defense Department’s largest acquisition organizations, PEO Ships is responsible for executing the development and procurement of all destroyers, amphibious ships, special mission and support ships and special warfare craft.