The Notable New Products Of 2020

The new products that caught our attention over the last 12 months. 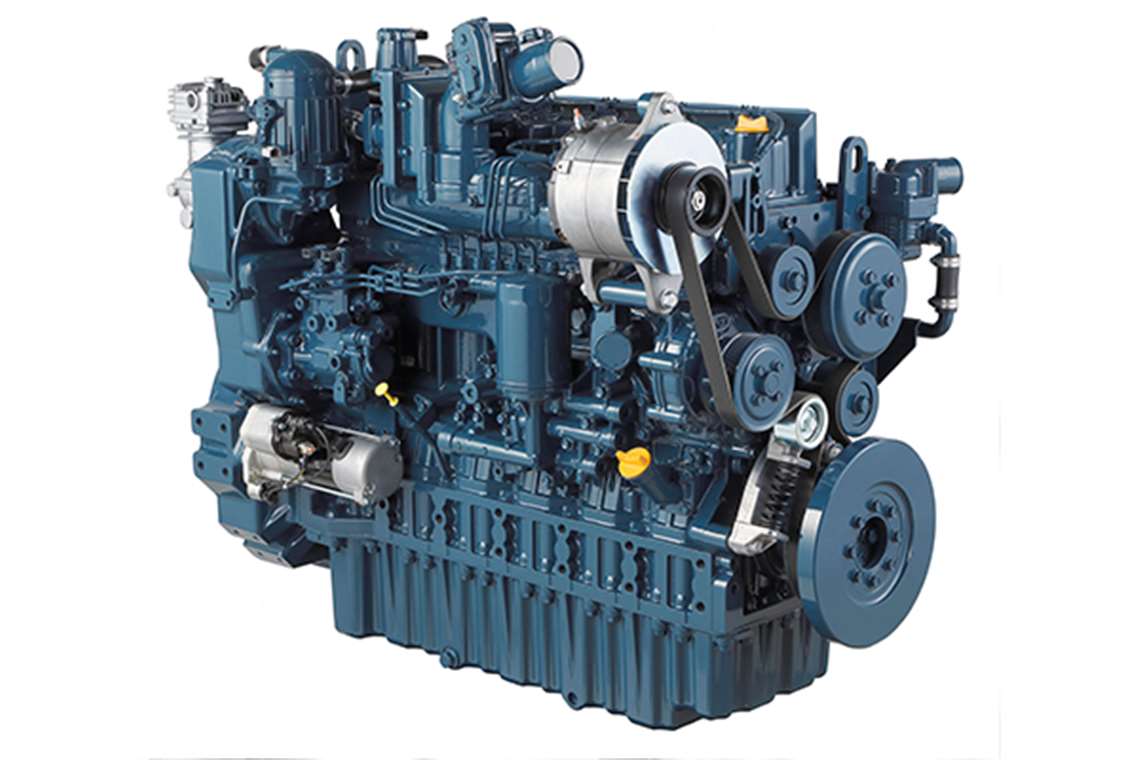 The full article appeared on page 20 of the May issue. 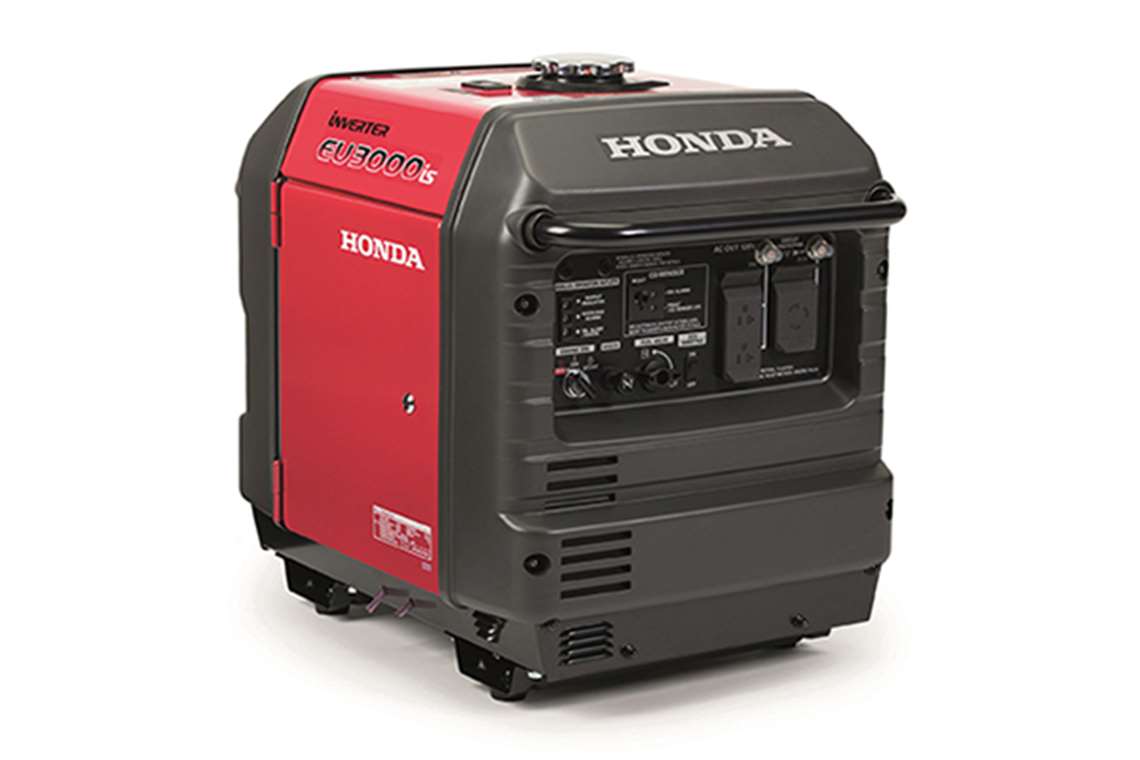 In an interesting case of taking a proactive safety measure, Honda Power Equipment, a business unit of American Honda Motor Co., Inc., has introduced CO-Minder, a carbon monoxide (CO) detection technology, across its full line of portable generators. The CO-Minder is designed to continuously measure carbon monoxide levels in the air near a gen-set and automatically shut down the unit before detected CO reaches a dangerous level (800 ppm at a given time, or an average of 400 ppm for 10 minutes). The CO-Minder was installed after the Portable Generators Manufacturers’ Association (PGMA) released a voluntary standard (G300-2018) in April.

The full article appeared on page 22 of the November issue. 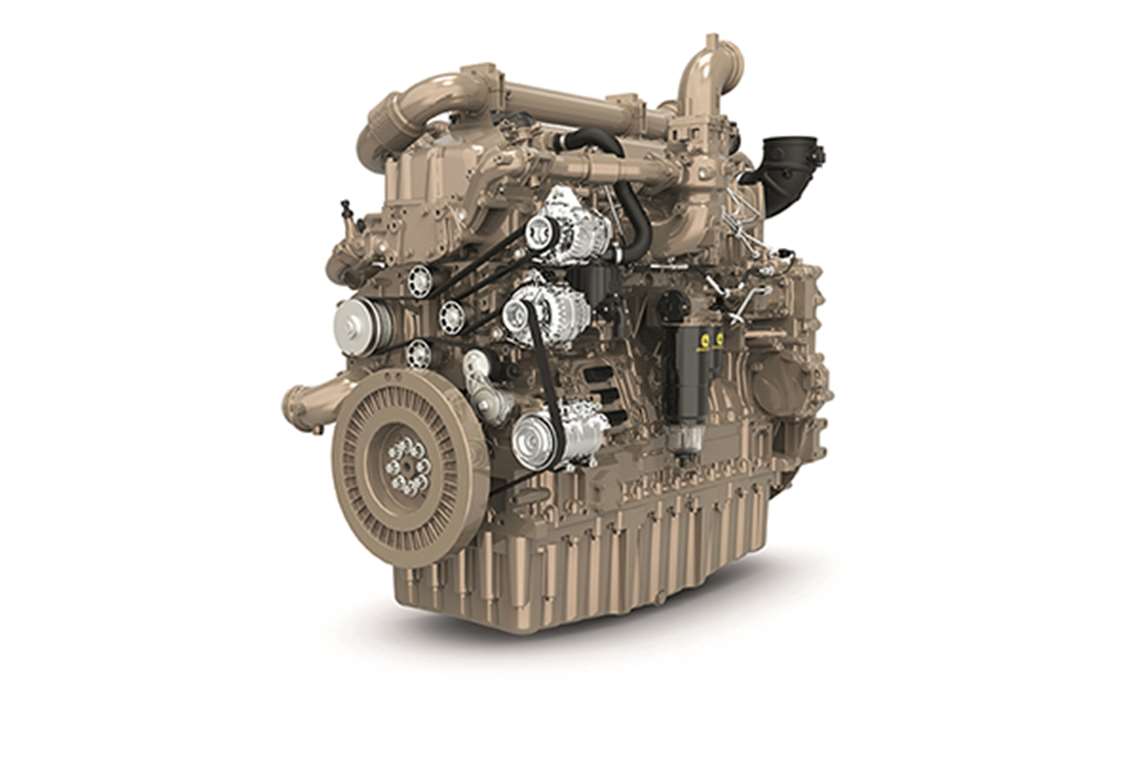 The introduction this year of a new 18.0 L model will move the top end of the John Deere Power Systems (JDPS) power range to be over 870 hp (650 kW). The engine, the largest ever from John Deere, will be built at the company’s Engine Works facility in Waterloo, Ia. beginning in 2022.

JDPS said the recently introduced 13.6 L and the new 18.0 L diesels were conceived together. “We started with the concept of having a couple of engines to cover our growing power needs into the future,” said Michael Lefebvre, manager, global marketing and product strategy. “And out of that came the 13.6 L and now the 18.0 L.”

The full article appeared on page 16 of the May issue. 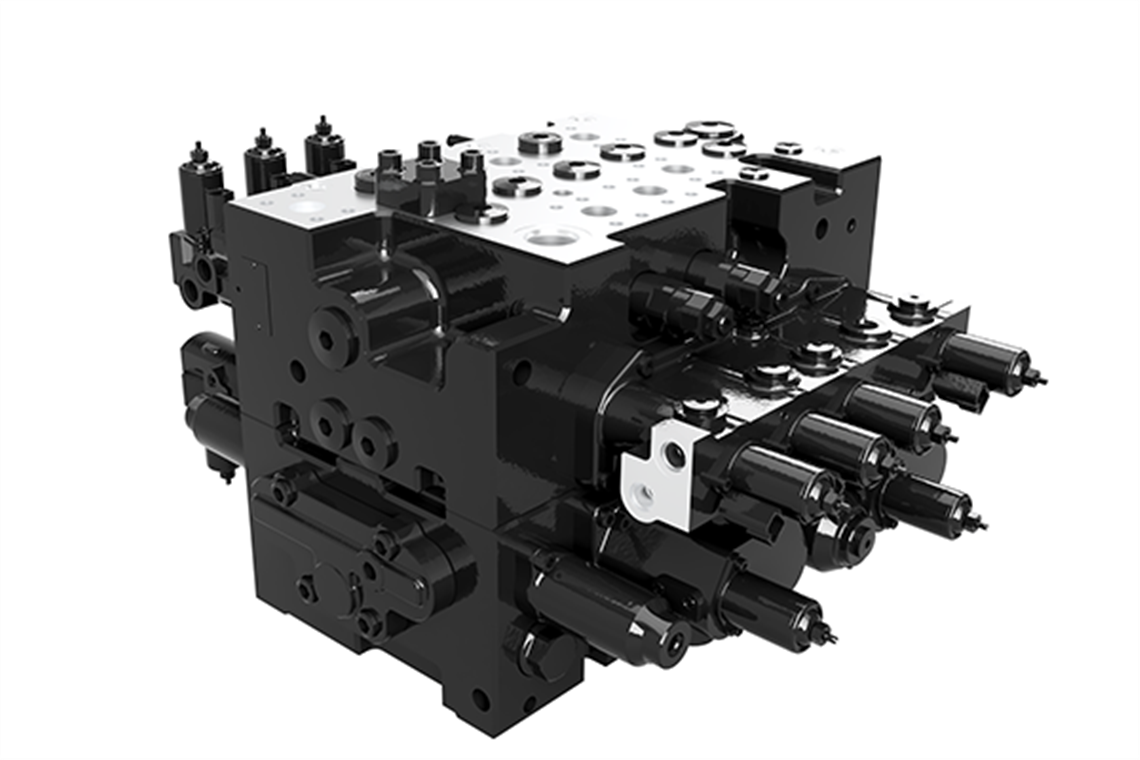 Kawasaki has introduced a new hydraulic and control technology for the hydraulic excavators. Debuting at IFPE earlier this year, the Information and Communication Technology (ICT) system was developed jointly by Kawasaki Precision Machinery and the Kawasaki Technical Institute in Japan.

Kawasaki developed three new products to create the ICT excavator system. The first is an ICT-compatible multi-control valve that incorporates a Kawasaki solenoid proportional control valve designed to deliver more precise hydraulic control. The second new product is the new Kawasaki electric joystick, which the company said has the same feel as the hydraulic pilot valves that have been the industry standard for years. The third component is the KC-MC-20 controller, a high-performance electronic module that helps machines achieve greater fuel efficiency through high precision control.

The full article appeared on page 38 of the February issue. 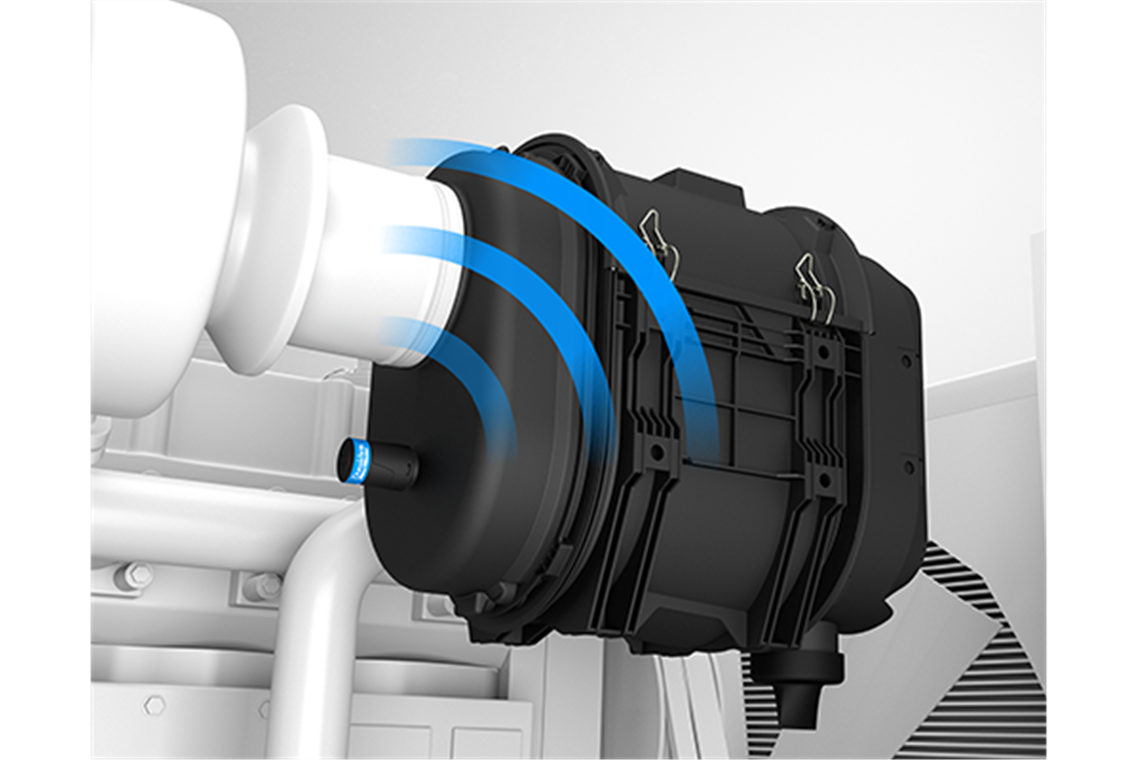 There’s very little on engines and equipment today that does not lend itself to wireless connectivity. At ConExpo-Con/Agg, Donaldson Co. announced that its Filter Minder wireless monitoring system is now available to monitor engine air filters in off-highway equipment and on-highway trucks.

The Filter Minder systems track filter performance data and notifies users when filters are approaching optimal life. The information enables filters to be serviced exactly when needed, rather than on scheduled maintenance intervals. Integrated into Geotab’s fleet management solution already operating on many off-road and on-road fleets, Filter Minder incorporates patented low-energy wireless sensors and a compact receiver. Filtration insights for an entire fleet are consolidated into a dashboard view and alerts can be customized for each user, the company said.

See the full article on page 35 of the March issue, with an update on page 40 of the December issue. 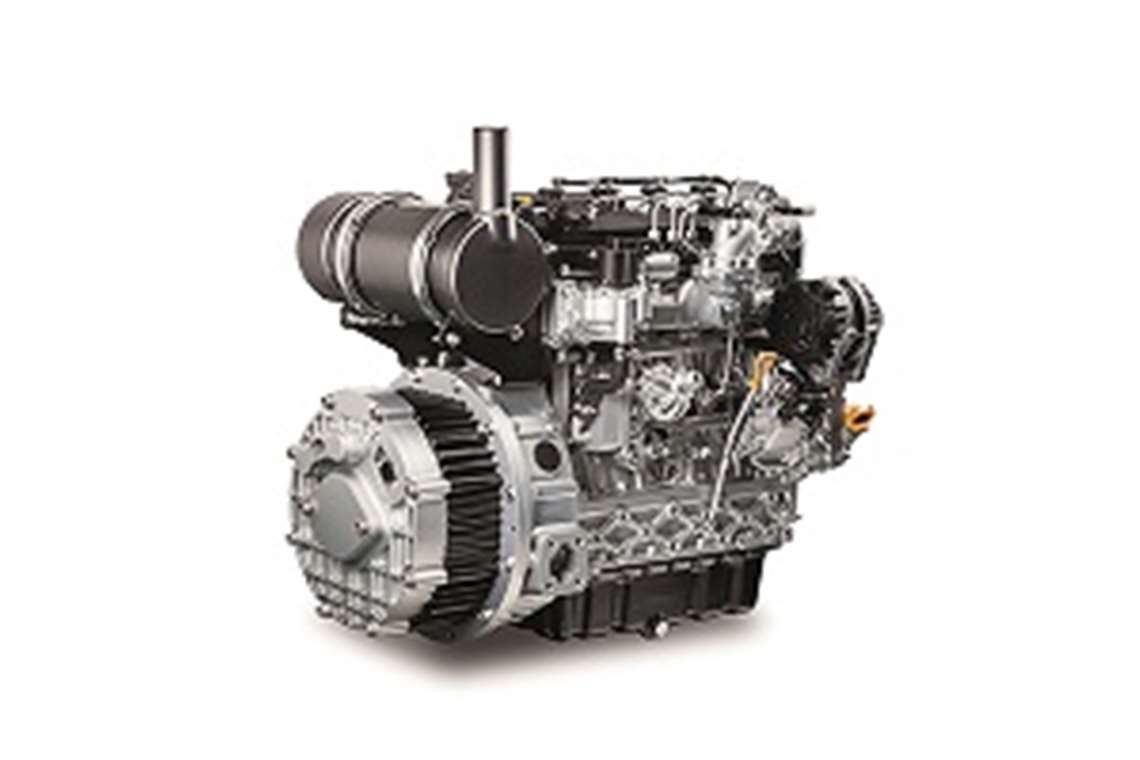 Doosan Infracore has introduced the H18, H24 and H34 intelligent hybrid powertrain which it said can replace 2 to 4 L diesel engines rated 50 to 161 hp.

The initial design for the company’s compact hybrid design is based on a Doosan D24 diesel engine rated 74 hp (55 kW). The engine runs a 48v motor directly from the flywheel as well as an inverter/hybrid control unit (HCU) and hydrostatic transmission. The 20 kW motor keeps a lithium-ion battery charged.

The full article appeared on page 39 of the January issue. 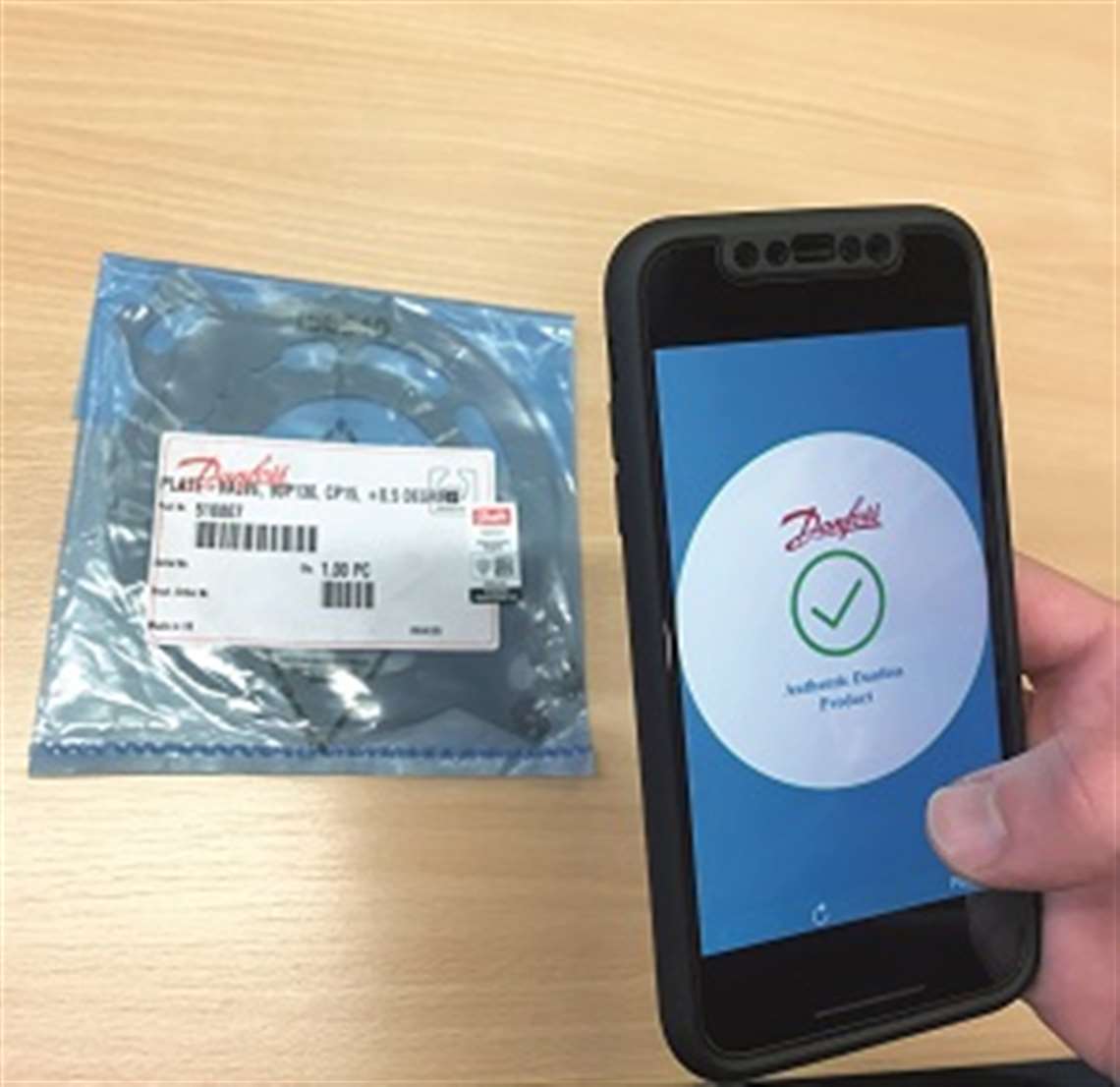 Using a technology developed by Authentic Vision, Danfoss-branded unique labels are applied on the product package. Customers download the smart phone application from Android Play store or Apple App Store and then scan the label using the mobile application.

The full article appeared on page 45 of the January issue. 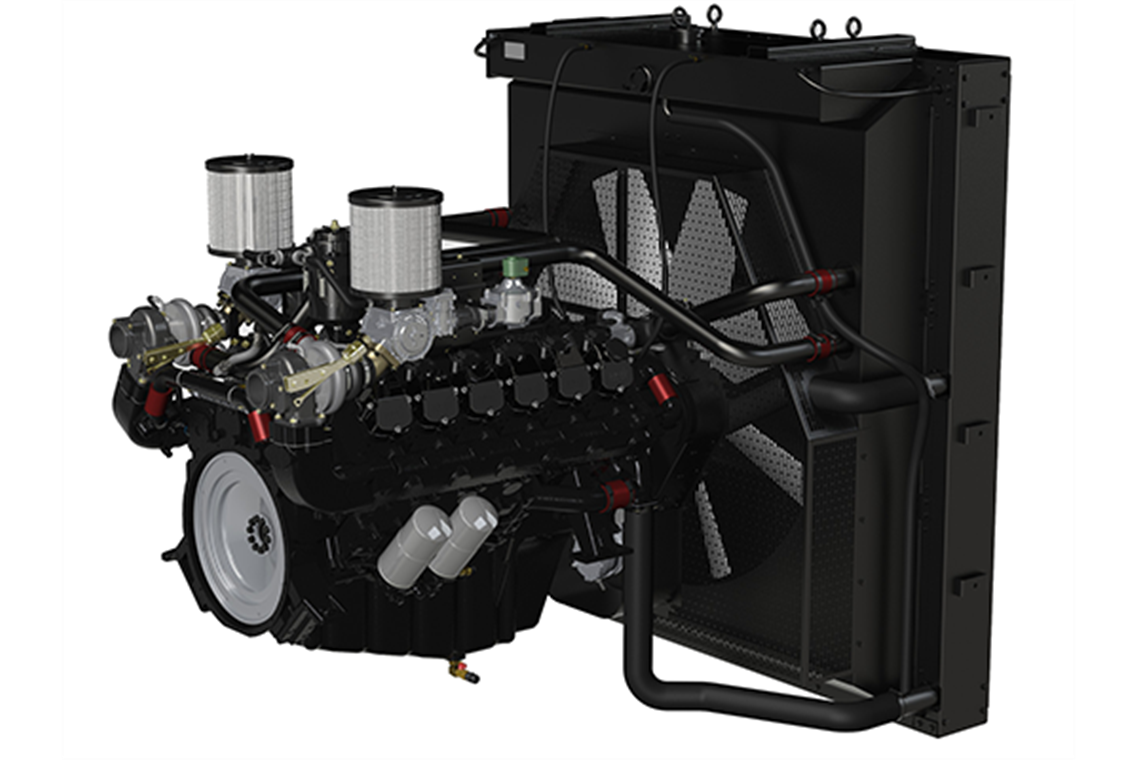 Power Solutions International (PSI), has developed new high-output versions of its 14.6 and 21.9 L gas engines for the 350 kW and 500 kW power nodes.

The new natural gas high-output engines are EPA certified for emergency standby applications in the energy market, the company said.

The the full article appeared on page 28 of the August issue. 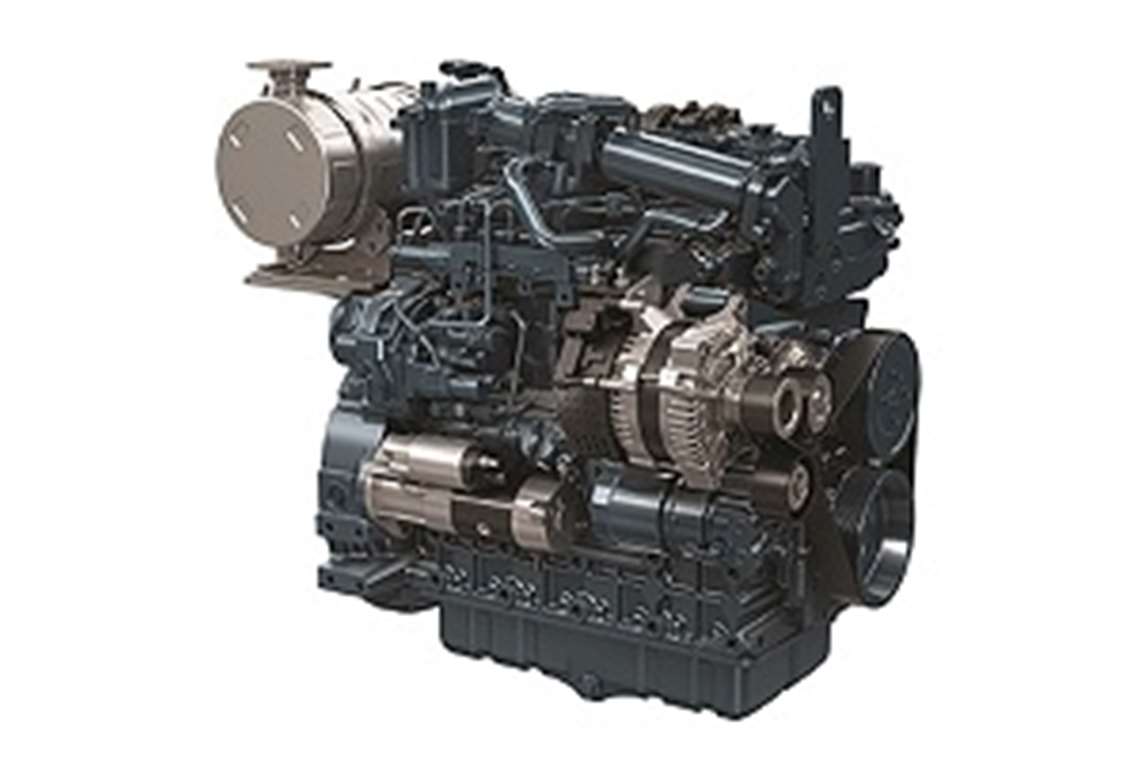 The Micro-Hybrid system uses an ac synchronous motor generator, a dc/dc converter, and a 48 V lithium-ion battery, along with the 74.3 hp (55.4 kW) model V3307 diesel engine to provide 10 kW of power assistance instantaneously during peak overloads.

The full article appeared on page 34 of the July issue. 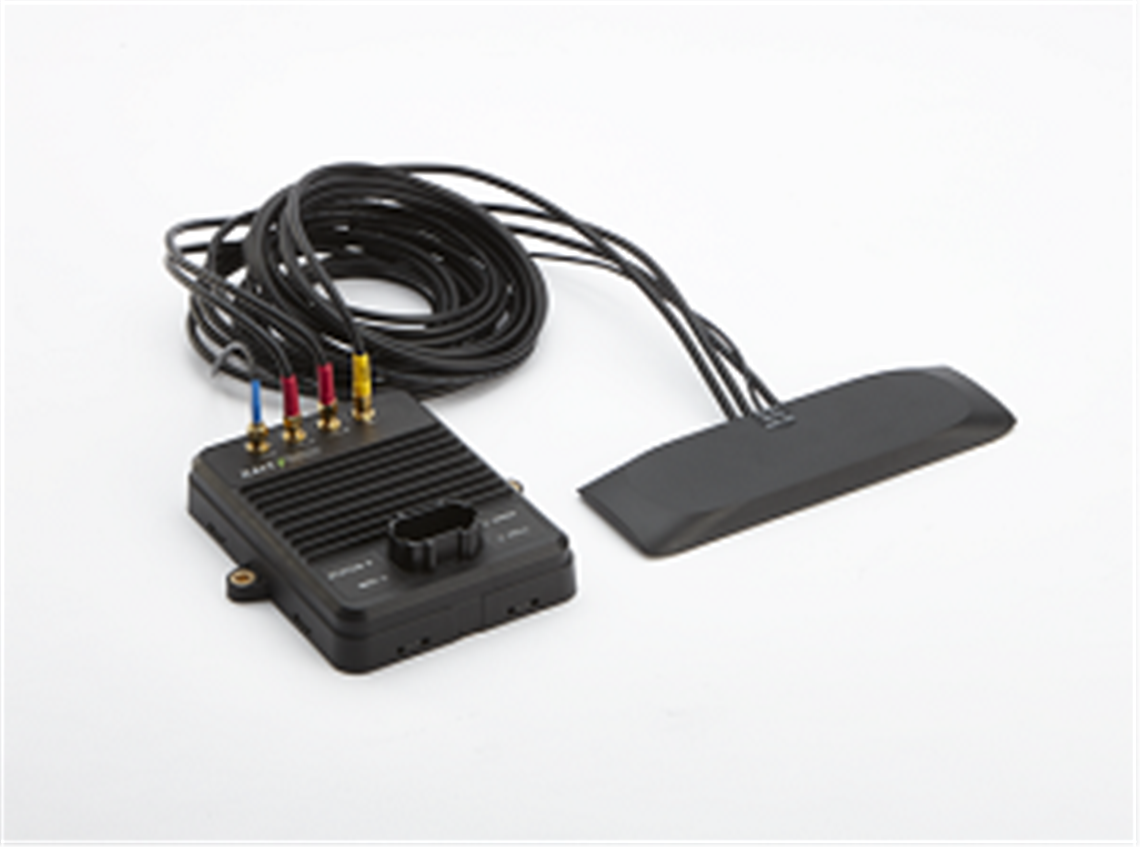 In an effort to streamline battery tracking options through a single-source solution, XALT Energy, the division of Freudenberg Sealing Technologies that specializes in lithium-ion technologies, partnered with HED Inc., a supplier of intelligent vehicle controls and telematics systems, to develop a proprietary system designed to provide complete battery monitoring to optimize electric vehicle performance.

XALT Battery Viewer (XBV) is a telematics system sold as a companion tool for the heavy-duty lithium-ion batteries the company provides to commercial vehicle manufacturers. The system offers users access to sophisticated system data in a simple-to-install-and-use telematics package that delivers critical operational information through a user-friendly portal.

The full article appeared on page 59 of the March issue. 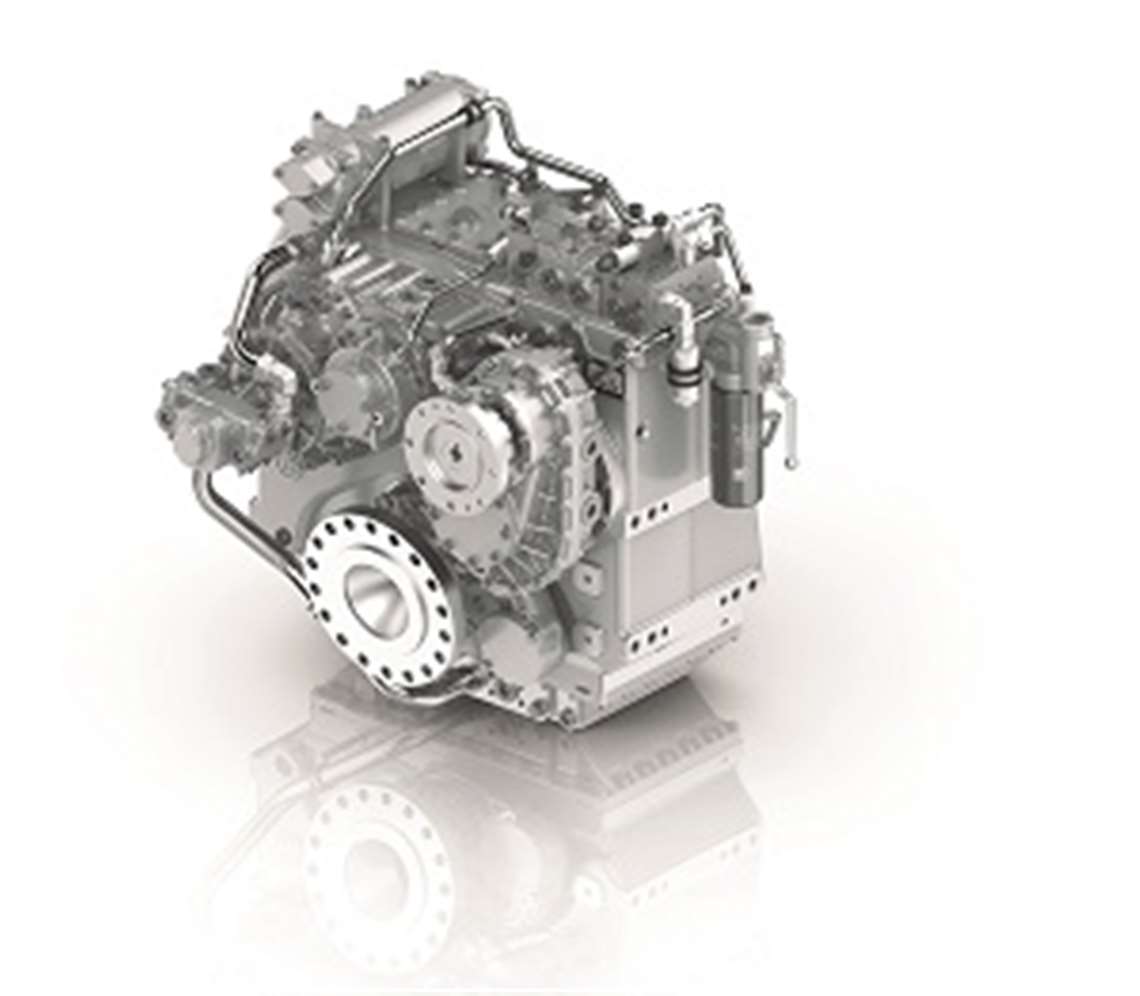 ZF Marine launched the brand’s first hybrid transmission designed to be installed in both V (V drive) and A (down angle) positions. The new ZF 5200 A/V PTI (power take-in) transmission is available in an array of transmission ratios and targets a vessels that include yachts, ferries, governmental vessels and patrol boats.

In the past, ZF said, such configurations have been difficult to bring about due to the packaging challenges of adding the additional input shaft for the PTI. With the ZF 5200 A/V PTI, the company made it possible for the additional power take-in to be coupled with an electric motor in both installation variants. At the same time, the marine transmission can transmit primary drive outputs of up to 3500 hp (2462 kW). In combination with the transmission ratio range – the main drive ratio is 2.588 to 4.250 and the power take-in 2.5888 to 13.813 – the new transmission provides high performance operation with reduced emissions and noise

The full article appeared on page 39 of the April issue. 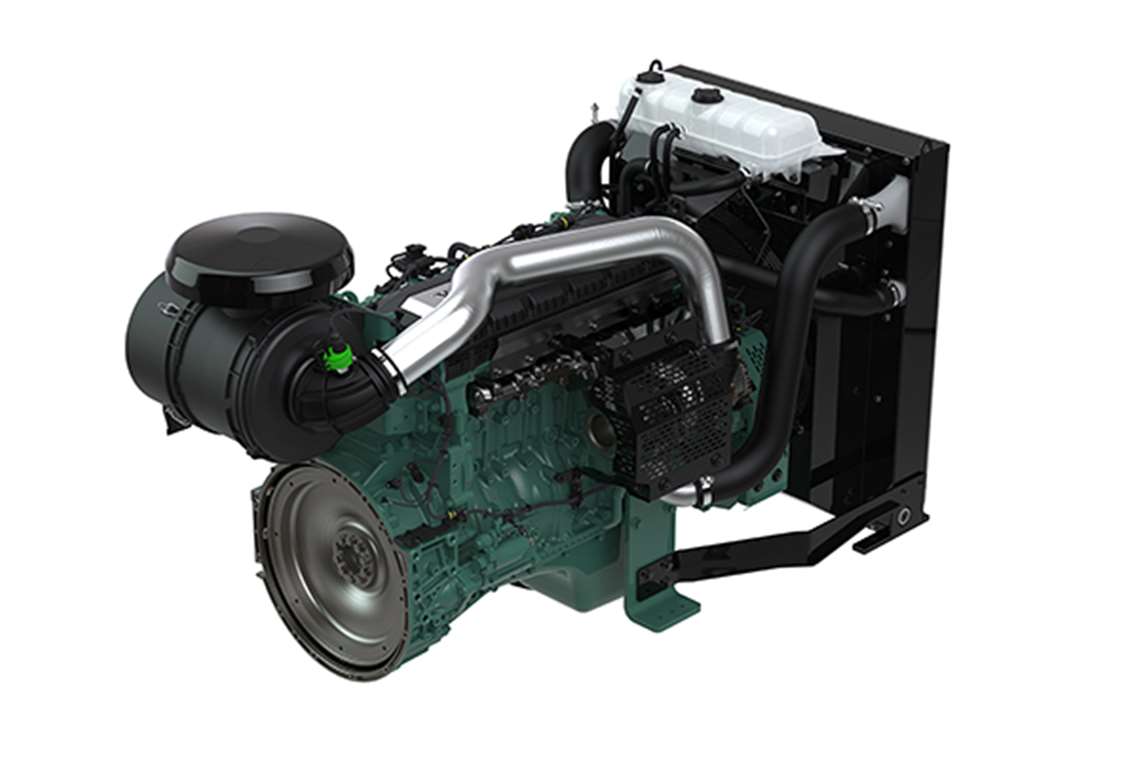 Volvo Penta said the new D8 industrial gen-set engine will mainly be used as a source of back-up power, as well as cost-effective primary power generation in areas where energy is scarce. It can be used for both mobile and stationary power generation applications, depending on local emission regulations.

The full article appeared on page 34 of the August issue.