The case for low-viscosity oil

Lubrizol’s testing in new and older engines has shown that API FA-4 lubricants have demonstrated expected levels of wear while showing significant improvement in fuel economy.

Meanwhile, truck operators and fleet owners are reaping the benefits of modern vehicle technology. Today’s trucks offer dramatically improved fuel economy compared with older-model vehicles, helping operators keep their assets on the road for longer periods of time between refueling. Considering that fuel costs account for up to 24% of the average fleet owner’s cost per mile, according to the American Transportation Research Institute, any efficiency gains are attractive.

To those ends, it is interesting to consider that four years after the American Petroleum Institute (API) delivered an updated specification for heavy-duty engine oils in the form of API CK-4 and FA-4, adoption of API FA-4-certified oils – those formulated to lower viscosities so as to deliver fuel economy gains – still only hover around 1% of market share in North America, according to data collected by the Kline Group. An API FA-4 10W-30 lubricant, for example, can help a vehicle achieve up to 2% greater fuel economy versus an API CK-4 15W-40 lubricant, according to data from the North American Council for Freight Efficiency (NACFE). However, 15W-40 lubricants still maintain over 79% market share, according to Kline.

Why is this the case? While API FA-4 lubricants are intended for use in new vehicles and have limited backwards compatibility, one major hurdle to wider adoption has been OEM  reluctance to specify its use – even in in vehicles with new model engines.

The reality is that API FA-4 formulations can and have been proven to provide significant real-world fuel economy benefits in all different kinds of engines, all while delivering the necessary performance benefits those engines rely on for long, useful lives.

Even with the push toward electrification, mandates for lower emissions aren’t going away. That means more pressure on OEMs to create ever-more fuel-efficient engines to meet new industry standards. Meanwhile, the second phase of the Greenhouse Gas Emissions and Fuel Efficiency Standards from EPA and the National Highway Traffic Safety Administration (NHTSA) becomes effective in model year 2021, phasing in through 2027. Each phase will require larger gains in fuel economy and greater emissions reductions. 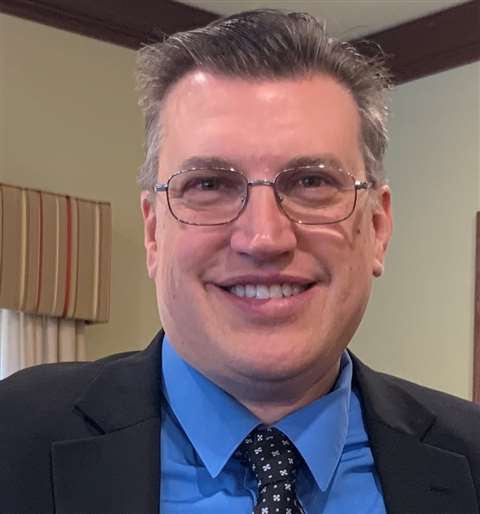 Meeting these requirements now and into the future will require everything at an OEM’s disposal and lower-viscosity lubricants can be an effective tool. The API FA-4 spec was developed as a way to achieve higher levels of fuel economy in new engines via lower viscometrics: a thinner lubricant that flows across engine parts with less resistance can directly translate to better efficiency. Certain OEMs took advantage and their experience with lower viscosities today may better position them as the drive toward higher levels of efficiency continues.

The market has long held to what appears a logical belief – a thicker viscosity oil can better protect an engine than a thinner one. Meanwhile, many OEMs are understandably  conservative about any choice that could potentially lead to greater wear in its hardware and the warranty claims from end users that would result.

But with the advent of advanced additive chemistry, this traditional wisdom no longer holds true and lower-viscosity lubricants have been shown to provide robust protection for a wide range of engine types. FA-4 lubricants must demonstrate the same performance as higher-viscosity API CK-4 lubricants, including oxidation control, shear stability, aeration performance and other criteria. All relevant lab testing confirms this performance in API FA-4-certified oils. But what about in the real world?

Lubrizol has field-tested API FA-4 lubricants in real-world units from a variety of OEMs and have generated over 86 million miles of data. Trucks we have tested include new models designed to be filled with FA-4 lubricants, as well as older model trucks where FA-4 is not specified by the manufacturer. In each of these cases, the data has remained clear: engines, both old and new, have demonstrated expected levels of wear at up to 500,000 miles of service while showing significant fuel economy improvement.

As older trucks inevitably are phased out of service due to fleet buying cycles and necessary replacement, an increasing number of available heavy-duty vehicles will be eligible for service with FA-4 lubricants. While adoption rates remain low today, it is reasonable to expect forward-thinking fleet owners and operators with an eye toward maximizing their profitability to increasingly seek a lubricant option that can reduce their per-mile fuel costs.

This must, of course, be balanced with uncompromised durability and wear protection. As Lubrizol has found through extensive testing, properly formulated FA-4 lubricants that utilize the right additive chemistry can provide that balance. OEMs that are able to recommend FA-4 solutions may stand to sharpen their competitive edge with the ability to pass those benefits on to their customers. Further, building confidence with FA-4 solutions today can better prepare OEMs for a lower-viscosity future as fuel economy and emissions standards continue their march forward.

This story first appeared in the June issue of Diesel Progress. For a free print or digital subscription, please click here.