The Abrams Gets An APU 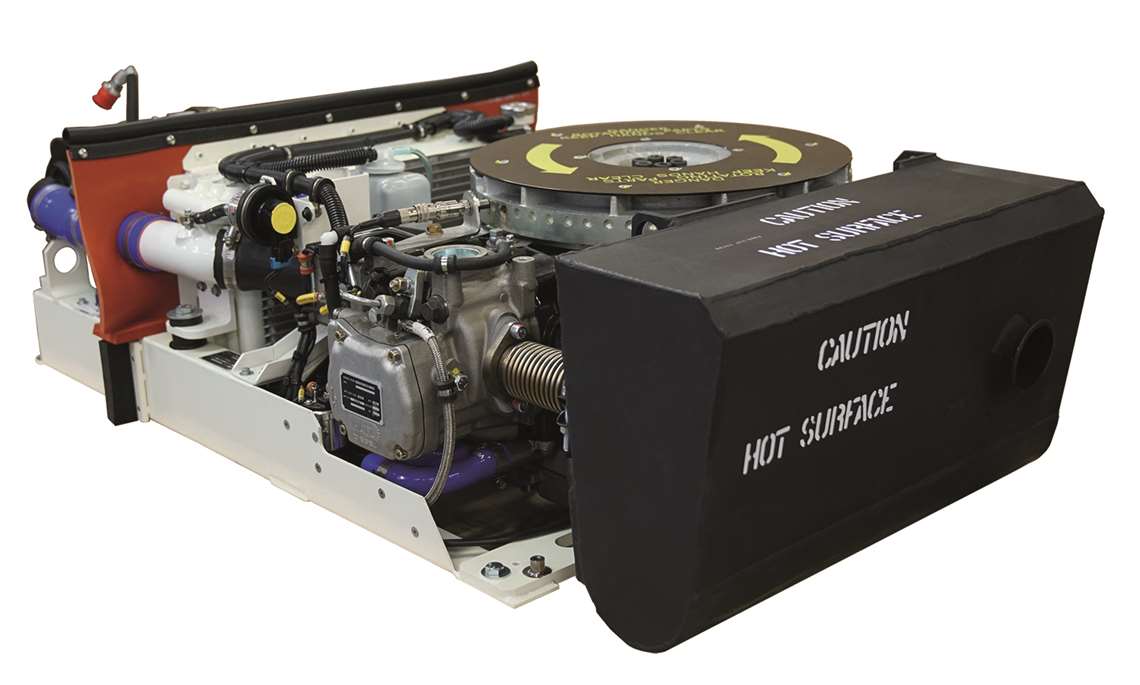 Since it debuted in 1980, the M1A2 Abrams has been one of the premier battle tanks in the world and has been the tip of the spear for the U.S. Army in a number of conflicts such as the Gulf War.

But while it dominated every battlefield it has fought upon, that’s not to say the vehicle was perfect. One of the main drawbacks to the initial Abrams design was the fact that the power for all its various systems – everything from propulsion to operating fire control and communications systems – was derived from its main 1500 hp Honeywell AGT1500C multi-fuel turbine engine. In addition to issues such as noise, fuel consumption and heat signature, the design precluded any form of “silent overwatch” to keep critical electrical systems online without running the engine.

Battery power was eventually utilized as an interim solution, but the U.S. Army recognized that the addition of an auxiliary power unit (APU) could be an answer. Even that solution was not without challenges, however, mostly having to do with very limited space on the tank and the need for high reliability, low heat and noise signatures and good fuel economy, even under arduous combat conditions.

After experimenting with placing an APU in an external compartment behind the turret, eventually it was determined that an existing rear sponson compartment could be utilized, provided the unit could configured to fit in a space with a height allowance of approximately 12 in.

It was a challenge that Marvin Land Systems (MLS), an Inglewood, Calif., manufacturer of custom-designed APUs for military applications, was up to with its MLS Auxiliary Power Unit (APU) — with an assist from diesel engine manufacturer Hatz, which developed a modified version of its 1D90 diesel engine for the unit.

“It’s a very special engine for this application,” said Mike Hartoonian, president and CEO of Waukesha, Wis.-headquartered Hatz Diesel of North America. “The space claim was incredibly small and then it had to be very survivable as far as operating conditions – like extreme heat in desert conditions for example.”

The APU has extremely compact dimensions – 53.5 in. long x 24 in. wide x 12.5 in high – and weighs just 420 lb. It’s a mighty mite, however, as it generates 9 kW net to power the tank’s electrical and electronic systems, which with the upgrade include improved communications and networking gear, a new Vehicle Health Management System, an ammunition datalink and improved forward-looking infrared (FLIR) optics.

The Hatz 1D90 engine has a bore and stroke of 104 x 85 mm and an overall displacement of 0.722 L. A mechanically controlled engine, it is air-cooled in its standard configuration, but Hatz worked with MLS for several years to add liquid cooling to give the engine the capability to operate at greater temperature extremes while within the enclosed package.

The engine, which has a mechanical rating of 17 hp, directly drives a Hatz-supplied permanent magnet alternator/engine starter that incorporates the permanent magnets into the flywheel with the stator embedded inside the flywheel. The generator delivers 28 V dc power at speeds of 1800 to 3000 rpm and engine speed and generator output are controlled by a variable speed governor that maintains the system voltage to match system load. The engine can operate on a broad range of fuels, everything from conventional diesel to JP 8 jet fuel, and fuel consumption at rated load is 0.96 gph.

MLS supplied the electronic control module (ECM) that communicates with the vehicle via CAN communications. The ECM operates all software functionalities, including built-in tests, diagnostics, prognostics, fault prevention and engine/generator protection. “It’s a very advanced control system,” Hartoonian said. “When the engine shuts off, it senses where it is and closes all the valves so the engine can be immersed in water.”

The army was pleased with the performance of the low-profile APU and as part of the ongoing series of upgrades to the M1A2 Abrams platform, included it under the SEPv3 engineering change, which commenced prototype testing by prime contractor General Dynamics Land Systems in 2015. Initial operational units were fielded in late 2017. Ultimately, the APU upgrade could be retrofitted onto as many as 1500 M1A2 vehicles in U.S. Army inventory.