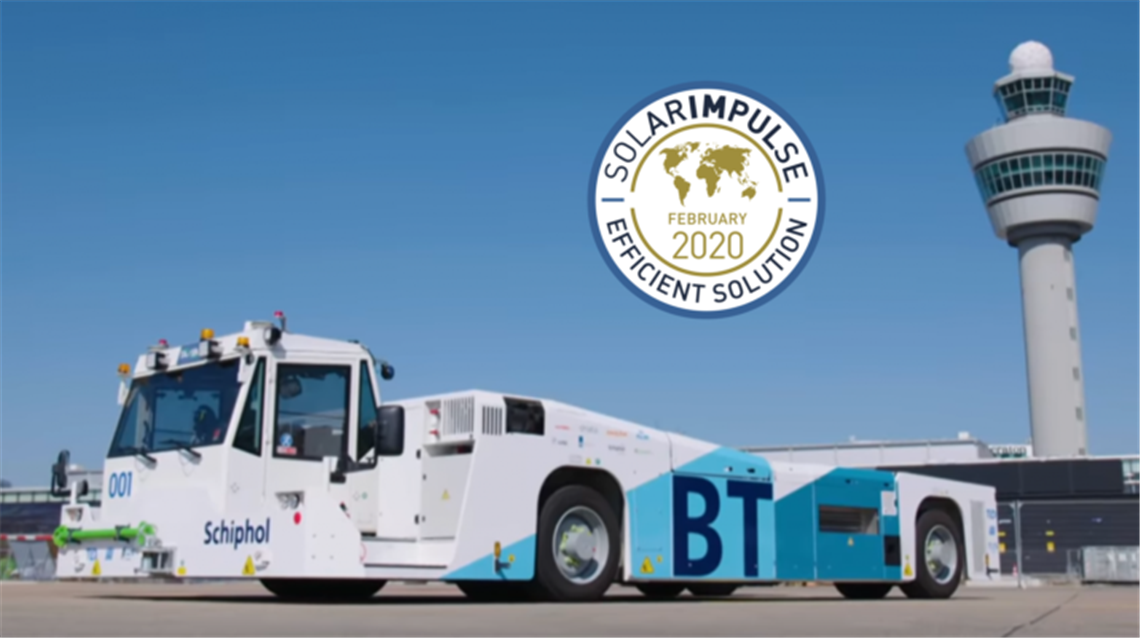 Schiphol Airport and Smart Airport Systems (SAS) have announced the start of a trial for sustainable taxiing at Amsterdam’s international airport using a TaxiBot, a semi-robotic hybrid towing vehicle designed for taxiing airplanes from the boarding gate to the takeoff runway without the use of jet engine power.

The technology behind the TaxiBot is provided by SAS, a sister company to airport ground support equipment designer and manufacturer TLD and IAI (Israël Aerospace Industry).

SAS said its mission is to provide innovative sustainable solutions for airlines and airports to help them reduce CO2 and NOx emissions, generate fuel savings, and increase the operational efficiencies at airports.

The TaxiBot is a semi-robotic tow vehicle developed that is fully controlled by the aircraft pilot when it tows the aircraft from terminal to runway and back, without the use of the aircraft’s engines. It is powered by a combination of electric and diesel engines that reportedly allow it to consume 95% less fuel during taxiing than the more commonly used aircraft engines. Full redundancy comes from two diesel engines and controllers.

At Schiphol Airport, aircraft engines are used on average 14 minutes to taxi departing aircraft and 9 minutes for arriving aircraft. As aircraft engines still require spooling to their optimum operating temperature prior to take off, SAS said the savings brought by the TaxiBot are estimated to be between 50% and 85% of the average fuel consumption normally associated with taxiing.

“We are extremely pleased with this test of sustainable taxiing in cooperation with one of the world’s most innovative airports,” said Maxime Mahieu, CEO, SAS. “We are impressed by Schiphol’s motivation which reflects in quality of the partnership they have created. All key stakeholders are aligned to show that SAS existing solutions can bring significant environmental improvements today.”

The TaxiBot trial is part of an on-going feasibility study on sustainable taxiing at Schiphol Airport. Additional criteria will include how sustainable taxiing can be incorporated into daily operations, whether it can be achieved extensively across the airport and implementation timescales.

The trial is set to run until the end of June after which the study will conclude in Autumn 2020. The test is being conducted in cooperation with the partners Air Traffic Control Netherlands (LVNL), the Ministry of I&W, Corendon Dutch Airlines, KLM, Transavia, EasyJet and handlers Dnata and KLM Ground Services.

The development of the TaxiBot prototypes was first announced in late 2012. Since that time, the robotic pushback tractors have been put into operation in India at airports in Delhi and Bangalore. Air India was the first airline to use a TaxiBot on an aircraft with passengers on board, when it brought an A320 to the runway in October 2019.