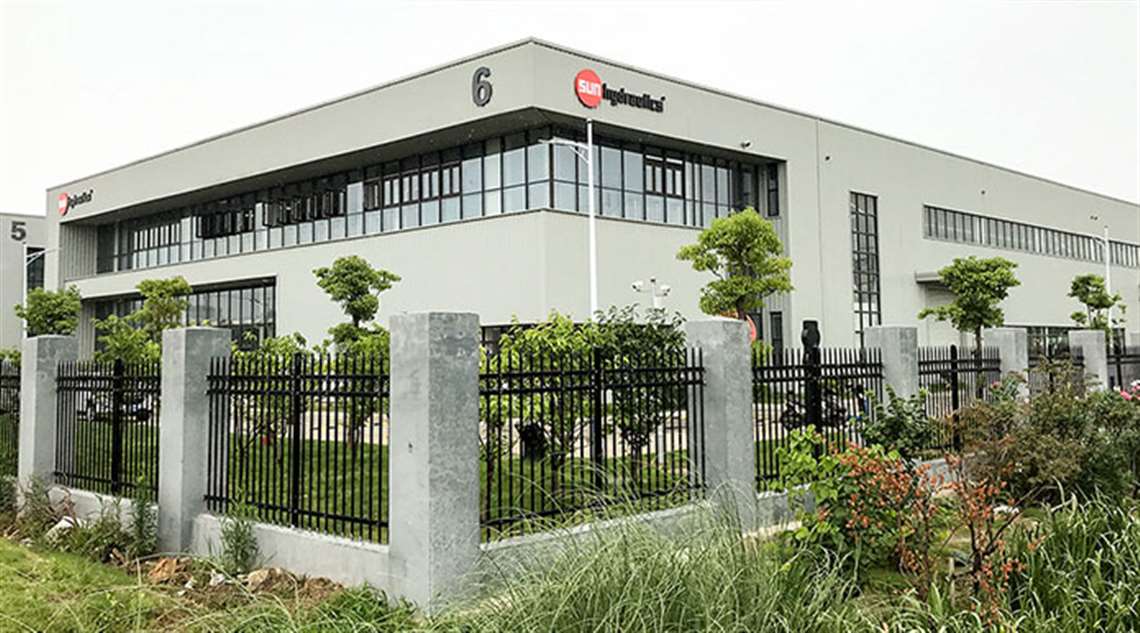 Sun Hydraulics announced the opening of its newest manufacturing plant in Kunshan, Jiangsu Province, China. This gives the Sarasota, Fla.-based manufacturer three facilities in the Americas, two in Europe and now three in Asia-Pacific.

The new 38,750 sq. ft. (3600 m2) facility increases its capacity in the Asia-Pacific (APAC) region to better serve its local customers, the company said. Initially, the factory will perform assembly and test for a selected range of products sold in the region. Over the next few years, we plan to further ramp up manufacturing within this facility.

“With today’s opening of the Kunshan facility, Helios Technologies has made its third significant investment in the Asia-Pacific region over the past 12 months,” said Wolfgang Dangel, CEO of Helios Technologies, Sun Hydraulics’ parent company. Previous investments in the region included a new, larger manufacturing operation in Incheon, South Korea, and the acquisition of Custom Fluidpower based in Australia. “This investment is in alignment with the Helios strategy of ‘in the region, for the region.’ We expect continued strong growth in the APAC region and look forward to supplying a range of Sun products from this new facility.”