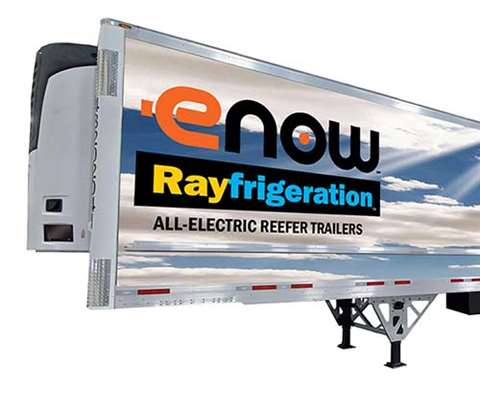 I recall while driving up to Montpellier in France about eight years ago seeing and photographing a refrigerated trailer that had emblazoned on its sides that it was all-electric. The idea was to use the extensive real estate on the trailer roof for photoelectric generation to help save the planet from carbon emissions, which certainly seems silly in a time of $7 per gallon diesel fuel. The name of the game was really to save fuel costs, but that doesn’t make it a bad thing at all.

Now in the good old US of A, you can do the same thing thanks to eNow, which is offering, through selective reefer trailer OEMs, its own highly developed solar-powered transport refrigeration system. And more. You can use different components to power and consistently run liftgates and school buses that are many times sidelined with dead batteries, given their limited on-road charging time. We only wish the company would think about extending its offering to the recreational vehicle industry, because with our downsizing to a fifth-wheel trailer, we could handily use such a system when boondocking. But I digress.

With the price of diesel fuel hovering around $5 and local municipalities and customers requiring electric operation of reefers at night, it makes good sense to run all-electric on the trailer. That’s especially when noting that while electricity prices have risen, it’s only 9%. Add to that the fact that there are now regenerative trailer axles that help charge on-board batteries. These are becoming available at OEMs in two-axle Class 6 and three-axle Class 8 vehicles in addition to full battery-electric drivetrains in prototype vehicles that customers are using as they try electrics in regular service.

eNow is partnering with XL Fleet Corp. in developing its trailer refrigeration installation and has been running units accumulating 150 million miles to date. More amazing is that those trailers are said to have saved 300 million gallons of diesel fuel and eliminated 26000 metric tons of CO2 from going into the atmosphere. Another partner is Calstart. While based in California – where regulation invariably starts – Calstart actually has offices around the country and can be a great resource for finding incentives wherever you’re based.

With an all-electric system replacing the diesel engine that is normally the power source of trailer refrigeration units, the unit is far quieter as well as zero emissions, and about half of the maintenance cost, according to eNow. The really good news for California-based carriers is the available credits that are currently available but will go away when mandates hit. But right now, you can get a CARB Core incentive of $65000 per trailer. Coupled with other incentives, the all-electric trailer can cost $3000 less than a diesel-powered refrigeration unit on an annual lease.

But there’s more to consider. What about the charging infrastructure when the sun is not generating photoelectric power? The system is based on a 480 V three-phase architecture because there are many charging stations at refrigerated warehouses that insist on electric overnight operation of truck refrigeration. 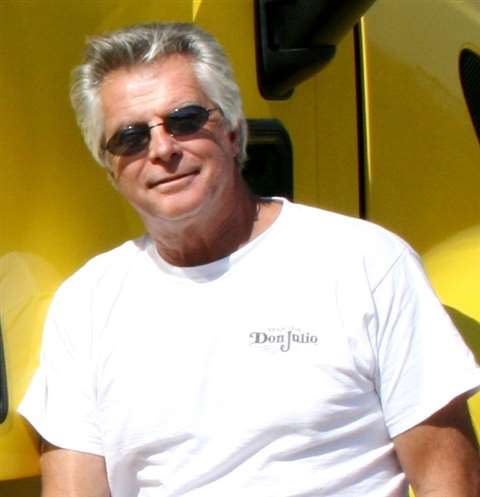 There is some concern that upcoming regulation will increase demand the nearer we get to the deadline dates. The critical part is to get requests for incentive funding, which will last a year, although the special conditions of COVID may mean some extensions. But this needs thought and planning now. As far as eNow is concerned, it said it has made provisions for anticipated demand and won’t be a bottleneck in the process.

But another consideration that needs to be addressed early is the electric utility infrastructure at terminals and other facilities so that there is capable capacity to recharge. That might be a hub-and-spoke fleet and that conversation should be considered even now because getting the trailer may take months; upgrades to the infrastructure can take more than a year.

While it is a burden on fleet management, going all-electric on reefer trailers makes great sense. Truckers can save on monthly lease payments, maintenance is less so the chance of service failures is reduced and, of course, expensive fuel is saved. They should make the bid process easier and less painful for the customer because the all-electric reefers are good for the environment and quieter than their engine-powered counterparts. 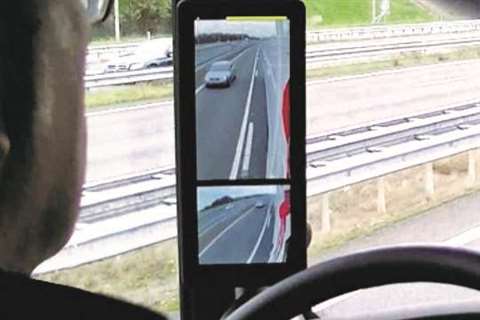