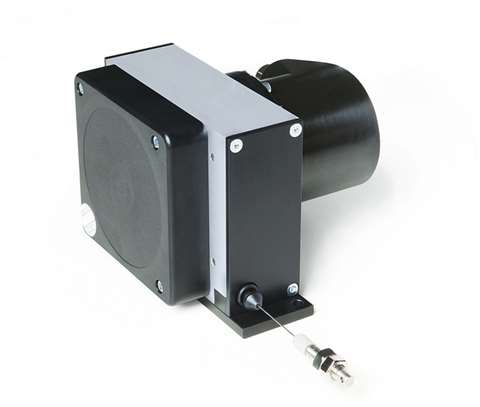 The new additions to the Pure Mobile range is described as being both compact and rugged, while also being easier to install and integrate.

The sensors have been designed for use with crane booms, but are also suitable for use with any vehicle with a boom-type structure, including forklifts, lifters or the aerial lift on fire trucks.

The optional integrated single-axis inclinometer can be added to any Siko draw-wire encoder. This helps to reduce space used, cabling and costs.

The units can measure inclinations in the range of 180ᵒ. With a resolution of up to 0.001ᵒ and precision of 0.2ᵒ, the units deliver high precision even in the case of minor deflections. This is further supported by integrated temperature compensation.

Sensor data can be transmitted independently of the position value via CANopen, CANopen Safety or SAE J1939 interfaces.

The SG121 and SG150 are available in both redundant and non-redundant position and inclination detector variants, which allows them to be used in safety-critical applications up to performance level ‘d’.