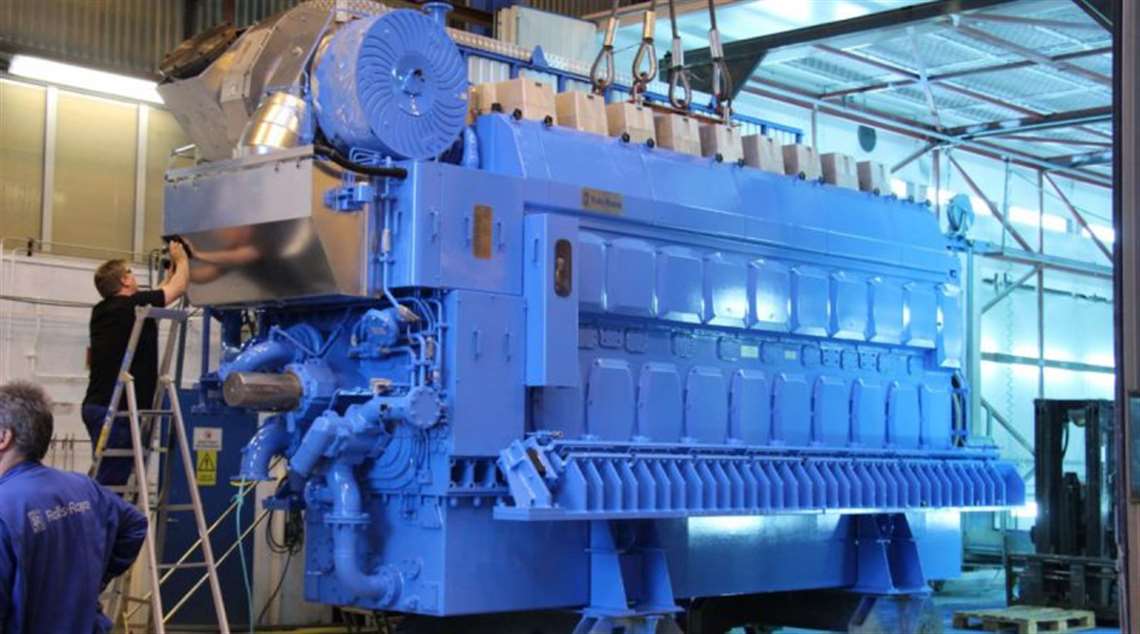 Rolls-Royce plans to shed its medium-speed gas and diesel engine business based in Bergen, Norway.

“As part of our ongoing efforts to evaluate our portfolio and create a simpler, more efficient group, today we announce the decision to carry out a strategic review of Bergen, our medium speed gas and diesel engine business,” according to the company. The announcement was made as part of the company’s presentation on 2019 financial results. Employees in Bergen were told of the decision in Thursday, Feb. 27, according to media reports.

The Bergen operations generated sales of £239 million with an underlying operating loss of £18 million in 2019.
The Bergen operation was purchased by Rolls-Royce in 1999 and was made part of the company’s Power Systems division during 2019 as part of a company-wide reorganization.

The original Bergen Mekaniske Verksted (BMV) was founded in 1855. Bergen began making diesel engines in 1946 and has produced about 7000 engines since then—about 5000 are still in service, the company said. The company employs about 770.

Although there were “challenges in certain power systems end markets,” the power business had success targeting new applications, such as mission-critical backup power, and building sales in certain geographic areas, especially China, said Warren East, CEO of Rolls-Royce. In 2019, Rolls-Royce signed agreements for the delivery of more than 700 MTU engines in China. About 10% of the power system divisions revenue is derived from greater China, East said.

The company said there are macro risks to navigate in 2020, notably the outbreak of COVID-19.

“The situation is still evolving, and as such our guidance for 2020 excludes any material impact. We are monitoring developments, taking mitigating actions, and will update the market as appropriate,” the company said in its earnings report.