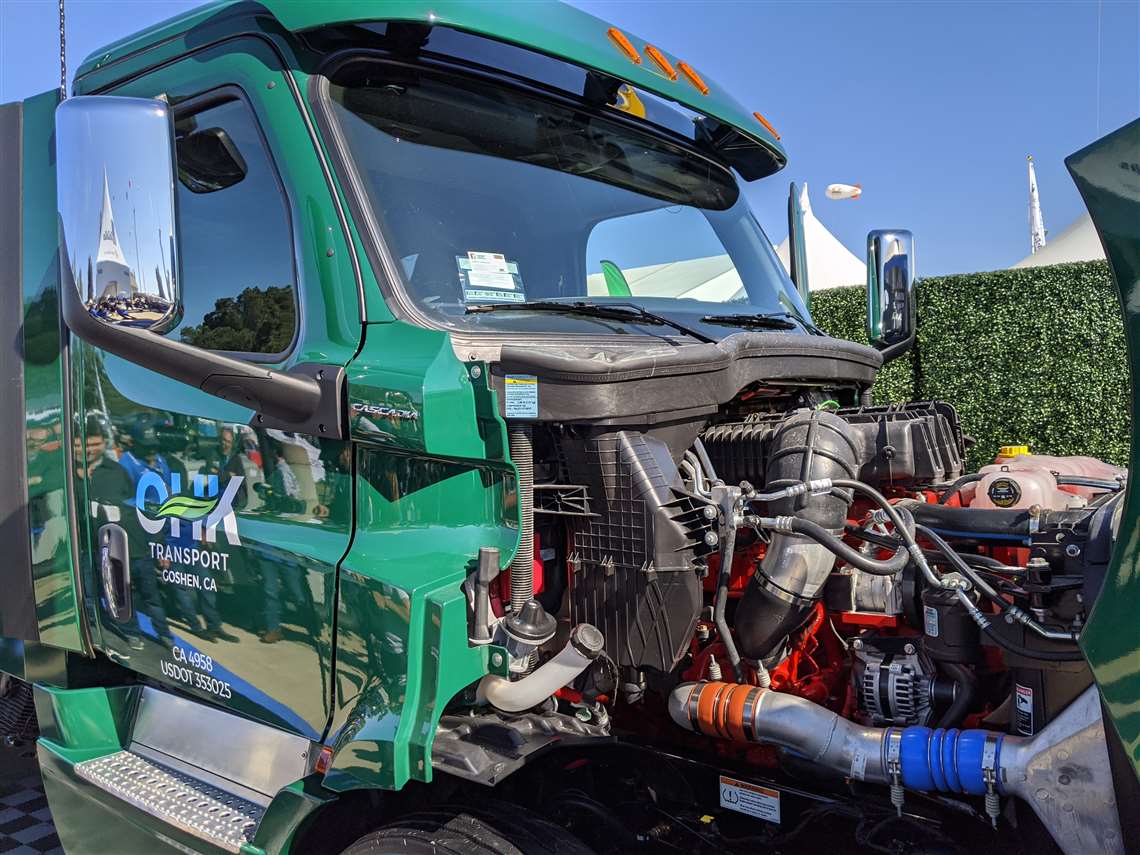 In California, the production and use of renewable natural gas (RNG) has been on the increase ever since the enactment of Senate Bill No. 1383, the 2016 law that addressed “short-lived climate pollutants, such as black carbon, fluorinated gases and methane.” The latter meant a 40% reduction in emissions from dairy farms and diversion of food and green waste from landfills. There are reportedly 30 dairy RNG projects are now in operation in the state, and about 50 more are in various stages of development. Over a year ago, RNG from a San Joaquin Valley dairy digester facility began flowing into pipelines operated by Southern California Gas Co. (SoCalGas). Headquartered in Los Angeles, SoCalGas has said it is committed to replacing 20% of its traditional natural gas supply with RNG by 2030.

“In our experience, near-zero emissions natural gas trucks are the closest direct replacement for diesel trucks in terms of their power and speed, the 600-mile range they provide between refueling, the ability to fast-fuel in about 10 or 15 minutes, and most importantly, their ability to compete on a cost-per-mile basis,” said Vic LaRosa, CEO and President of TTSI. “Our fleet has been operating natural gas trucks reliably and cost-effectively for several years and plans to continue our investment based on the proven results and ROI we’ve achieved.”

A few hours north of L.A. on Highway 99, in the state’s agriculture-heavy San Joaquin Valley, a dairy cow nutrient manufacturer and supplier has announced its plans to buy 30 new trucks for OHK Transport, Western Milling’s in-house haulage company, that will deploy from Goshen, Calif. The trucks will be fueled at compressed natural gas (CNG) stations using RNG, which SoCalGas said can reduce greenhouse gas emissions by as much as 80%.

“Through the use of heavy-duty renewable CNG trucks, we’re becoming more sustainable while simultaneously creating value for our employee owners,” said Kevin Kruse, CEO, Western Milling. “It’s good for everyone involved; us, our customers, and the communities in which we serve.”

“The combination of new near-zero-emission natural gas engine technology and RNG provides the single best opportunity to achieve immediate and substantial NOx and GHG emission reductions in the on-road heavy-duty transportation sector,” said Tom Swenson, business development manager at Cummins Westport. “We are proud to support a near-zero emissions strategy for our customers.”

Processing the methane, or biogas, collected from the manure lagoons of massive dairy operations is handled by digesters installed by companies such as California Bioenergy (CalBio), a Visalia, Calif.-based firm that said it has dozens of dairy digesters and methane capture projects in operation or in the planning stages throughout the valley.

The company develops three kinds of dairy digesters. Ones that send biogas to a central facility where it is upgraded to nearly pure methane and injected into the utility pipeline; biogas to an on-farm upgrading facility where it is converted to nearly pure methane and onloaded to a tube trailer and delivered for use as RNG to fuel vehicles; or used to operate a fuel cell or engine to generate electricity.

This article originally ran in the July 2020 issue of Diesel Progress magazine.