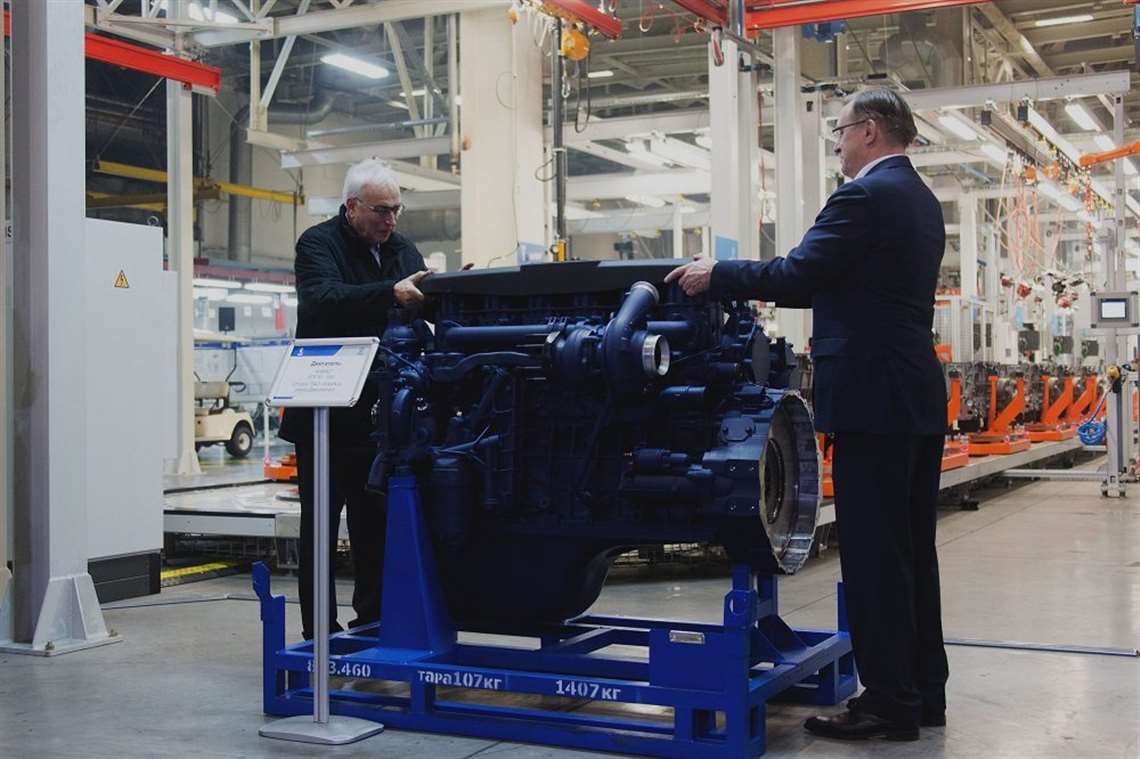 Initial engine assembly began in December and the production lines are currently working in start-up mode. The official launch will follow at the Kamaz’ engine production plant in March.

“Our companies have been cooperating for many years, starting from the moment of the development of production facilities for Kamaz gearboxes,” said Willi Liebherr, president of the Liebherr Group. “Therefore, it is a particular pleasure to be present at birth of a new engine, which is the direct result of the mutual hard work of the developers and engineers.”

The new six-cylinder inline engine has a displacement of 12 L and is equipped with a common rail injection system and electronic controls developed by Liebherr. With ratings of 402 to 697 hp (300 to 520 kW), the engine complies with Euro 5 emissions standards and provides sufficient capacity to comply with Euro 6 standards in the future, Liebherr said. The engines will be used on the Kamaz K5 new generation trucks, planned for production in 2019.

“In order to produce the most advanced range of Kamaz vehicles an innovative approach behind our projects was required”, said Kamaz’ General Director, Sergey Kogogin. “We are striving to optimize our product for customers and to enter new markets.

“The new powerful and reliable engines, which are based on advanced global technologies and created in collaboration with our partner Liebherr, who has extensive experience in development and manufacturing of engines for difficult climatic and operational conditions, will allow us to significantly improve the technical and consumer-oriented characteristics of vehicles and to build trucks that are safer for people and the environment.”

The new assembly lines at the Kamaz facility are designed to produce 12,000 units a year and the new engine project so far created 150 new positions at Naberezhnye Chelny.

More details will be included in an upcoming edition of Diesel Progress International. 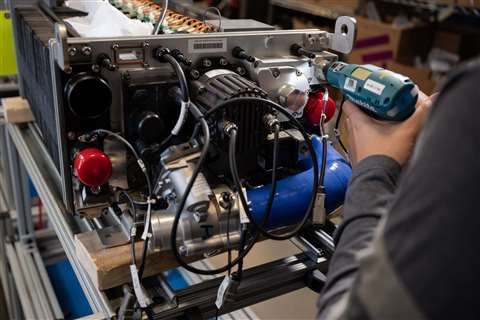 Answers to common queries about fuel cells
It is fair to assume that a lot of engineers at mobile and stationary original equipment manufacturers understand the technology of Proton Exchange Membrane (PEM) fuel cells. After all, fuel cells have been around since the mid-1800s (at least in concept) and over the years have been involved in some rather high-profile applications with the most notable arguably the US space program.But as the push toward cleaner and hydrogen-based becomes more pronounced, how do fuel cells work has taken a backseat to a much more prosaic queries, such as How will they fit in my vehicle or machine? How many do I need to use in my equipment? How long do they last? How are they serviced?As Diesel Progress editors have regularly heard these kind of questions, we have collated the most common queries and asked two leading professionals for their answers.Philippe Gorse (director of fuel cell technologies at mtu solutions in Germany) and Ryan Sookhoo (business development director for Cummins’ fuel cell business in Canada) were posed the questions.
Loading...
Latest News