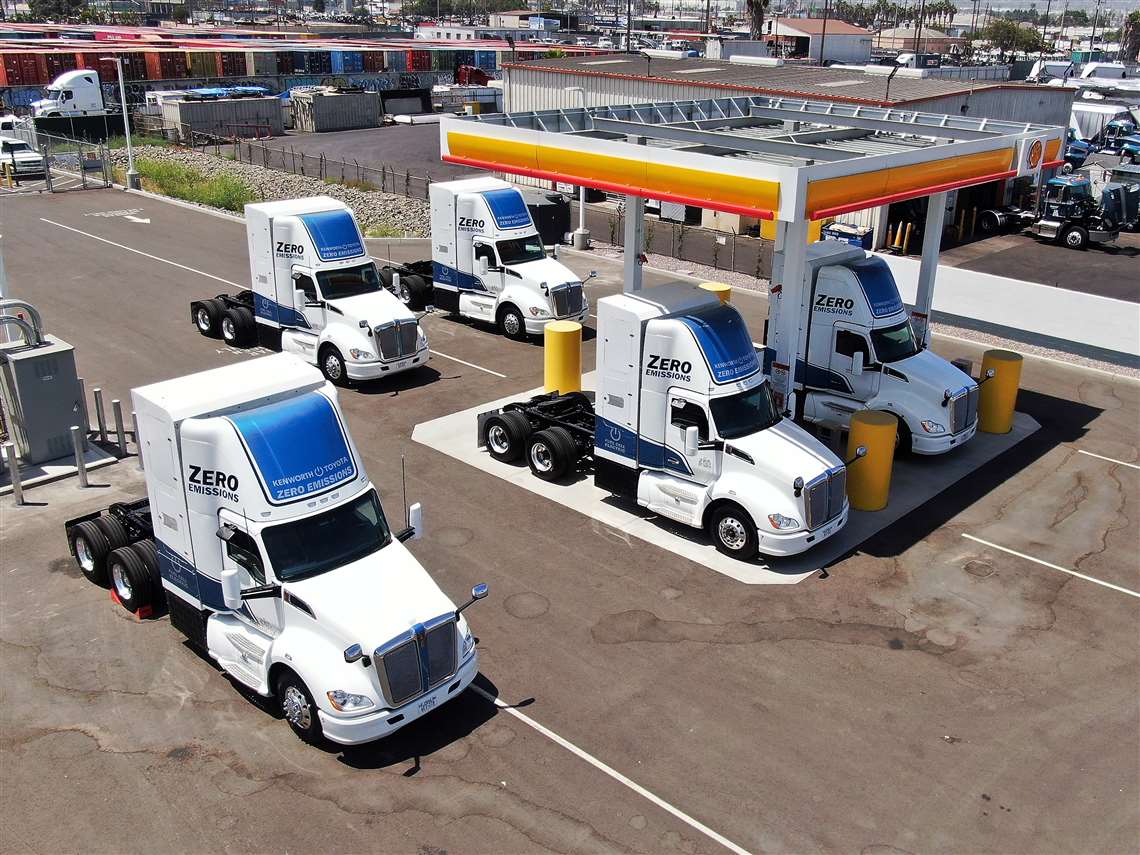 There are a total of 10 Kenworth T680 FCEVs involved in the Port of Los Angelese project. The first five vehicles have been delivered to fleets in California for commercial service.

The Port of Los Angeles and its partners have debuted five new hydrogen-powered fuel cell electric vehicles (FCEV) and the grand opening of two hydrogen fueling stations. Under the $82.5 million Shore-to-Store (S2S) project, more than a dozen public and private sector partners have teamed up for a 12-month demonstration of the zero-emissions Class 8 trucks and will expand the project to include five more hydrogen-fueled heavy-duty trucks, two battery-electric yard tractors, and two battery-electric forklifts.

The large-scale, multiyear demonstration is designed to advance the port’s Clean Air Action Plan goals and help California achieve statewide targets for reducing greenhouse gases and toxic air emissions. The project is designed to assess the operational and technical feasibility of the vehicles in a heavy-duty setting, as well as to expand infrastructure to support hydrogen throughout the region.

“Transporting goods between our port and the Inland Empire is the first leg of this next journey toward a zero-emissions future,” said Port of Los Angeles Executive Director Gene Seroka. “This project is a model for developing and commercializing the next generation of clean trucks and cargo-handling equipment for the region and beyond. Just as the air we breathe extends beyond the Port’s footprint, so should the clean air and economic benefits we believe this project will yield.” 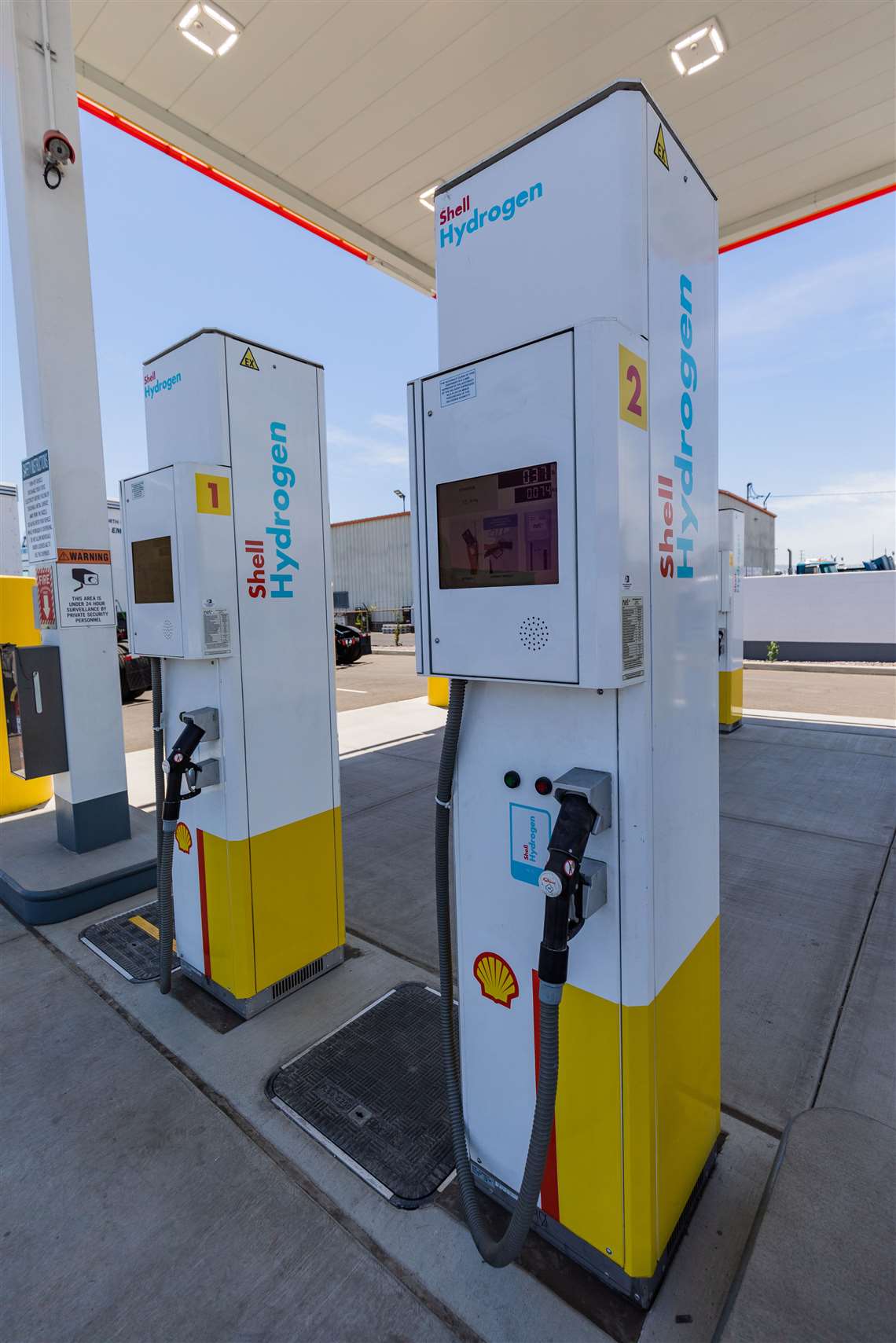 “The innovative Shore-to-Store program is helping pave the way toward commercialization of fuel cell electric technology in the transportation sector,” said Bob Carter, executive vice president, Sales, Toyota Motor North America. “By utilizing this technology, port operators like our own Toyota Logistics Services (TLS) can utilize a zero-emissions and scalable solution for CO2 reductions, which will contribute to cleaner air at the port and the surrounding communities where TLS operates. This is an important milestone in Toyota’s drive toward carbon neutrality.”

“This significant fuel cell electric vehicle program at the Port of Los Angeles is a key element of Kenworth’s industry-leading efforts of ‘Driving to Zero Emissions’ in the U.S. and Canada,” said Kevin Baney, Kenworth general manager and Paccar vice president. “We’ve built all 10 of the Kenworth T680 FCEVs involved in the project, and the first five vehicles are now delivered to fleets in California for commercial service at the Port of Los Angeles.”

The California Air Resources Board (CARB) is supporting the project with a matching grant of $41.1 million. Project partners are contributing the remaining $41.4 million in financial and in-kind support.

“Getting these trucks into service is another positive step for this groundbreaking program,” said Gordon Reimer, President, Southern Counties Express. “We have been involved with this project since the beginning, so we are excited to see the continued progress of this technology.”

Gas and technology leader Air Liquide is also participating as a fuel supplier. The Port of Hueneme will partner on drayage runs and serve as the site for testing the zero-emissions yard tractors.

Other public sector partners are the South Coast Air Quality Management District (AQMD), serving as a project advisor; the National Renewable Energy Laboratory, which will collect and analyze project data; and the Coalition for a Safe Environment, representing the community.

The vehicles’ duty cycles will consist of local pickup and delivery and drayage near the port and short regional haul applications in the Inland Empire. Partners will study the technical feasibility of hydrogen-fueled tractors and battery-electric cargo handling equipment operating under the rigorous demands of the Southern California market. At the same time, they will measure the reduction of nitrogen oxide, particulate matter, and greenhouse gas emissions, as well as other pollutants.

Planning for S2S began in 2018. The project is one of 16 demonstrations underway at the port to accelerate near-zero and zero-emissions solutions for moving cargo. 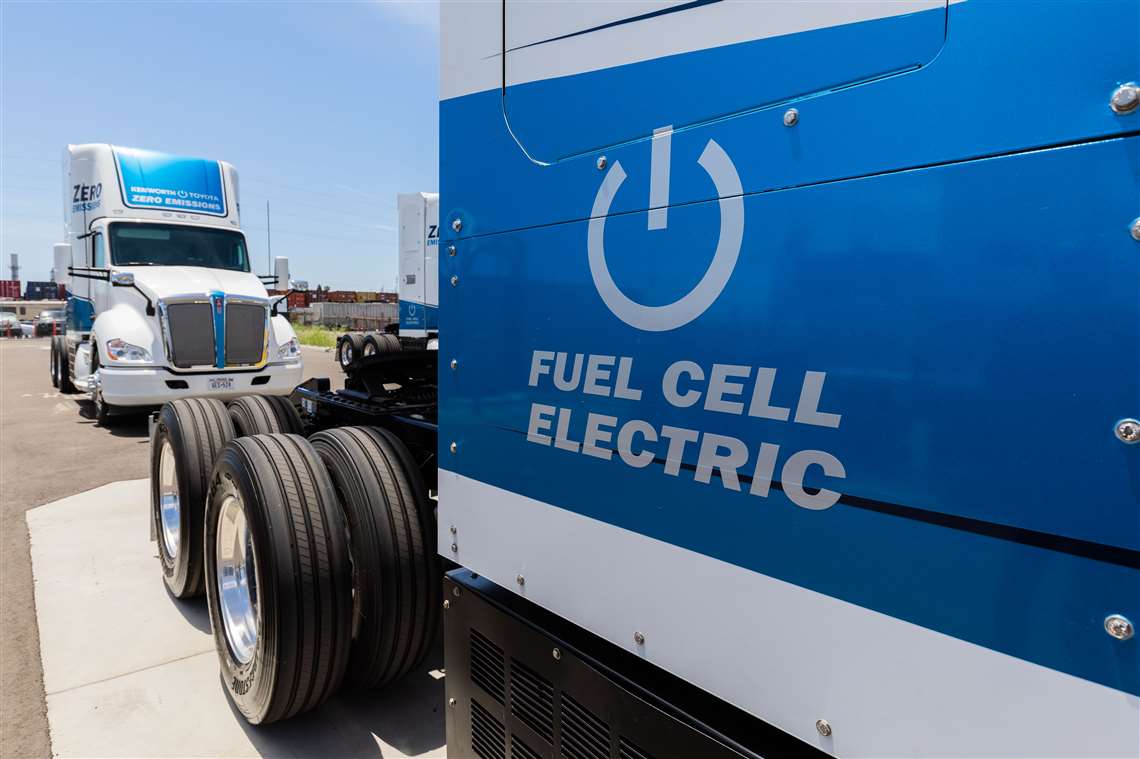