Next Generation Spreader And Joystick 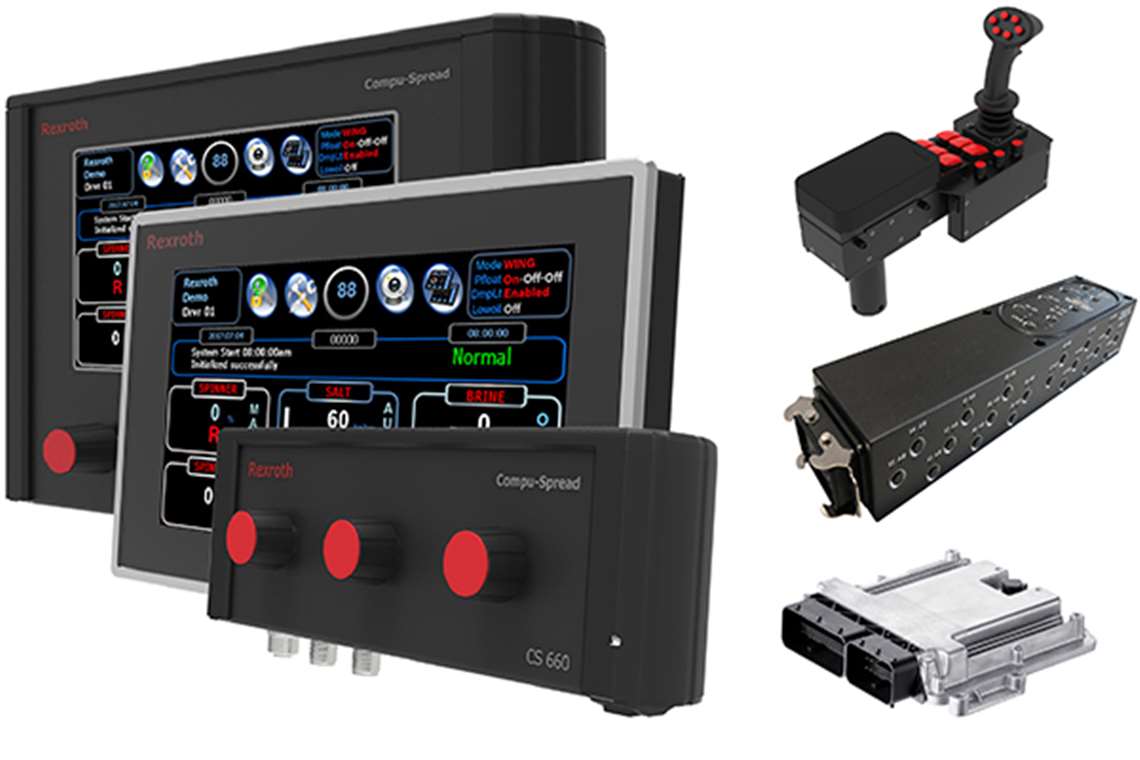 Bosch Rexroth has launched the CS-660, its next generation of connected devices for the controlled application of material and associated actuator control. The Compu-Spread System is designed to provide closed-loop ground speed related control of multiple actuators used in material spreading.

A global positioning interface supports multiple satellite systems and the HMI is available with integral or remote mount 7 in. color capacitive touch screen. CANbus links the three-axis joystick in the console, used to operate secondary actuators (up to nine proportional functions), to both the HMI and the remote mount BODAS RC micro-controller which drives the hydraulic valves.

The system is highly configurable and in addition to the drop-down menus used to set up the spreader system according to the vehicle requirements, the joystick console is modular, allowing the selection of various joystick and switch configurations.

Full data transmission can be done live with the built-in WiFi feature. Two Wi-Fi channels are offered with the CS-660, one which can be dedicated to a camera. Video can be shown on the CS-660 display. The WiFi utility allows remote flashing of the HMI which can be extended, when connected, to access the RC microcontroller.